Ranked among the world’s iconic sites, along with the Great Wall of China and the pyramids of Egypt, is the legendary Machu Picchu, a pre-Columbian Inca city in south central Peru. Dating back to the 15th century, it’s phenomenal construction and historical significance make it one of South America’s most famous attractions. Almost nobody, including myself, visits Peru without seeing this awe-inspiring complex built around the mid-1400s at the height of the Inca Empire. While Machu Picchu is the icing on the cake for any visitor, this country bordering the Pacific Ocean and surrounded by the neighbouring nations of Ecuador, Chile, Bolivia, Brazil and Colombia, has a great deal more to offer. Visually pleasing, Peru’s diverse geography is defined by the lofty peaks of the Andes Mountains together with the Amazon rainforest, tangled jungle, lowlands, coastal beaches, rivers and valleys. 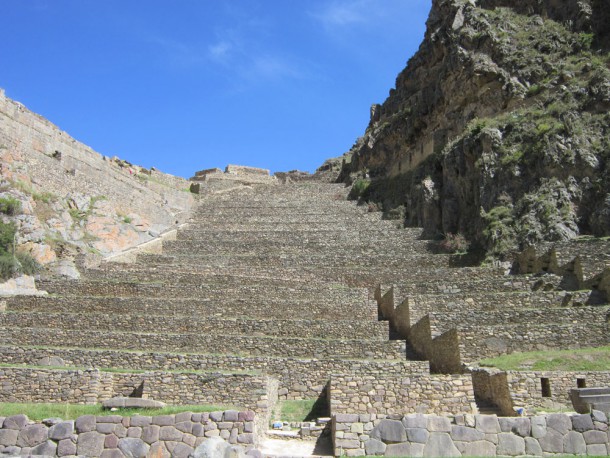 Magical, mystical, haunting, and altogether mind-numbing, were the reactions I had when first setting eyes on this unbelievably massive complex of stone terraces, dry-stone walls, stone staircases, ceremonial baths, various temples, a major shrine and a central plaza. Lying in the middle of a tropical forest at nearly 8,000 feet above sea level and flanked by the Andes Mountains, this remote jewel of Peru was not discovered until 1911 by an American historian. Abandoned by the Incas 400 years ago, there is no definitive answer as to why they lived there, why they left and what exact importance the complex had to the Incan culture. How enormous amounts of huge stone were transported to the site over a lofty, difficult terrain also causes wonderment. In fact, much about Machu Picchu remains a mystery to this very day. In addition, the carving and fitting of stone is a testament to the finest masonry work ever devised. All in all, this UNESCO World Heritage Site is one of the most fascinating places on the planet where visitors are dumb-founded by the enormity and complexity of its construction in a period devoid of sophisticated tools and equipment for building such a mammoth structure. The mysteries of Machu Picchu merely add to its fascination. 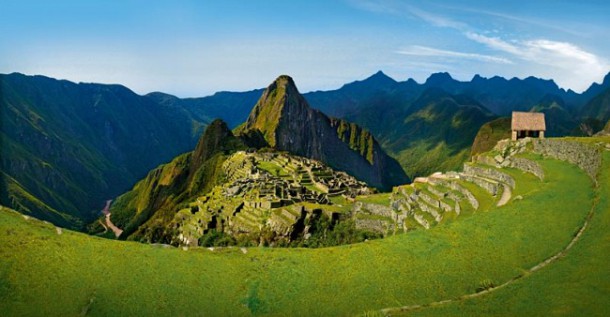 Formerly the capital of the Inca Empire, it is said the city of Cusco (capital of the region in which Machu Picchu is located) was covered in gold before Spanish conquistadors swooped in and plundered it. Known by the Incas as the “navel of the world,” it’s the gateway to Machu Picchu and other Incan sites. In fact, anyone who visits Machu Picchu will be obliged to pass through Cusco unless they opt to walk the Inca Trail, an arduous four-day trek. From Cusco the trip involves taking a train followed by a bus that transports people to the site’s visitors’ reception area. Because of a time restriction I did the train/bus route instead of the trek, however, I met a Calgarian who had hiked at least part of the trail. “My favourite memory,” he said, “was waking up and exiting from my tent to look down on the clouds below. I couldn’t believe I had slept above the clouds.” 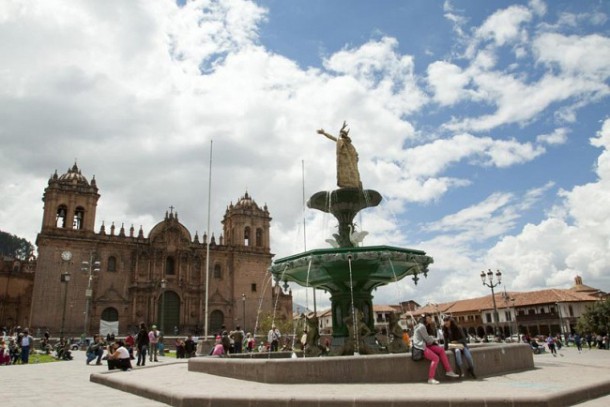 For most visitors there may be an excitement to rush to Machu Picchu without taking time to stop at Cusco, South America’s oldest, continuously inhabited city that lies about 11,000 feet above sea level. Here among its maze of streets large Spanish churches, cathedrals and museums have been built on the foundations of former Inca temples and other buildings. Declared an UNESCO World Heritage Site in 1983, the town is a treasure trove of Spanish colonial buildings but it’s also a lively place particularly around the central plaza. Here, there are market stalls, street vendors hawking souvenirs and local crafts, food, musicians and more. Just above the city the remains of the Temple of Saksahuaman is constructed of stones weighing up to 200 tons giving rise to a theory that only aliens could have managed its construction. It’s estimated the building of the temple would require 30,000 men working for 80 years to complete it. 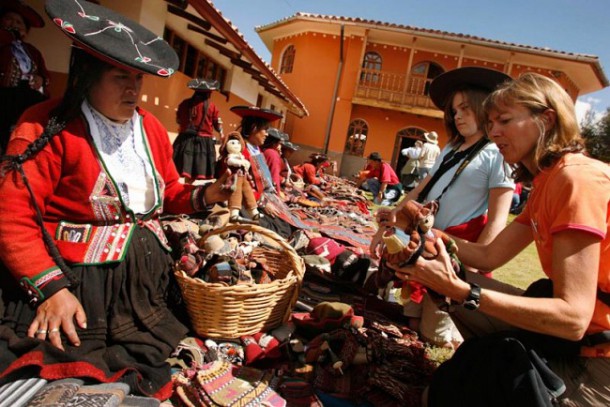 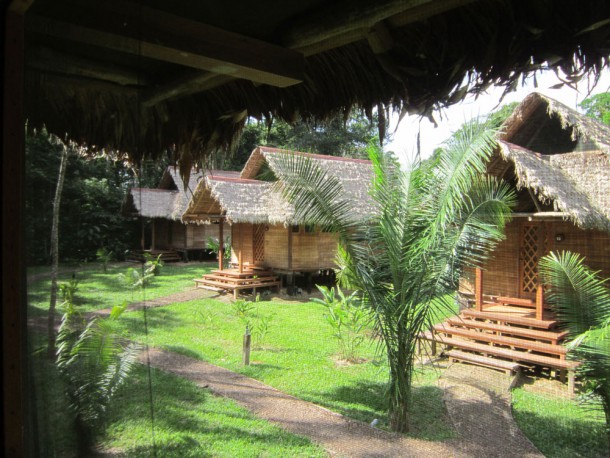 Just as I would not visit Peru without seeing Machu Picchu, neither would I visit without experiencing the fabled Amazon rainforest. A little research suggested that getting the most from this portion of the trip would be to settle into a rainforest resort where staff could offer guided excursions to spots I might never find on my own. Enter the Inkaterra Reserva Amazonica Resort. This private reserve, surrounded by a vast jungle canopy, was a fortuitous find. A leader in environmentally sound policies, the resort has eight cabanas that are open to the elements and beds are draped in mosquito netting allowing guests to fall asleep to the sounds of the jungle. Moreover, all buildings are made of natural woods with thatched roofs. Days here are filled with hikes and nature walks where the flora and fauna of the rainforest unfold before your eyes. There are hikes to protected lakes teeming with fish including deadly piranhas, plus thrilling canopy walks and canoe trips. Wildlife spotting can include tropical birds, howler monkeys, side-neck turtles, giant otters and serpents—even the fearsome anaconda.

Peru: www.peru.travel
Machu Picchu: See www.machupicchu.org or call 1-888-671-2852
Inkaterra Reserva Amazonica: See www.inkaterra.com or call 1-800-442-504
Note: Visitors to Machu Picchu need to know that the extreme elevation of the place gives rise to thinner air. Consequently people with breathing or other health problems need to investigate their fitness for such a trip.