After years of seeing reproductions of Monet’s work on the waiting room walls at doctor’s offices, I had developed a kind of Pavlovian response to the images. The very sight of water lilies made me bored, impatient and frustrated.

I now have a new appreciation for Monet, his fellow impressionist painters and the landscape that inspired them. The miracle cure – a few days in Normandy, seeing the actual paintings and sights they depict. 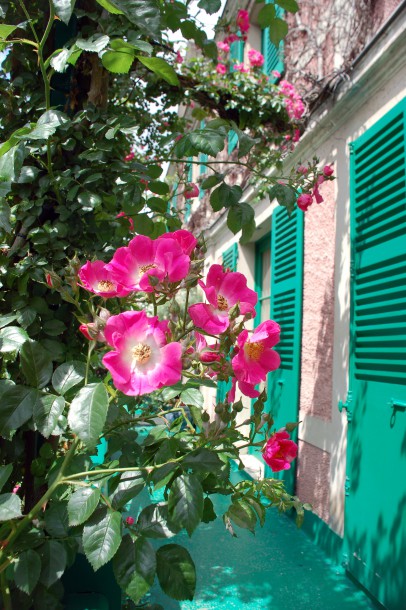 The northeastern corner of Normandy, known as the Seine-Maritime, is the cradle of Impressionism. The Seine River and estuary, limestone cliffs, tiny ports and cities of this serene area were favoured locations for Monet, Pissarro, Sisley and others to set up their easels and capture the limitless facets of light and colour.

Le Havre and to Hold

The port city of Le Havre holds a prominent position in the history of Impressionism. It was Monet’s painting of Le Havre marina at dawn, titled Impression Sunrise, that (after receiving harsh reviews from an art critic) gave the new art movement its name. 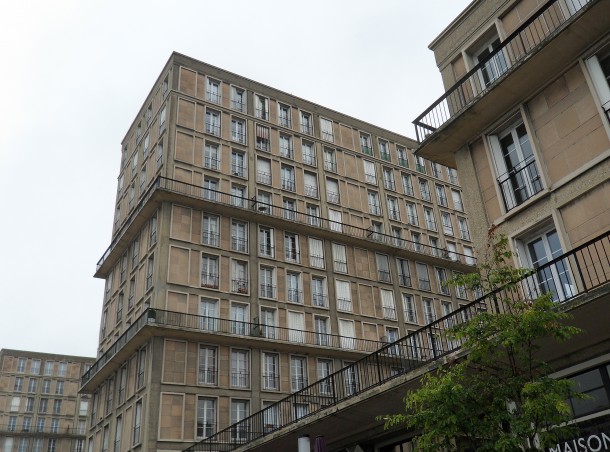 During WWII, allied bombing almost completely destroyed the city that had once inspired the Impressionists. The commercial port and seaside resort that greets visitors today is a post-war creation designed by modernist architect Auguste Perret.

Thanks to its uniquely comprehensive modernist city center, Le Havre received UNESCO World Heritage distinction in 2005. I have to admit, I have a soft spot for half-timbered houses and small meandering medieval lanes, so under heavy grey clouds and a steady drizzle, Le Havre’s concrete-lined streets seemed sombre at best. I lamented the loss of the beautiful old town that must have existed before the war. However, a visit to the Perret model apartment quickly changed my mind. The apartment is bright and spacious, with floor to ceiling windows in each room and presented with period furniture and all the modern amenities of the time. These apartments ushered in a miraculous rebirth of the city and a new start to those who had lost everything in the bombings. 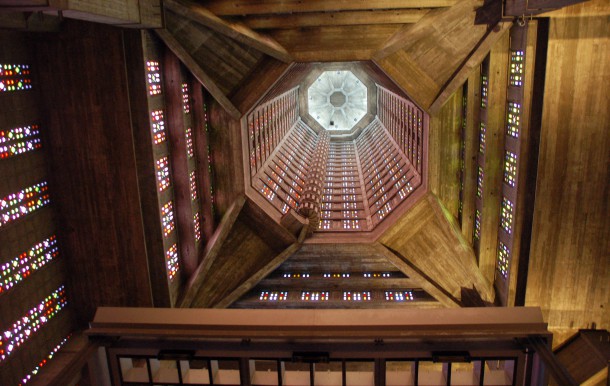 Perret’s love affair with reinforced concrete culminated with the l’Église Saint Joseph. Often referred to as a spiritual lighthouse, due to its 110m (350ft) octagonal lantern-tower, the church is dedicated to the memory of the bombing victims. Running my hands along the rough, unfinished walls and huge square pillars, I can feel the marks left behind from the concrete moulds. Aside from the over 12,000 small, square and diamond stained-glass windows and two small statues, there is no decoration. The cement floor slopes slightly down towards the altar, which rests beneath the soaring open tower. Sitting on a former theater seat, used in place of pews, I look up to the geometric colours that resolutely stand out amongst the church’s 50,000 tons of concrete. In most churches, these tiny blocks of colour would be lost and over-powered, but here the orange, pink, green, purple, yellow and red command my attention.

Alongside the concrete post-war buildings is the glass and steel Malraux Museum. Its translucent seafront glass wall diffuses the natural light and bathes the open layout in soft luminance. In this setting, the thick, rough paint ridges rising off the canvas of Monet’s White Water Lilies, Fécamp Seaside, and London Parliament project a liveliness that flat reproductions have never instilled in me. Up the wooden ramp, reminiscent of a ship’s gangplank, the mezzanine brings me face to face with a wall of Boudin seascapes and church entries, along with works by Matisse, Renoir, Delacroix, Degas, and still more by Monet. 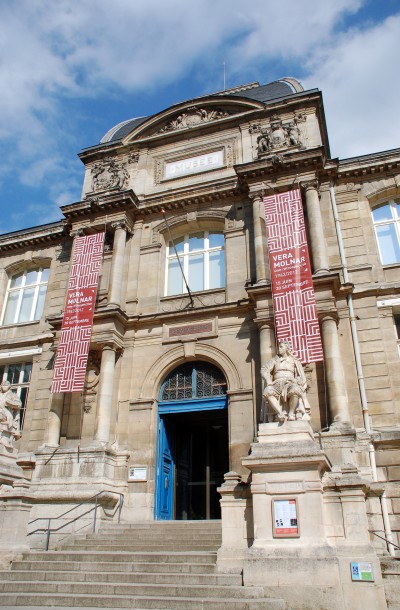 Rouen is a city that has it all: historic sites, gothic architecture, half-timbered houses, world-class museums, pedestrian lanes lined with boutiques and gastronomic delights. Grateful for the sunny skies over Rouen, I begin my tour of the city at the site of Joan of Arc’s execution in the Place Vieux Marché. A large metal cross marks the spot where she was burned at the stake in 1431. A modern church dedicated to her is only a few feet away. This church’s unusual exterior is hard to describe. The roof’s slate tiles resemble fish scales and aside from one high peak, possibly representing a flame, it is a short structure. The unconventional style continues inside, where a Viking ship inspired, honey-coloured wooden ceiling hangs above the recessed floor. The beautiful stained glass windows behind the altar are from the 16th century. 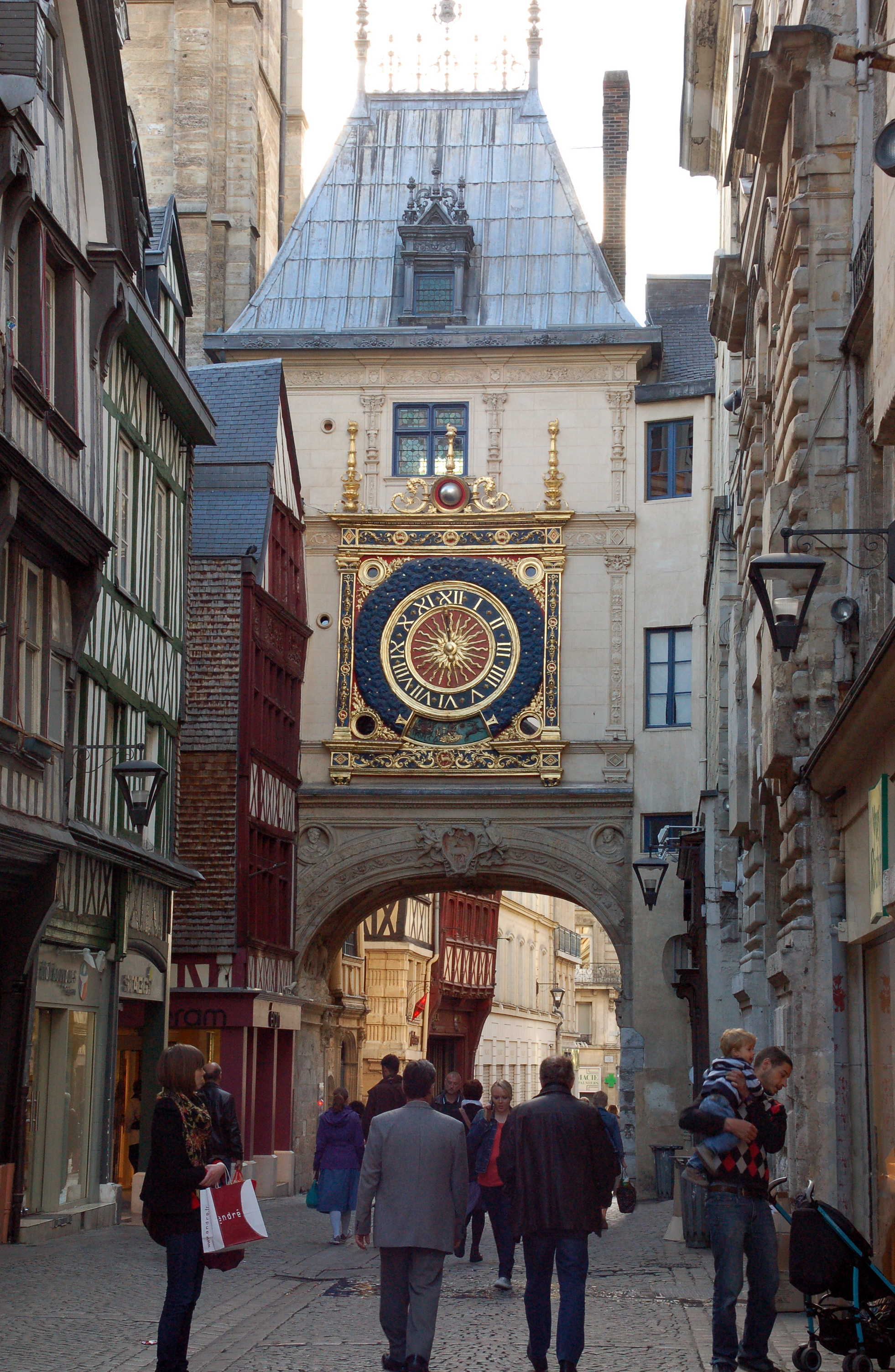 Walking along the cobblestoned streets, a few minutes later I arrive at the Gros Horloge. Truthfully titled, this large late 14th century clock shows pictorial deities to mark the day of the week, a sphere displaying the phase of the moon and only one dial – marking the hours. Continuing on the pedestrian rue du Gros Horloge, leads me to Rouen’s Notre Dame Cathedral. The façade, covered in lace-like flamboyant gothic stonework, was the subject of a series of Monet paintings. Over a period of about two years, Monet captured the western face of this monumental stone edifice as it changed with the weather and time of day.

To see one of Monet’s cathedral paintings, I enter the grand building that houses Rouen’s Musée des Beaux-Arts. I can almost feel a chill in the air while looking at the foggy, damp day depicted in Rouen Cathedral, West Portal, Grey Weather. On the opposite side of the hall, Monet’s jubilant The Rue Saint-Denis, Celebration of June 30, is a riot of colour that requires and rewards thorough observation. Still Life with Pheasant, an earlier Monet painting is in the next room. Painted in the sanctioned style of the French Academy of Fine Arts, it is vastly different from his impressionist works and shows his proficiency and skills were wide ranging. 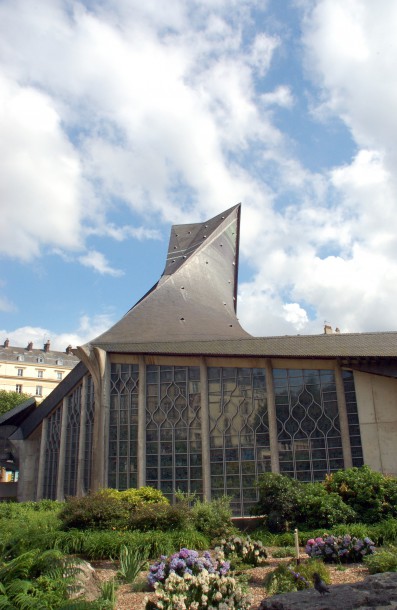 From 1883, until his death in 1926, Claude Monet lived and painted in the small town of Giverny. His long, rectangular house wears a palette of bright vibrant colours, from the exterior pink walls with green shutters to the vivid interior. The dining room, with a table that sits 14, is a bold two tone yellow. It is a bit shocking at first, but the effect is pleasant and welcoming, not garish. The calming blue and white kitchen has tiled walls, a huge black stove and a line of shiny copper pots hanging on the wall. 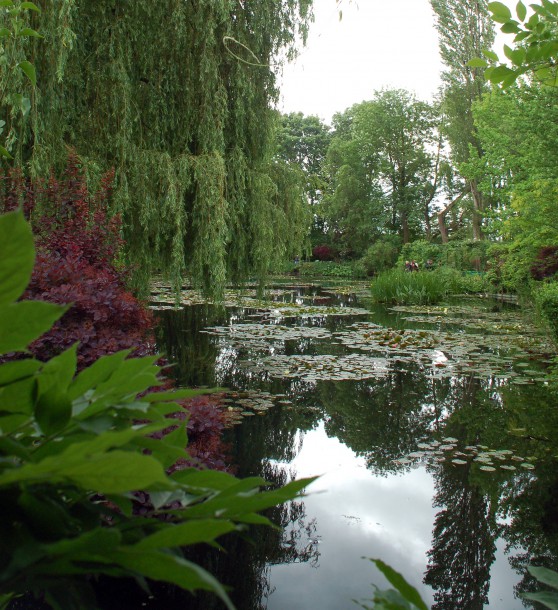 Beyond the Clos Normand and a small road, lies Monet’s most famous non-painted creation. The Water Garden, site of the real life water lilies, is far larger and more impressive than I had imagined. Even under the uncooperative grey skies the weeping willows cast sublime reflections on the water. From the often-crowded Japanese bridge, the man-made curves of the pond look like nature’s design. Beginning to understand Monet’s obsession with this garden, I suddenly wish that I could paint! As for the lily pads and water lilies…, they are beautiful, delicate and serene – a perfectly pleasing picture.

Accommodations:
In Le Havre, located just at the foot of the l’Église Saint Joseph, is the cheery and comfortable, nautical themed Hotel Vent d’Ouest. Opt for the buffet breakfast to enjoy their memorably delicious fresh squeezed orange juice. www.le-havre-hotel-france.com
In Rouen, the Best Western Hotel Vieux Marché is ideally located in the heart of the city’s old town. From here, nothing is more than a few minutes away. www.hotel-vieuxmarche.com
Dining
Rouen: La Couronne is located in a half-timbered building that practically explodes with bright red geraniums. Numerous intimate, dark wood dining rooms and halls lined with photos of past celebrity diners set the scene for an extravaganza of Norman cuisine. Julia Child approved! www.lacouronne-rouen.fr