Just For Laughs is returning in full form this to celebrate the 40th Anniversary with a star—studded lineup that will keep Montrealers laughing from July 13-31.

Just For Laughs has revolutionized the world of comedy by acting as a launch pad for the careers of hundreds of today’s most renowned comedians. Acts like Kevin Hart, Dave Chappelle, Jimmy Fallon, Amy Schumer, Jo Koy, Ali Wong, Gabriel Iglesias, Pete Davidson, Hasan Minhaj, and so many more all got their start at the esteemed Montreal festival. This year, like years past, the world’s biggest comedy stars will congregate at Just For Laughs in Montreal. 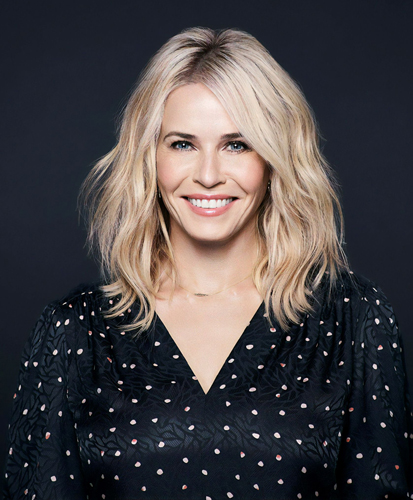 Celebrating it’s milestone 40th anniversary, the Montréal festival, which attracts over 2 million tourists to the city, will reunite the comedy industry’s hottest stars and rising talent at the world’s biggest comedy hub for over two weeks of non-stop live comedy, including arena shows, galas, concert shows, and the popular club series.

The world has endured major historical hardships in recent years, and as global leaders in comedy, our team is exerting every effort possible to curate an unforgettable festival, offering patrons from around the world the opportunity to disconnect and laugh with some of today’s most prominent comedy stars.

“We are overjoyed to be able to bring the preeminent Just For Laughs Festival back to Montréal this summer, for a historic milestone festival” shares President of Just For Laughs, Bruce Hills. “We share in the world’s heaviness right now, and as leaders in the comedy industry, we are hopeful that we can provide some much-needed levity and premium quality laughter for all audiences, industry and artists planning to gather in Montréal this July.”

Here is an overview of some of the most popular shows. There is a wealth of information on the Just For Laughs website: www.hahaha.com

Chelsea Handler is a comedian, television host, best-selling author and advocate whose humor and candor have established her as one of the most celebrated voices in entertainment and pop culture. After a strong seven-year run as the host of E!’s top-rated Chelsea Lately, a tenure in which Handler was the only female late-night talk show host on-air, she then launched her documentary series Chelsea Does followed by her talk show Chelsea on Netflix in 2016. She has penned six best-selling books, five of which have reached #1 on the New York Times Bestseller list, including 2019’s Life Will Be the Death of Me. Handler has been honored by TIME magazine as one of its annual “TIME 100;” Glamour Magazine as one of their Women of the Year; and the Human Rights Campaign, which gave her its Ally for Equality Award. Handler’s wide appeal and multi-platform success have been highlighted by publications all over the world.

Stand-up comedian, actor, and producer, Russell Peters was named as one of Rolling Stone’s 50 Best Comics of All Time, after setting attendance records at venues from Madison Square Garden to The Sydney Opera House to London’s O2 Arena – where he broke the UK attendance record for highest number of tickets sold for an individual comedy show. In 2013, Peters became the first comedian to create a Netflix Original Comedy Special. Peters has been awarded Gemini, Peabody, Emmy and Canadian Screen Awards for his hosting, producing and acting talents. His last TV series, The Indian Detective set a Canadian viewership record for Bell Media and was released globally on Netflix. He hosts the podcast Culturally Cancelled with Russell Peters and is currently developing a TV series based on his childhood in Canada in the 1980’s. He was recently one of the judges on CTV Comedy Channel’s Roast Battle Canada.

Tasmania’s own Hannah Gadsby stopped stand-up comedy in its tracks with her multi award winning show, Nanette, which played to sold out houses at the 2019 Just For Laughs and in theatres across Australia, the UK and New York. Its launch on Netflix, and subsequent Emmy win, took Nanette (and Hannah) to the world. Hannah’s difficult second album, Douglas performed around the world, selling out the Royal Festival Hall in London, the Opera House in Sydney and the Kennedy Center in DC, a sit down run in New York and shows across the US, Europe, Australia and New Zealand.

Ronny Chieng is a stand-up comedian, actor and correspondent on The Daily Show with Trevor Noah. He starred in the worldwide Marvel Studios’ hit Shang-Chi and the Legend of the Ten Rings, Disney + Doogie Kamealoha M.D., and Warner Bros.’ Crazy Rich Asians. He has his own Netflix special Asian Comedian Destroys America! as well as additional T.V. and film appearances including Young Rock, Godzilla vs Kong, Bliss, The Late Show with Stephen Colbert, and The Tonight Show with Jimmy Fallon.

Marc Maron is a stand-up comedian, podcaster, writer and actor who has four hit stand-up comedy specials – including Epix’s More Later, Thinky Pain, Marc Maron: Too Real, and Netflix’s End Times Fun, which was nominated for a 2021 Critics’ Choice Award. With his landmark podcast WTF with Marc Maron, which averages 6 million downloads per month,

John Mulaney is a two-time Emmy and WGA award-winning writer, actor, and comedian. In 2018, he traveled the United States with sold out Kid Gorgeous tour, which was later released as a Netflix stand-up special and won the Emmy for Outstanding Writing in a Variety Special; In 2015, he released The Comeback Kid, also a Netflix original, which The AV Club called the “best hour of his career;” In 2012, his Comedy Central special New In Town had Ken Tucker of Entertainment Weekly hailing him as “one of the best stand-up comics alive.”

He’s also starred on Broadway in the runaway hit written and performed alongside Nick Kroll in Oh, Hello On Broadway. The duo has since released a Netflix special of the same name, as well as Oh, Hello:

Actress, writer, comedian and internet sensation, Celeste Barber has been hailed as the “Australian Queen of Comedy”, with her celebrity parody Instagram attracting over 7.2 million followers including Reese Witherspoon, Amy Schumer, Chelsea Handler, Cindy Crawford and Tom Ford. In 2019 she was included in Variety Magazine’s prestigious ‘Variety’s 10 Comics to Watch’ Awards. In 2019, Celeste Barber Challenge Accepted! performed at the Just for Laughs Festival in Montreal and her New York show at The Gramercy was recorded for her first Showtime special before continuing with a sell-out debut season in the UK and Europe.

Tommy Tiernan has been working as a standup comedian for the past 20+ years. He currently moonlights as a chat show host and newspaper columnist. Performances are high intensity, high octane, a no holds barred roller coaster ride as Tommy continues his constant interrogation of the big ideas – Sex, Religion, Family through the lens of his quirks, personal demons and sense of outrage. His TV credits include Channel 4’sDerry Girls, BBC’s Dave Allen at Peace, SKY’s Little Cracker, and more. His film credits include Dark Lies the Island, Meetings with Ivor and more. Tommy currently hosts The Tommy Tiernan Show on RTE.

As India’s biggest stand-up comedian and a Bollywood star, Vir Das has now crossed over to become a global comedy sensation, starring in the upcoming Judd Apatow film, The Bubble, for Netflix. Das was the first comedian from India to have a stand-up special on Netflix, which has since resulted in a multi-special deal with the platform. Das has written and produced four Netflix specials in five years, including Outside In, which was shot entirely in quarantine with audience members virtually attending from around the world. His special, For India, received an international Emmy nomination. Outside of his Bollywood films, Das starred as an actor in the ABC spy dramedy Whiskey Cavalier, Fresh Off the Boat, and the Netflix series Hasmokh, which he created and executive produced.

Just for The Culture (formerly known as The Ethnic Show) is a complete celebration of diversity, inclusion, and funny people. You’ll laugh as a variety of comedians take the stage to talk from their perspective about what culture means to them. Hosted by Alonzo Boden, featuring Dave Merheje, Paul Rabliauskas, Debra DiGiovanni, Jessica Kirson, Sheng Wang and Yannis Pappas!

The Nasty Show is back and will be hands-down the filthiest show of the entire festival. Prepare for a night of kill-or-be-killed comedy featuring some of comedy’s dirtiest minds, and see for yourself why this is one of the festival’s longest-running shows. Hosted by the one and only Big Jay Oakerson with more artists to be announced soon!

The show is at midnight… the rest is a surprise! Hailed as one of the festival’s most popular series, audiences sell out each performance eager to find out which all-star comedians will be popping in for a surprise set. Previous guests have included Kevin Hart, Dave Chappelle, Tiffany Haddish, Amy Schumer and Judd Apatow.