A firm belief in the fundamental importance of culture in our society has brought the Festival des Arts de Saint-Sauveur into the ranks of major arts and culture events staged in Quebec and the rest of Canada each year. FASS is now the largest regional dance presenter in the country, both in terms of the number of large-scale shows it presents and the size of its attendance. For over 30 years, the festival has welcomed the greatest artists of dance and music on the national and international scene in the enchanting setting of the village of Saint-Sauveur.

“The arts unite us and bring color to our lives. By bringing us together to share an experience, they affirm our humanity and provide hope in a time that needs it. The living arts strengthen our sense of community,” said Guillaume Côté, the festival’s artistic director.

The next day, the duo of pianist Conrad Tao and tap dancer Caleb Teicher will perform Counterpoint, which plays on the dichotomy between their respective artistic genre. The individual expression of each of them is expanded through a common experience. The harmonic, rhythmic and theatrical counterpoint between the artists creates constellations that link their different traditions, stimulate the imagination and open the heart.

On Sunday, July 31st, Vertigo Dance Company will present One. One & One, by choreographer Noa Wertheim. Performed on an earth-covered stage, the work explores the yearning of individuals to remain whole as they face the challenges of fragmented reality. One. One & One involves both the inner and outer world, paying attention to the echo as it is reflected from different directions, while developing the metaphorical relationship between the far and near, the self and other. 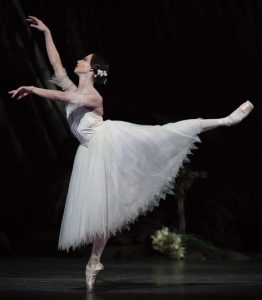 FASS continues to support Quebec creation. Anne Plamondon and Virginie Brunelle, well-known figures in Quebec dance, have been working as choreographers for a dozen years. For the first time, they will share the same evening in a double program where they will each create a piece for 12 dancers (August 3rd).

A loyal partner of FASS, the Orchestre Métropolitain and its conductor Yannick Nézet-Séguin will offer a program of varied works on Friday, August 5th : Beethoven’s 5th Symphony, Airat Ichmouratov’s “Cosmopolitan City” Overture (excerpt), Symphony No. 3 (3rd and 4th movements) by Louise Farrenc and Eko-Bmijwang and Where the River Flows by Barbara Assiginaak, of which Christophe Huss of Le Devoir declared at the time of its premiere (September 30th, 2021) “The choice of this work was a luminous perspicuousness”. 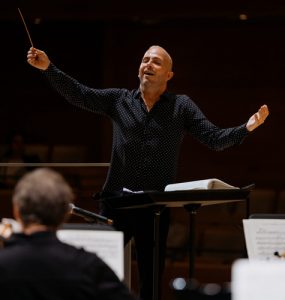 Ballets Jazz Montréal will present three works on August 6th, including the world premiere of We Can’t Forget What’s His Name by choreographer Ausia Jones who joined the BJM in 2020, Ten Duets On A Theme Of Rescue by Crystal Pite, winner of the 2022 Governor General’s Performing Arts Award (the first time in its history that FASS has presented a work by one of the world’s greatest dance creators) and Les Chambres De Jacques by Aszure Barton, the first artist-in-residence at the Baryshnikov Arts Center in 2005 and artist-in-residence at the Banff Center since 2009, who has been proclaimed Canada’s official ambassador of contemporary choreography.

On August 7th, Malpaso Dance Company will close the festival with a program that provides a glimpse into the work of Cuba’s first independent dance company with pieces by two great choreographic names, Mats Ek (Women with Water) and Aszure Barton (Stillness in Bloom), as well as a work entitled 24 Hours and a Dog by Osnel Delgado, the company’s artistic director.

This year marks the return of Dance Trails to Molson Park, the FASS Forward International Dance Film Festival in a new and improved venue, the FASS Dance Battle with Crazy Smooth in Skate Park, free outdoor performances on the McGarrigle Stage, and an exhibition of movement-inspired art at Galerie Rod.

Tickets are now on sale on the festival website: www.festivaldesarts.ca