Join Béla Fleck and his bluegrass supergroup live from their sold out show at the Ryman!

Performing music from his new, Grammy-nominated album, My Bluegrass Heart, this show will be a can’t miss moment in bluegrass and offer a one-time chance to hear all the artists from the album together on one stage. This stream features some of the most legendary instrumentalists in bluegrass music’s history alongside some of the best of the new generation of players: Sam Bush, Sierra Hull, and Chris Thile; fiddlers Michael Cleveland and Stuart Duncan; multi-instrumentalist Justin Moses; dobro master Jerry Douglas; bassists Edgar Meyer and Mark Schatz, and Billy Strings, Bryan Sutton and Molly Tuttle on guitars.

“Béla Fleck has taken banjo playing to some very unlikely places — not just bluegrass and country and “newgrass,” but also into classical concertos, jazz and a documentary about the banjo’s deep African roots, not to mention the time he toured with throat singers from Tuva. He’s also baffled the Grammy awards, winning for country and jazz in the same year and also winning in pop, world music, classical crossover and, yes, folk. That’s a lot of territory for five strings.” — Jon Pareles, The New York Times

Over the last four decades, Béla Fleck has made a point of boldly going where no banjo player has gone before, a musical journey that has earned him 15 Grammy’s in nine different fields, including Country, Pop, Jazz, Instrumental, Classical and World Music. But his roots are in bluegrass, and that’s where he returns with his first bluegrass tour in 24 years, My Bluegrass Heart.

My Bluegrass Heart is the third chapter of a trilogy which began with the 1988 album, Drive, and continued in 1991 with The Bluegrass Sessions. 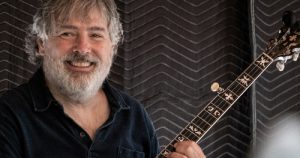 To purchase your ticket visit: https://ryman.com