The 26th edition of the Banff Mountain Film Festival’s Quebec World Tour will be offered for a second year in virtual mode. From the comfort of your living room, the festival offers a selection of short and medium-length films made by adventurers in the heart of the wilderness. Inspiring adventures, intertwined with human prowess and stories that often go beyond the protagonists’ sporting exploits. A must-see and inspiring event for fans of human and sports adventure films. 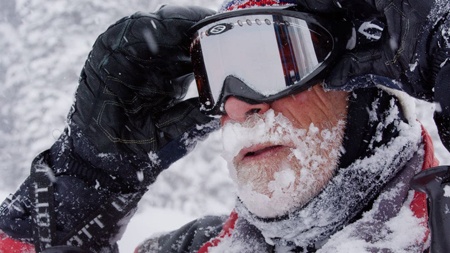 With nearly 400 films in competition, the Banff Mountain Film Festival World Tour confirms its status as the world’s largest film event of its kind. For 45 years now, the directors of the best adventure films meet in the heart of Banff National Park to submit to the jury of the Banff Centre Mountain Film Festival their spectacular expeditions, carried out everywhere on the planet.

In Quebec, the team makes a selection from among the 100 or so films chosen for the Banff Centre Mountain Film Festival, which takes place in late October and early November each year. 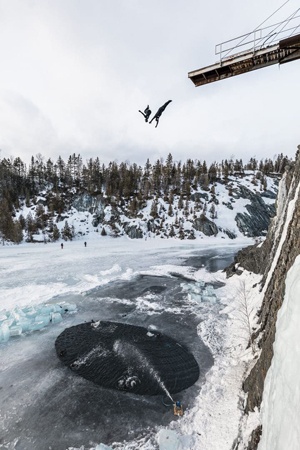 The varied program and the quality of the images make this cinematic event a unique moment for the mountain, nature and adventure lover.

All films are presented in their original version with English subtitles if needed. Available in Canada only.

THE GREAT ADVENTURE PROGRAM
This is the option that gives access to all the films in the Winter 2022 program of the Quebec tour. Eighteen films for more than 4.5 hours shot in the four corners of the world. A 31-day viewing period allows you to go at your own pace. The viewing period ends on Saturday, February 19, 2022 at 11:45 pm. So,  whether you start watching your movies on January 21 or February 12, your viewing must be completed before 11:45 pm on February 19, 2022.

You’ll come away amazed, inspired and sometimes flabbergasted thanks to women and men who plunge us into worlds we’ll probably never set foot in. Suspended in the air, alert on polar water, on two wheels or on all fours, these adventurers trace their own paths thanks to their determination and their audacity.

RED AND BLUE PROGRAM
The RED and BLUE programs offer a selection of films from the “BIG ADVENTURE” program. 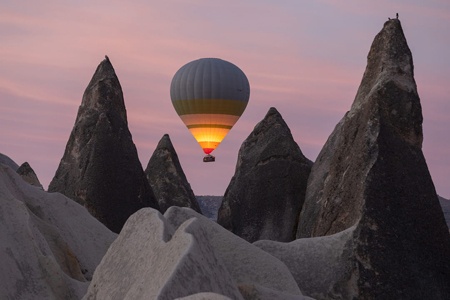 Follow The Light
From sunsets over spectacular landscapes to the illumination of hot air balloons and the warm atmosphere of Turkey, dive into a colorful adventure with mountain bikers Kilian Bron, Pierre Henni, Pierre Dupont and JB Liautard.

Exit the North Pole
Børge Ousland, one of the world’s greatest polar explorers, is joined by the no less famous South African adventurer Mike Horn for a 1,500 km journey on skis across the polar cap. In addition to the extreme cold and the physical and psychological challenges caused by the darkness, there are the almost daily dangers of this ice that is getting so thin that it requires enormous risks to maintain their progress. 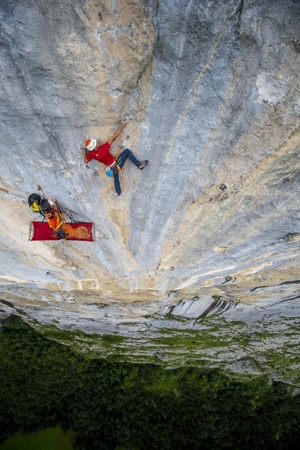 Always Higher
Lysanne Richard is one of the world’s best international competition high divers. But the 39 year-old Canadian mother of three is ready to focus on personal projects of her own. First on the list is a 22 meter high dive in the dead of winter over a frozen lake, a feat that has never been done. But will it be enough?

Swissway to Heaven
Switzerland is a true paradise for multi-pitch climbing and is where climber Cédric Lachat was born and raised. Through his unique sense of humor and unbridled enthusiasm, we experience the beauty and awe of some of the most iconic mountain ranges and peaks.

If You Give a Beach a Bottle
Artist and activist Max Romey discovers a mountain of surprises on a remote Alaskan beach that should leave no one indifferent.

The Farmer
A local legend in the Wasatch Mountains, the Farmer spends his winters harvesting one of the most precious crops on earth: Powder.

For more information, including the full list of films and program prices, visit: www.banffquebec.ca