The only woman to teach at the Conservatoire de Paris in the 19th century, Louise Farrenc was a masterful composer and heir to Beethoven. Under the baton of Yannick Nézet-Séguin, the OM’s explosive performance of the Symphony No. 3 bolsters Farrenc’s legacy as a noteworthy composer.

OM violist Elvira Misbakhova and clarinetist Simon Aldrich take centre stage, performing show-stopping solos in Max Bruch’s Concerto for Clarinet and Viola. The instruments’ timbres come together beautifully, enchanting the audience from the first notes to the magnificent final coda. The program opens with the overture to Robert Schumann’s Manfred, which sets a Lord Byron poem to music with strikingly poignant emotions and Romantic passion. 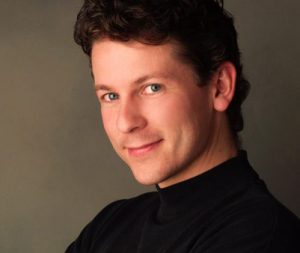 Called “a spectacular player” by The Los Angeles Times, holder of a doctorate and two masters degrees from Yale University and nominated for an Opus Award as “Discovery of the Year,” Simon Aldrich is currently solo clarinet of Orchestre Métropolitain, as well as a member of Nouvel Ensemble Moderne. He has also been solo clarinet of the Chicago Classical Symphony and the Colorado Philharmonic. His teachers have included David Shifrin, Joaquin Valdepeñas, Robert Marcellus and Emilio Iacurto, and he has attended Northwestern University and McGill University. He has performed as soloist with the Toronto Symphony, Victoria Symphony, Orchestra London, Chicago Classical Symphony, Chicago North Shore Chamber Symphony, Nouvel Ensemble Moderne, l’Orchestre Métropolitain and the Fanshawe Orchestra. With Nouvel Ensemble Moderne Simon has performed across Canada, the United States, England, France, Belgium, Germany, Australia and Japan. His recording of Elliott Carter’s Clarinet Concerto won an Opus Award for Best Contemporary Recording in 2002. Simon is Assistant Professor at the Schulich School of Music, McGill University.

Elvira Misbakhova received her Ph.D in music performance from the University of Montreal in 2005. She was the recipient of a FRQSC award, as well as the faculty’s prestigious FESP bursary of excellence. Ms. Misbakhova began her violin training at the age of seven in her native Tatarstan, Russia. She then attended the Kazan State Conservatory, where she was assistant principal violist for the La Primavera Chamber Orchestra. In 1999, she arrived in Montreal to study with Eleonora Turovsky, becoming principal violist for the Orchestre Symphonique de l’Université de Montreal, and was winner of the orchestra’s concerto competition. She continued to acquire orchestral experience performing as principal violist for ensembles such as the Pacific Music Festival Orchestra in Japan, the Bach Academie Symphony Orchestra in Germany and the Orchestre de la Francophonie in Quebec. As soloist, she has performed with the Orchestre Metropolitain, the Drummondville Symphony Orchestra, “Nouvelle Generation” chamber orchestra, I Musici de Montreal and the Orchestre Interculturel de Montreal, with whom she premiered Boris Pigovat’s “Holocaust Requiem”. Misbakhova is currently principal violist of the Orchestre Métropolitain. She also holds principal position viola in chamber orchestra Nouvelle Generation and the assistant principal viola position in both the Orchestre Symphonique de Trois-Rivieres, and the Orchestre Symphonique de Longueuil. In 2000, she discovered her talent for improvisation and a deep passion Klezmer music. As a result of these experiences, she joined the celebrated Canadian band Kleztory, with whom she still works today. Misbakhova performs on 1840-50 Jean-Baptiste Vuillaume viola and Louis Bazin bow generously loaned by the Canimex Foundation.

Only a few tickets are left. Purchase your tickets by visiting: www.placedesarts.com