Since being founded in 1971 by Arthur Pascal and a group of leaders in the Jewish Community, the Jewish Community Foundation of Montreal has grown to become one of the Canada’s largest administrators of family foundations and individual estate endowment funds. The JCF will mark its 50th Anniversary on September 14th with a gala event at the Jardin Royalmount and honour Robert (Bobby) Kleinman who served as the foundation’s Executive Director from 1994 to 2014. He continues to serve as a Special Advisor to the management team led by his successor, Kathy Assayag. 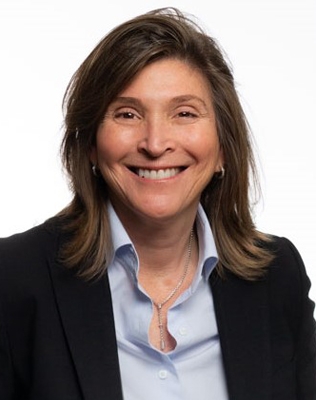 Francine Wiseman, a long
serving Board member is the Incoming Board President

“The Jewish Community Foundation of Montreal was managing assets of $25 million when Bobby came onboard as Executive Director,” notes Kathy Assayag in a recent conversation. “We now stand at $1.7 billion – in large part to Bobby’s tireless efforts as Executive Director and his continuing work as a Special Advisor. We now manage over 2,200 funds, ranging from very large family foundations to more modest individual endowment funds. Last year we distributed $133 million to more than 1,100 charities and charitable organizations.” The extensive list of recipients transcends the Jewish community and includes organizations as diverse as Sun Youth and Centaur Theatre.

Looking and acting beyond the Jewish community, it was the JCF of Montreal that was a founding partner of The Foundation of Greater Montreal with an initial investment of $50,000 per year for three years. 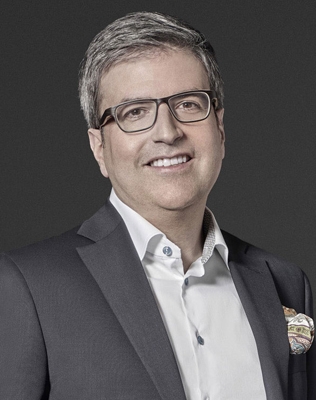 Danny Ritter is the Immediate Past President of the Board, and exemplifies the high calibre of board professionals

The concept behind the Foundation is that by pooling family foundations and individual endowments under one management team, each estate reduces its overhead costs of accounting, government reporting and related administrative costs. Some large family foundations require a permanent staff to manage all the tasks. The JCF is able to attract many of the best estate tax and legal specialists who in turn are made available to the families who entrust their funds. Large family foundations, established by successful professionals, business owners and executives are quick to understand the benefits of having access to high levels of tax and legal expertise at a reduced cost. At the other end of the scale, more modest personal endowments have access to the kind of expertise that previously may not have been affordable. Tax filing is made simpler with one receipt that can include multiple donations.

“This pooling of resources doesn’t mean that we apply a cookie-cutter formula to our beneficiaries.” Kathy states. “We respect the wishes of every family we work with, directing their donations to the charity or organization of their choice. We often learn about a transformative idea from a client who has a specific direction for their legacy donation. It’s the administrative side where our approach works best for the families who entrust their legacy funds to us. With a staff of just ten people, our reduced costs can enable the families to increase their donations because less money is used for administration.”

“We’re cause neutral here.” Says Kathy. “We believe that ‘high tides float all boats’. The state can’t do it alone, although all levels of governments contribute to the communities they serve. We feel blessed to be able to bring additional funding to the table. We have an obligation to support and contribute to all of our cultural communities.”

Chem Tov – the crown of a good name”

At the beginning of COVID-19 in March 2020, the Jewish Community Foundation of Montreal acted quickly and decisively. “We contacted frontline organizations such as Centraide, the Foundation of Greater Montreal, Welcome Hall Mission and The Old Brewery Mission and asked them; ‘What do you need?’ There wasn’t time for fundraisers. They needed money right away to provide food security and food delivery for isolated seniors. Money was also needed for camps, schools, support staff and small entrepreneurs. We maintain a ‘rainy day fund’ at JCF by setting aside a very small percentage of the fund revenues we manage – without touching the capital. We asked ourselves, ‘If not now – when?’ In the end, we were able to help the most vulnerable during those first hardest months of the pandemic. And without affecting the capital of the funds we manage.”

The Jewish Community Foundation provides the organizational structure for estates and family foundations. “For people who are selling a business or want to create a legacy fund, we suggest; ‘Why not do it now, so you can see your dream while you’re still alive’.”

With Kathy Assayag’s leadership, Robert Kleinman’s continuing support and the dedicated work of a talented staff, the Jewish Community Foundation of Montreal will continue to provide a leadership role in philanthropy in Montreal. To learn more, please visit: www.jcfmontreal.org or call 514-345-6414. 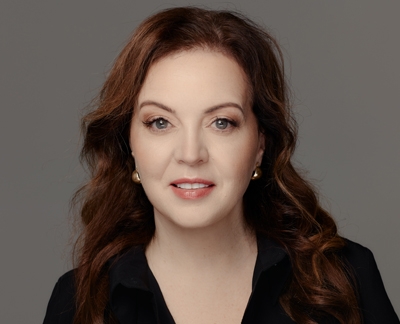 Kathy Assayag brings a strong resume of experience in the financial services sector, coupled with extensive knowledge gained in not-for-profit foundation management. After graduating from McGill, she worked in the banking sector from 1988 to 1999. “I was in line for a promotion to VP level that would have involved a move to Toronto. I commuted for a while and came to realize that the move would be too much for my family and decided against accepting the promotion.”

“I then worked with the Combined Jewish Appeal (CJA) for five years and we generated record growth for the fund. In 2005 I was approached to become the Executive Director of the Concordia Foundation. It was very interesting, but I declined the offer. However, they didn’t take ‘no’ for an answer. I had a dinner meeting with two of the Board members, and I saw their passion to give people a chance at a higher education. For many Concordia students, they are the first in their family to get a university degree.”

Kathy thought again about the offer; “I got excited about bringing what I had learned in banking and my experience in CJA to Concordia. On a personal note – I thought it was time to step outside of my comfort zone.” Kathy’s decision to accept the position of Executive Director of the Concordia Foundation would prove to be an enormous benefit to the university, when under her leadership, the Foundation grew to $130 million.

When Robert Kleinman decided to retire from the Jewish Community Foundation of Montreal, the search was on to replace the charismatic and enthusiastic Executive Director. Jonathan Wener and Lillian Vineberg reached out to Kathy, who accepted the invitation to move to the JCF. “In the Jewish community, we have a saying; ‘No matter where I am in life, there is someone who needs it more than me.’ Giving is a form of Justice, not for charity, but to create a Just Society.’ That’s what excites me about philanthropy – to have the privilege of giving back to our community – our city.”