After a fully virtual edition in 2020, the in-person Public Market is back! On August 27, 28, and 29, Pointe-à-Callière’s Public Market returns with a hybrid edition, being held on-site and online! Don’t miss this main event of the summer season, presented free of charge.

A Public Market, just like in the days of New France 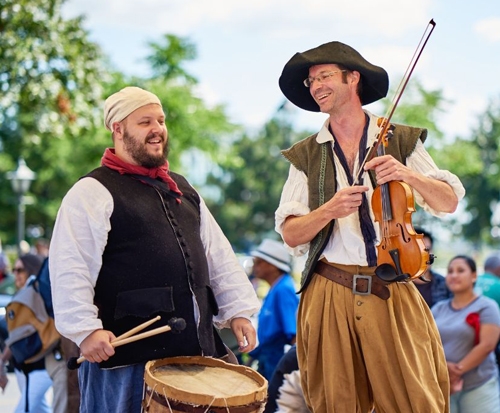 On Saturday, August 28 and Sunday, August 29, 2021 from 11 am to 4 pm, Pointe-à-Callière will recreate the atmosphere of Montréal’s first marketplace around the Museum and Place Royale, or the very site it occupied during the French regime. This tradition imported from Europe took place twice a week, and Indigenous and French people met at the market to buy and sell products or exchange news. In three separate areas, the public can stroll through booths and festivities to meet merchants, artisans and street musicians.

In the Garden Area, visitors can learn about herbal medicine and the ancestral plants used in the days of New France, particularly by different Indigenous communities. They can also take part in a demonstration of how to make fishing tools from organic materials, just like they did in the 18th century!

In the Place Royale Area, visitors can learn more about the design of traditional clothing of both Indigenous people and the colonists. Demonstrations of quillwork embroidery, tanning (traditional leather work), feather work and wool spinning are also on the program!

Finally, the secrets of the Indigenous medicine wheel will be revealed in the Pointe Area. After learning about this philosophy and its traditional cultural connections, the public will be invited to make their own medicine wheel.

Continue your immersion in New France by taking part in virtual activities!

A virtual immersion into daily life in the 18th century
From Friday, August 27 to Sunday, August 29, Pointe-à-Callière is presenting a series of virtual events that will provide a better understanding of the lives of the first Montrealers in New France.

AN EVENING OF STORYTELLING 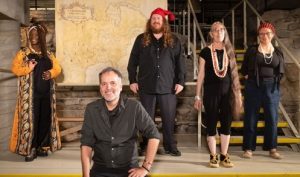 Four “Once Upon a Times” Come Together
Friday, August 27 at 7:00 pm
Online, registration required. Settle in, get comfortable, and take a journey through tales and legends from across the territory of old New France.

From the Atlantic to the West Indies, go on a journey through the tales and legends in the territory of Old New France! Enjoy this diverse and mixed cultural legacy passed on by four storytellers from cultures found in this territory in the 18th century. You can also listen from your home:

This evening of storytelling will be hosted by Sylvain Rivard, Artistic Director.

The Canadian Horse in New France
Sunday, August 29 – at 12:00pm
Facebook Live
Pearl Duval, author of The Epic Journey of the Canadian Horse: History and Hope, discusses the crucial yet often overlooked role of the Canadian horse in the construction of Montreal. Once a friend to farmers, soldiers, the bourgeoisie, merchants and coureurs des bois, horses have been faithful companions to Canadians for work and play for 350 years. Discover how this unique witness to our city’s history contributed to the construction of Ville-Marie and, over time, helped turned this village into a thriving Canadian metropolis. 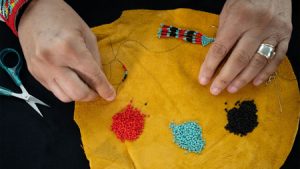 Indigenous Beadwork
Saturday, August 28 – 1:30 pm
Facebook Live
Learn the art of Indigenous beadwork by making earrings from the comfort of your own home. Get the required materials and then follow each step explained and described by Jocelyne Laroche, cultural facilitator of the Kina8at organization, and Pascal O’bomsawin, Elder from the Aln8baïskwa community. Discover the special connection between this age-old artistic practice and Indigenous heritage. 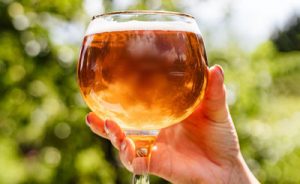 Beer in New France
Sunday, August 29 – 7:00pm
Online, registration required.
Wine was not the only popular drink in New France, as beer also flowed aplenty back then! To close out the Public Market, join Stéphane Morin and Francis Désilets for a virtual beer tasting. Imbibe some pints of local products while discovering the types of beers brewed and enjoyed in the 18th century as well as the brewers who crafted these ales.

For more information, including where to sign-up for virtual lectures and workshops, visit: https://pacmusee.qc.ca