RIOPELLE: THE CALL OF NORTHERN LANDSCAPES AND INDIGENOUS CULTURES

The Montreal Museum of Fine Arts (MMFA) presents a major exhibition dedicated to Jean Paul Riopelle (1923-2002), a towering figure in Canadian, Quebec and international modern art. Based on original research, the exhibition explores the artist’s interest in the North and Indigenous cultures, with nearly 160 works and more than 150 artefacts and archival documents. It sheds new light on the artist’s work during the 1950s and 1970s by retracing the travels and influences that fed his fascination with northern regions and North American Indigenous communities. 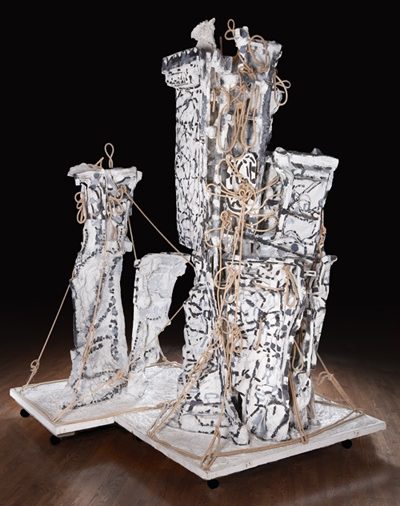 The exhibition Riopelle: The Call of Northern Landscapes and Indigenous Cultures reveals an artist imbued with the surrealists’ interest in non-Western arts, as inspired by his friend and collector Georges Duthuit and the writings of anthropologists and ethnologists such as Marius Barbeau, Jean Malaurie and Claude Lévi-Strauss.

It explores the influence of Riopelle’s hunting and fishing trips with seaplane owner Dr. Champlain Charest in the North and Far North of Quebec and Canada during the 1970s, as evidenced in the Jeux de ficelles (1971-1972), Rois de Thulé (1973) and Icebergs (1977) series. Using an intercultural approach, the exhibition offers an unprecedented parallel between Riopelle’s works and some of the sources that inspired him, in particular a selection of Inuit masks and works of Pacific Northwest coast First Nations.

“In our search for the sources that stimulated the artist’s imagination, we discovered a man inspired not only by nature but also by culture. Besides his contacts with Indigenous guides during hunting and fishing trips, it was primarily books and exhibitions, including Inuit and First Nations art, that awakened his interest in Indigenous communities, topographies and material cultures. This intellectual and artistic quest was particularly decisive during the 1950s and 1970s,” explain curators Andréanne Roy, Jacques Des Rochers and Yseult Riopelle.

Restored Works  or Not Previously Shown
Following a path that is both chronological and thematic, the exhibition includes nearly 110 works by Riopelle (paintings, sculptures and works on paper) from the MMFA’s collection and some 30 institutional and private collections in Canada, the United States and France. Of special interest is the unveiling of two recently restored major works: the monumental sculpture La Fontaine (circa 1964-1977), displayed for the first time, as well as the imposing canvas Point de rencontre (1963), the artist’s sole commissioned work, previously exhibited at the Opéra Bastille in Paris. Also on display is a 1946 watercolour by Riopelle that belonged to André Breton; a little-known series of remarkable works on silver-point paper; and several major works, including Blizzard Sylvestre (1953), L’étang – Hommage à Grey Owl (1970), D’un long voyage (1973) and Pangnirtung (1977). Artifacts and an extensive selection of documents (correspondence, publications, photographs and videos) help contextualize the artist’s work.

In addition, there are historical works from the Yup’ik, Kwakwaka’wakw and Tlingit communities – among others – as sources for the artist’s vision, and works by contemporary Inuit artists, such as Luke Akuptangoak, Noah Arpatuq Echalook, Mattiusi Iyaituk, and Pudlo Pudlat, as well as Atikamekw artist César Newashish. Still others, such as Kwakwaka’wakw artist Beau Dick, invite visitors to broaden their view of current Indigenous creativity. Similarly, the exhibition incorporates a commissioned work by Tlingit artist Alison Bremner, Ceremonial Wealth (2020), as well as a new MMFA acquisition, A Gift from Doreen (2016-2019) by Cree artist Duane Linklater.

For information on ticket prices and opening hours visit: www.mbam.qc.ca 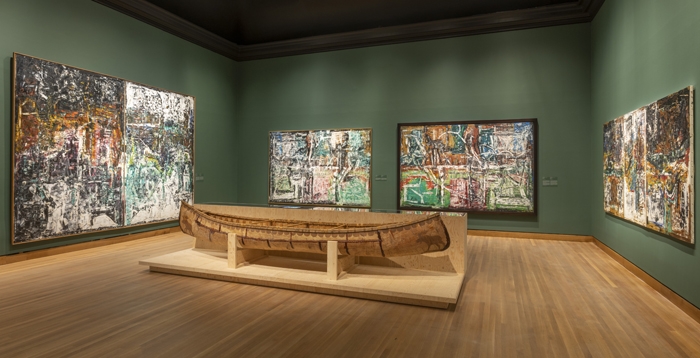