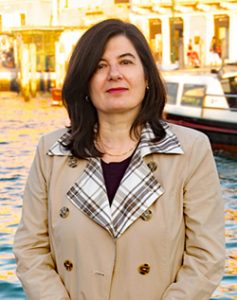 September 4, 2018
Writer of short stories, literary translator and founding editor-in-chief of Accenti Magazine, Licia Canton speaks on “Healing Through Writing: The Pink House and Other Stories”
from 1:30 to 2:30pm
at the Unitarian Church of Montreal, 5035 de Maisonneuve West.
Nonmembers $10. New members welcome – men also.
www.womensartsociety.com or 514-495-3701

Licia Canton’s writing has been anthologized internationally. She is the author of The Pink House and Other Stories (2018). Her short story collection Almond Wine and Fertility (2008; second edition 2018) was published in Italy as Vino alla mandorla e fertilità (2015). She is a literary translator and founding editor-in-chief of Accenti Magazine, the Canadian magazine for lovers of all things Italian. She mentors emerging writers through the Quebec Writers’ Federation. She has been a guest author and keynote speaker at universities and literary events in Canada and abroad. She is co-editor of two volumes on the internment of Italian Canadians during World War II. She has published anthologies of creative and critical writing, including Writing Cultural Difference (2015),

Conspicuous Accents (2014), Writing Our Way Home (2013), Reflections on Culture (2010), Writing Beyond History (2006), Adjacencies: Minority Writing in Canada (2004) and The Dynamics of Cultural Exchange (2002). She has served on the board of the Quebec Writers’ Federation and is past-president of the Association of Italian Canadian Writers. She is an Honorary Fellow (2018-2021) and Translator-in-Residence at the University of Hull, United Kingdom. She holds a Ph.D. from Université de Montréal and an M.A. from McGill University. She lives in Montreal with her husband and their three children.

“Italian immigrants have created a culture that bridges Italy and Canada. They have contributed to all aspects of Canadian living. Whereas the first generation worked to build the urban skyline of Canadian cities, their descendants work to shape the artistic and literary landscape of our country”.

Funding for this event is provided by the Canada Council for the Arts and the Roadmap for Canada’s Official Languages 2013-2018 Education, Immigration, Communities. 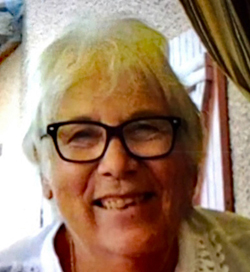 September 25, 2018
With the blessings of Abenaki elders, artist Sylvia Bertolini offers an interpretation of some universal wisdoms in “The 13 Clan Mothers of the 13 Moons”
from 1:30 to 2:30pm
at the Unitarian Church of Montreal, 5035 de Maisonneuve West.
Nonmembers $10. New members welcome – men also.
www.womensartsociety.com or 514-495-3701

Sylvia Bertolini was born in Montreal on June 25, 1944. Her formal training in the fine arts includes studies at the Montreal school of Arts and Design and at the Academia de Belle Arti in Venice, Italy where she completed her master’s degree.

Her talk is entitled: the 13 Clan Mothers of the 13 Moons. In native indigenous medicine teachings there are 13 clan mothers associated with each of the 13 moons of the year. Each moon holds a wisdom or teaching that the clan mothers share within the indigenous community. These wisdoms are entitled: learn, honor, accept, see, hear, speak, love, serve, live, work, walk, gratitude, and become the truth. With the blessings of the Abenaki elders with whom I have been training, I had permission to interpret these wisdoms into a series of 13 tableaux.

“Through the use of power point I will present each tableau and the associated wisdom teaching of indigenous culture. These pictures help to facilitate the comprehension of these wisdoms. Being aware of these universal wisdoms will help us through our daily lives and individual earth walk. When in doubt we can refer to these wisdoms for guidance. This talk will begin with a native ceremony, the opening of sacred space and a traditional drum song”.  www.sylviabertolini.com