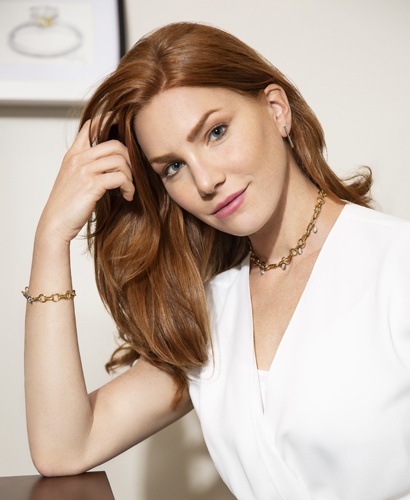 Erica Bianchini is the co-founder and Creative Director of Ecksand

Much of the jewelry industry is dominated by families and corporations who have been in the business for generations. Therefore, it was highly unusual when Erica Bianchini and her then boyfriend Yoan Gehant-Vidoni launched their ethical jewelry brand Ecksand in 2010 when they were just twenty-three years old. Erica brought the design skills and creativity, while Yoan brought his resourcefulness and expertise in the world of diamonds and precious gemstones. This ying-yang of personality and competence caught the attention of customers around the world. Amongst them are key opinion leaders like Meghan Markle, who recently re-wore her Ecksand Pink Sapphire Cocktail Ring during her first public appearance since announcing her second pregnancy.

Comfortable with digital platforms and armed with a mission of making sustainable high-end jewelry price-inclusive and more approachable, Erica and her team burst through every traditional barrier in the jewelry business. The combination of a reputation for crafting outstanding designs with cool factor service and celebrity customers brought added publicity from popular media such at Entertainment Tonight, Hello U.S. and Hello Canada, the latter with photos of Meghan Markle wearing Ecksand earrings, rings and necklaces.

“We started in 2010, when the world was still reeling from the economic crisis of 2008. To us, quality jewelry was that one thing you never throw out that can bring you courage and happiness throughout each and every day. I met Yoan while we were university students and we saw a big void in the industry that we both admired. We believed that, as a manufacturer, we could sell direct to the customer, without having a retailer as a middleman. We wanted to pass along those savings to our customers.” 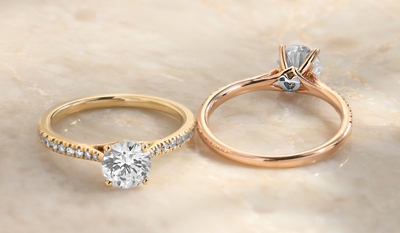 In addition to their elegant, fresh and timeless designs, the Ecksand business practices resonated with potential customers. “With Yoan’s contacts, we’re able to buy directly from the diamond mines. ‘Conflict-free’ means that their mines are certified to be safe, that workers are paid fairly and there is no child labour.” Erica continues to explain the buy-direct advantages; “We have close ties to the site holders, and we get the top selections and best prices – which we then pass on to our clients.”

All the gold Ecksand uses is recycled; the company is not contributing to the production of new gold mines and tons of waste they create. The chemicals used in the workshops are disposed of in an environmentally safe manner. The company also uses lab-grown diamonds for some of their products. “Lab-grown diamonds use the same carbon process as diamonds that occur naturally, but it’s done in a lab. We’re able to deliver a beautiful piece of jewellery for a little less than the cost of a natural diamond.” 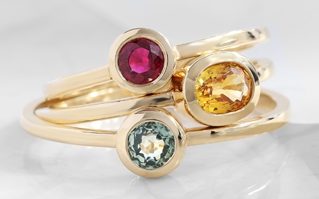 Ecksand stackable rings like those worn by Meghan Markle

Since the beginning, Erica and Yoan’s business goal was to run an internet-based, direct-to-consumer model. With their online store, the couple could service their worldwide clientele from anywhere, and they decided on their hometown of Montreal to open their first flagship store. Customers can consult via Zoom and can see the jewellery in the store and make their purchase face-to-face. “We took it one step at a time – we wanted to avoid being ‘exclusive’. We wanted to be seen as accessible. Don’t get me wrong – we’re not cheap; our affluent customers appreciate value. And we give them that.”

“We manufacture everything right here in our atelier in the Montreal diamond district. We’ve attracted crafts men and women from around the world, including, Ukraine, Armenia, Scotland and France. They want to work here because of our company philosophy and their ability to be creative. People come first at our company, and every chance we have – we re-invest in the company.”

It was important to have designs that would appeal to customers, whether they be women or men. The bridal market is of key importance to our business, beginning with an engagement ring. Erica stated; “The bridal market has changed. Now, 80% of the men come in with their fiancée, or they are being sent by her with specific instructions. By being involved with a couple at the outset of their relationship, it’s possible to have that couple’s trust as lifelong customers.”

“Our products are designed and priced

the way I would make something for myself.”

“We talk to our customers; asking them what they like and what attracted them to us. They said; ‘Finally – we can buy a cool jewelry brand.’ As we started attracting prominent Montreal families, we used those occasions to ask them the same questions. They told us that they liked our handcrafted designs and they also appreciated the value that they were getting with us.” Erica chuckles when recounting their decision to advertise their prices; “Traditional retailers told us that showing prices ‘wasn’t done’. We felt that customers wanted to know how much and it turned out that we were right. People know the value of a dollar – and they like the fact that we put the price out there.”

Erica has a clear idea of the importance of design in creating jewelry. “I want our designs to be timeless so that our jewelry will last for generations. Our intention is to allow people to have a piece of jewelry that they didn’t think they could have. Our products are designed and priced the way I would make something for myself. We understand these ‘noble’ materials.” 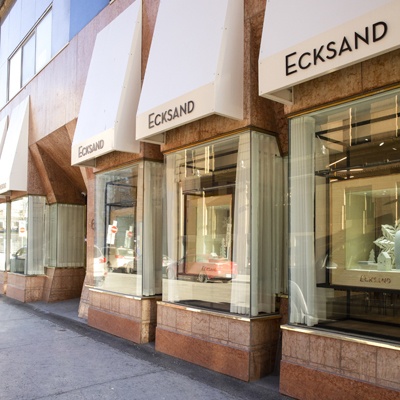 The Ecksand store on Cathcart in Montreal’s diamond district

Ecksand recently opened a bricks & mortar flagship store on Cathcart Street in Montreal’s ‘diamond district’. It’s the location that once housed the Fournier store. “We use the store as a way to interact with customers. Many of our online clients are now coming in to see us in person. In normal times, we have customers coming up from Vermont and other nearby states. We also have a video, online walk through the store for customers that are doing online consultations.”

When the pandemic hit, Ecksand sales went through the roof. “We just kept doing what we’d been doing with our online sales all along. We were already set up for it and customers were attracted with our interactive sales process. We believe in making it easy.”

Along their ten-year journey with Ecksand, Erica and Yoan married and now have two children. “Yoan secretly had my engagement ring made right here in our atelier, and he proposed when we were on a trip to Paris. And now I wear a ring that I would have designed for myself.”