39TH EDITION OF THE INTERNATIONAL FESTIVAL OF FILMS ON ART

On Tuesday, March 16, at 8:00 pm, the 39th edition of the International Festival of Films on Art (FIFA) gets underway. The festival will take place online until Sunday, March 28. This year, with a strong program of 249 films from 41 countries, the Festival is a true invitation to take a trip, an opportunity to discover, escape to, and be inspired by rich artistic experiences from all over the world! 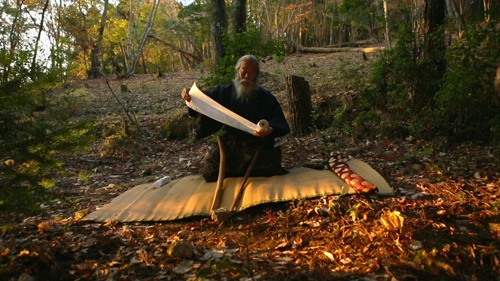 AN INVITATION TO TAKE A TRIP
With its mission to be a window on the world, FIFA offers the promise of travelling around the globe—with no health constraints or time differences: take a trip to Australia, Burkina Faso, China, Scotland, France, Japan, New York, the Democratic Republic of the Congo, Turkey, and more, through multiple artistic portals. For instance, Corentin Leconte and Mélanie Schaan’s contemplative film Akeji, le souffle de la montagne transports us deep into the mountains, in the heart of Japan’s Himuro Valley. Vivaldi, a stunningly beautiful and light-filled film by Philippe Decouflé, brings us a dance company performing to Vivaldi in the setting of Parc Vanoise in Savoie. For another change of scene, In good company, at Boromo’s Grandes Personnes place by Élodie Dondaine et Mathieu Villard takes us on a tour of Burkina Faso and other parts of Africa with a troupe of giant puppets who entertain audiences of all ages. And we can have a whirlwind tour of Tokyo in architect Ryūe Nishizawa’s vintage Alfa Romeo in Le Louvre déménage by Bêka & Lemoine.

With an official selection of 133 films—including 16 feature-length films and 25 short films in official competition—festival-goers will be able to sit back and explore an extraordinary program of documentaries, portraits of artists, recordings of live performances, Cartes Blanches artist-curators (Ronald Rose-Antoinette and Caroline Monnet), international festivals (BAFF, Beirut; EPOS, Tel Aviv; FOTOGENIA, Mexico City), and prestigious institutions such as the Museum of Modern Art. True to its ambitions, the Festival offers a kaleidoscopic view of the world and gives a voice to hugely talented artists in its 39th edition.

The 2021 program also makes a special place for music and dance in the form of recordings of exceptional shows and glimpses backstage. Two Quebec films, having their world premiere, stand out in this regard. Comme une vague, directed Marie-Julie Dallaire, presented by Jean-Marc Vallée, and produced by Alex Sliman, is a musical odyssey revealing many facets of music with people involved from different horizons, including the internationally renowned singer Patrick Watson. The medium-length film Carte Mère by Tiphaine Roustang, Catherine Major, Roxane Duchesne-Roy et Alexandre Carlos is the result of a powerful encounter among music, words, dance, and the camera. Carte mère, Catherine Major’s fifth album, was written and composed with the idea that it would be danced. Major, known for the intensity of her performances, wanted to offer an experience that is both auditory and visual. Habiter le mouvement – Un récit en 10 chapitres by Béatriz Mediavilla, another example of a poetic and playful cinematographic journey, highlights the beauty of daily gestures in a great human choreography initiated by the well-known dancer and choreographer Thierry Thieû Niang, who toured Quebec in 2017 offering inter-generational workshops to non-dancers.

STEPPING OUT OF THE EVERYDAY WITH ENGAGING FILMS
Andy Cohen and Gaylen Ross’s feature-length film Beijing Spring, presented in its North American premiere, relates the little-known episode of a democratic and artistic movement in China in the late 1970s, following the incredible discovery of previously unseen archives that had escaped the censorship of the Chinese authorities for almost four decades. A poetic film, Nicolas Khoury’s Une femme et une ville, presented in its world premiere, reveals Beirut after tragedy: images of a woman crossing an apocalyptic landscape after the huge explosion in the city’s port on August 4, 2020. The scenario is drawn from a letter that Lebanese American poet Etel Adnan wrote in 1992, after the civil war.

ENCOUNTERS WITH GREAT ARTISTS
Whether they are world-renowned or little known to the general public, all artists have a fascinating story to tell. As it does in each edition, FIFA gives access to many artists of all types and to their works: from Marina Abramovic to Charlie Chaplin, from Christian Boltanski to Lang Lang, from Chagall to Ryue Nishizawa, from Erwin Olaf to Sébastien Tellier, from Frank Lloyd Wright to Raphaëlle de Groot, from Peggy Baker to Catherine Major, from Eve Egoyan to Louis de Funès, from Edgar Bori to Régis Campo—all will be featured at the 39th edition of the Festival. 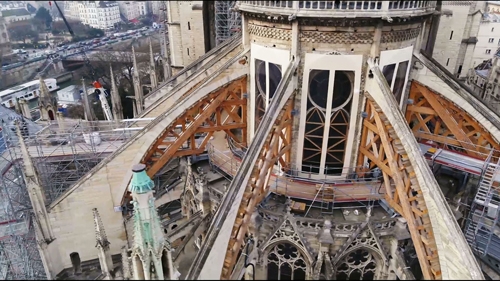 FILMS FOR THE FAMILY
Many films are offered for the entire family with enthralling subjects such as the conservation of the NotreDame de Paris cathedral after the fire in spring 2019 (Sauver Notre-Dame by Quentin Domart, Charlène Gravel, and Michèle Hollander), and the emergency rescue of the great collection of the Louvre museum, which had to be moved due to the risk of the Seine flooding (Le Louvre déménage by Agnès Molia and Mikaël Lefrançois). Another captivating story is that of Allegro Colorato, a film by Sophie Spillemaeckers and Ludovic Schweitzer, who follow the journey of young refugees and disadvantaged students in Belgium playing in an orchestra.

To purchase your festival passport and learn more about these and other films featured in this year’s festival, visit: www.lefifa.com