Spend a Night In With Josh Groban this Valentine’s Day!

Possessing one of the most outstanding and instantly recognizable voices in music, GRAMMY Award-nominated singer, songwriter, and actor Josh Groban has entertained fans across the globe with his multi-platinum albums and DVDs (over 30 million sold worldwide), electrifying live performances, and comedic film and television appearances.

Spend this Valentine’s Day with Josh at his upcoming virtual concert! Shot in Los Angeles, this new, intimate concert will first air in North America (Sunday, February 14th) at 5pm PST / 8pm EST. The show will then play on Monday, February 15th at 8pm GMT and 8pm AEDT. The concert will also be available to watch on-demand for 48 hours after the airings ends in each timezone. For the performance, Groban will be offering special tickets that you can gift to friends & family, as well as exclusive merchandise bundles, including an event t-shirt, hoodie, and a personalized signed lithograph. 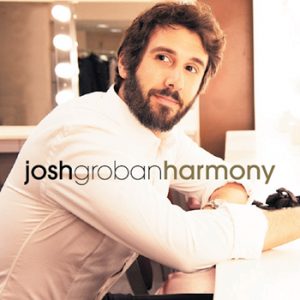 The brand new deluxe edition is an expansion of his ninth studio album, Harmony, which was released late 2020. The record features six additional renditions of timeless classics, including “Nature Boy” (written by eden ahbez and performed by Nat King Cole), a GRAMMY Hall of Fame recipient; “April Come She Will” (written by Paul Simon and performed by Simon & Garfunkel); and a special guest performance from acclaimed German artist Helene Fischer performing with Groban on “I’ll Stand By You” (written by Chrissie Hynde, Tom Kelly and Billy Steinberg and performed by The Pretenders).