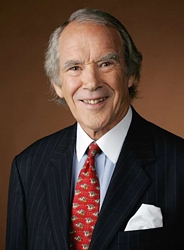 In the October issue of The Montrealer, I attempted, as objectively as possible, to identify different groups of probable supporters of President Donald Trump for the November 3 election. One of my children, who lives in the United States, asked me how I could possibly have forgotten the adherents of QAnon, the zealous conspiracy theorists whose whole-hearted support of Trump is undiminished by any reference to the real world. My only defense – space limitations!

At the other extreme, through Peter Kerr, I received an email comment which deserves to be published, albeit anonymously, in full.

“Thank you, Mr. Blaikie, for insulting at least 50% of the people of the United States by your article in The Montrealer for October 2020.

Your arrogance and ignorance knows (sic!) no bounds, typical of virtue-signalling Canadian smugness when it come to the US and Trump. Also typical of the small-minded Canadian attitude toward a great power.

As to “arrogance”, I plead Nolo contendere; others will judge. As to “ignorance”, I take the Fifth.

I do my best to discover and study the available facts and to base my conclusions on those facts. As to Canadian smugness and small-mindedness when it comes to the United States, I believe that our perspective is one of deep dismay and foreboding, that a country with such enormous potential and with so many of the best and brightest can be brought so low by a man utterly lacking in moral fibre. As to the matter of insults, while my “fan” believes that I insulted some 50% of Americans, the reader’s references to “Canadian smugness” and “the small-minded Canadian attitude toward a great power” insult Canada’s entire population.

Americans are entitled to have a president whose values and personal qualities exemplify the best of the country, not its worst

In a quip generally attributed to Oscar Wilde, although also associated with others, a gentleman is defined as “one who never insults others unintentionally”. On that basis, I am a gentleman. Although I rather suspect that those who voted for Trump did so proudly, to the extent that anyone in the groups I suggested might consider himself/herself insulted, it was quite deliberate. As far as I am concerned, while I may understand why some 73 million Americans voted for Trump, and while I might find them admirable in many other respects, I certainly have no respect for their political choice.

Let us to admit that, from the perspective of those who voted to re-elect Trump, their decisions may have seemed rational. However, based on what should be expected from the President of the United States, their support cannot be justified. Beyond working for the security of the United States and its citizens (where Trump’s performance is highly debatable, but that is for another day), the president’s first duty is not to constantly and only play to and inflame his “base”, but to seek to be the president of all Americans. While this can be horrendously difficult, even at the best of times, President Trump made no attempt whatsoever to unite the country. His actions, during his entire term of office, were designed to sow discord and disunity; they succeeded to an alarming degree.

Beyond specific issues of policy, Americans are entitled to have a president whose values and personal qualities exemplify the best of the country, not its worst. There were few things I found more depressing, over the past four years, than to listen to Trump supporters stating, in essence, “I find his tweets distasteful, his insults unnecessary, and much of his behaviour disturbing, but I support his policies”, and then, in far too many cases, being incapable even of identifying those policies they actually supported, much less explaining them beyond slogans repeated and recycled endlessly by Trump and his enablers. Perhaps even more depressing was the performance of the Trump lackeys and sycophants in the Senate and House of Representatives.

In his years in office, Trump has worked diligently to hollow out many of the most important agencies of government

Many philosophers and ethicists have argued that we live in an age of moral relativism. Even taking that to be true, not all opinions are of equal value and entitled to respect. It is my view that, given the following elements of Trump’s presidential performance, there is no reason why the political choice of his supporters should be respected, however admirable those supporters may otherwise be. There is no valid reason to respect those who voted for a President:

Trump’s relentless pressure, which included the unceremonious firing of the responsible Republican election cybersecurity official at the Department of Homeland Security, Christopher Krebs, has had its impact, not only on the officials, but on his supporters. Several polls since November 3 have shown that, at the very least, 70% of Republicans consider that the election was fraudulent and rigged.

He has insulted not only all his political opponents, but also many of those Republicans who have not demonstrated abject loyalty

As an example of the difference between true leadership and President Trump’s conception of it, one might consider another critical moment in history. In June 1944, when General Dwight Eisenhower was commander-in-chief of the Allied Forces, he had to decide when to launch Overlord, the invasion of Europe. In the early days of June, while meteorological forecasting remained almost medieval, the weather was turbulent over England and the Channel. The winds howled, the clouds hung heavy over the Channel and the rain poured. By contrast with Trump, Eisenhower relied on the best science of the day in the person of Group Captain John Stagg, his chief meteorologist and one of the unsung heroes of D-Day.

On June 5, relying on the best information available to him, Captain Stagg advised Eisenhower that there would be a 24-hour “window” on June 6, during which the Channel would be calm before dreadful weather returned. Basing himself on Stagg’s recommendation, Eisenhower said to his senior commanders, “Okay, we’ll go tomorrow”. Privately, he then wrote a note in which he stated that if the invasion was a failure, the responsibility would be his alone.

This single episode demonstrates not only Eisenhower’s reliance on experts and the best science available, but his sense of responsibility. His leadership principle was “Take responsibility if things go badly, and give credit to others when they go well”. What a contrast to the vain, self-absorbed “stable genius”, who always knows better than everyone else.

Do voters who continued to support Trump in the face of all of this deserve respect for their political choice? Is it possible to insult them for that choice? “No” is the answer to both questions. I wish it were otherwise. The world needs the United Stated to be the shining city on a hill.

Peter Blaikie is a successful attorney, business executive, opinion leader and world traveller. He has been active in politics, serving as a past president of the Federal Conservative Party. (Then the Progressive Conservative Party)