How did a local charity motivate groups of teens to deliver 200 hot meals to house-bound low-income families and seniors in Verdun every day from April until August, 2020?

It happened because all of the people involved – from the donors who bought ingredients, the staff and volunteers who cooked it, to the delivery people to those getting the food – felt like part of an extended family. 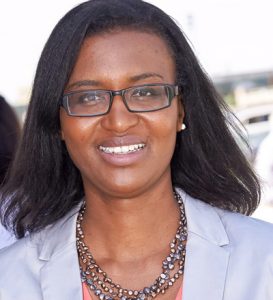 Bineta Ba is the energetic Executive Director of Toujours Ensemble

“Everybody was confined at home, so they were waiting,” said Bineta Ba, the executive director of Toujours Ensemble, a charity that organized the project. “They knocked at the window when they saw us coming with the deliveries. We dropped off activities and books. It took time, but it was also an opportunity for our youth workers to maintain contact with kids.”

That sense of family permeates everything Toujours Ensemble does.

The 41-year-old charity offers children and teens aged 6 to 17 a sense of security, education, career guidance, a hot meal and a purpose bigger than themselves.

“We’ve expanded our focus,” said board member Marc Edwards, who first became involved as a camp councillor 30 years ago. “It used to be a safe place to hang out. It was fun and didn’t cost a lot. Today, it’s a lot more about building one-on-one counselling to enable youth to go beyond their capabilities and expand their horizons.”

“We knew we needed to work with children as early as possible to have a real impact.” Carolyn H. Renaud

In that mission, Toujours Ensemble isn’t alone. It works in partnership with 29 similar organizations in Montreal to combat a dropout rate that’s higher than elsewhere in North America.

“Ninety percent of our kids are from single parent homes,” said Carolyn H. Renaud, who served on the Toujours Ensemble board for 27 years and remains the organization’s most passionate fundraiser. “Parents don’t have time to get involved. The first year I was on the board, there were only five or six parents at the student talent show. Former executive director Pierre Coté went on a year-long campaign to change that. He had to explain to parents why their kids needed them to attend. Their own parents hadn’t participated when they were young, so they just didn’t know. The second year, it was standing room only.”

Things were even worse before she joined. A little more than half (56%) of Montreal teens finished high school in 1979 when Darlène Biron started a summer camp that gave teens with rough homes a safe place to belong.

Long-time fundraiser and honorary board member Reford MacDougall says that organizers soon realized that many of the young people that they were working with faced challenging situations at home and needed more support.

When their Westmount landlord kicked Toujours Ensemble out to make room for a seniors’ building in 1986, they moved their operations to Verdun and added a year-round homework service to their plans. They also invited elementary school children to join in.

“We knew we needed to work with children as early as possible to have a real impact,” said Renault. 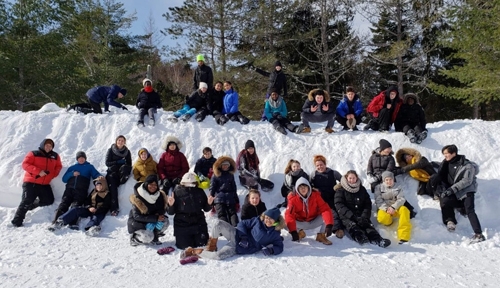 The move from Westmount to Verdun marked their first main external crisis.

Then a fire burned down the food bank that served some of their families. Toujours Ensemble created a breakfast club and then began serving hot lunches.

“We think that to be able to learn at school, you need first to eat well,” says Ba. “Sometimes it’s actually the only hot meal students have in their day. It’s heartbreaking because in a society like ours, we would have thought that all the kids can eat, but it’s not the case.”

The hot lunch program originally operated out of a local church, but space quickly became a premium. Toujours Ensemble dealt with that space crunch initially by adding a third floor to their head office in 2005.

Then, with the help of donors, they bought a second building, which had to be torn down and entirely rebuilt.

“It’s getting close to paid off,” said Edwards. “Owning our own building gives us a good footing in the community. For a lot of kids, this is a second home.”

As the organization evolved, its leaders continually added and expanded new programs and services. In 2007, they partnered with Pathways to Education Canada, a Toronto-based program that follows students through high school until they get a diploma. More than 1,000 students are registered in Passeport pour ma réussite and 250 have graduated with the help of those services.

“Today, it’s a lot more about building one-on-one counselling to enable youth to go beyond their capabilities and expand their horizons.” Marc Edwards

Another program that started small and has grown is one in which children get a backpack full of supplies to start the school year. Thanks to meetings with other partners, that program has spread to include all of Verdun elementary schools.

Despite their flexibility, the last few years have been tough on the Toujours Ensemble crew. In 2019, they had a flood in their Verdun Street building. This time, others reached out to help them.

“We had to close our building because there was so much damage,” said Ba. “We had to find new premises to maintain the activities for the kids. And we had to completely change the way we generally work with the kids. But what was extraordinary was to see the entire community coming together to help us. Schools generally don’t have any space but because we had this bad situation, they offered a classroom where we could go and do some of our activities.”

Just as they recovered from that crisis, the pandemic began.

This month, the family tradition continues. Teens from Toujours Ensemble will deliver 250 Christmas baskets to low-income families and seniors in Verdun for the holidays.