The Rock and Roll Photography of Sherry Rayn Barnett

Jay Blakesberg to Host Final Photos With Stories of 2020 featuring The Rock and Roll Photography of Sherry Rayn Barnett on Sunday, December 6 at 2:00pm. Full of insights into rock history, Jay Blakesberg has taken us behind the lens of some of the most legendary photographers of our time. As your record-keepers of rock photography history, we invite you to join us for our final Photos With Stories event of the year! 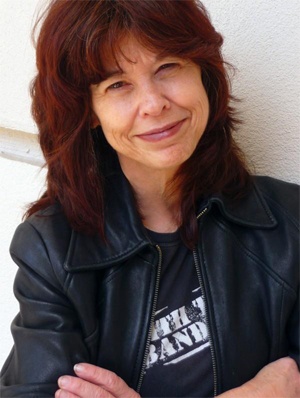 Sherry Rayn Barnett is a widely published music photographer, specializing in live performances. Her archives span more than 35 years years of music photography, essentially documenting a “who’s who” of pop music. Her brand-new hardbound book, Eye of the Music, from New Galleon Publishing, features over 200 of these rare images.

Sherry began her career in New York City shooting for the underground press, focusing on the folk, jazz, and rock musicians of the early 1970s. Her work has been seen in countless music magazines over the decades, including Rolling Stone, Creem, Guitar Player, Crawdaddy, Goldmine, Acoustic Guitar, Forbes, W Magazine, and Fretboard Journal.

Recent music biographies to feature her photos include Little Girl Blue – The Karen Carpenter Story, Joni Mitchell, In Her Own Words, Etta James’ Rage To Live, and Nina Simone’s I Put A Spell on You. Clients have included C.F. Martin Guitars, Sony, Verve/Polygram, Warner Bros., and the famed UK-based TV show, Top of the Pops. Iconic artists such as Charlie Haden, Nina Simone, Mary Chapin Carpenter, Etta James, and The Manhattan Transfer have used her photography for promotion, CDs, documentaries, and books.

Sherry resides in the L.A. area and is still shooting the pictures that have contributed to the visual history of our lives.