The 10th edition of the South Asian Film Festival of Montréal (free and online this year) offers engaging and entertaining films that are a window into the world of South Asia and its diaspora. They compel audiences to realize how much there is in common among cultures. Daily post-film panel discussions will be more interesting than ever, with directors and producers from around the world; a great opportunity to build multicultural bridges and enhance intercultural understanding. Films are subtitled in both English and French. The only South Asian film festival in Quebec, these award-winning films are not normally shown in commercial cinema houses. 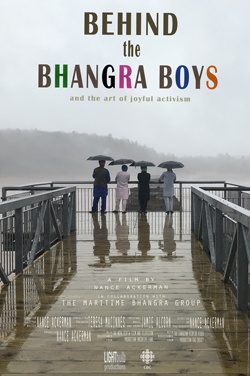 “We have selected fiction and documentary films that are about the human condition in all its wonder as well as complexity. They range from the mainstream cinema of South India and Pakistan, known as Lollywood, after the city of Lahore, to the offbeat films known as hatke films—‘a little different’ in Hindi.  As a bonus in these Covid lockdown times, you will get a splendid visual and cultural tour of the Indian subcontinent from the comfort of your homes! From the films of the South Asian diaspora communities in different parts of the world one gets an appreciation of the joys and struggles of immigrants. These films are our effort to foster multiculturalism and harmony in Canada.” – Dushyant Yajnik, Director of SAFFMontréal

SAFFMontréal’s opening and closing nights will show superb Canadian films. Opening night will feature a short lyrical film Balakrishna, a portrayal of the indelible memories of the interaction between a young Canadian boy and an elephant brought over from India, followed by the feature documentary Behind the Bhangra Boys, a joyous look at culture, immigration, activism and community networking through the experience of Maritime Bhangra Group, a dancing team of five Sikh immigrants on Canada’s East Coast who dance to fundraise for charities. The closing night will feature Because We are Girls, the story of a conservative Indo-Canadian family in small-town B.C. coming to terms with a devastating secret.

All films subtitled in English and French
Admission is FREE, donations gratefully welcome

Registration for films is mandatory: www.saffm.centrekabir.com