Wave 21 to release new single “All Over & Over”

The release of “All Over & Over” featuring Sam Roberts, the new single from Wave 21, along with an official music video, is scheduled for release on September 30th, 2020. 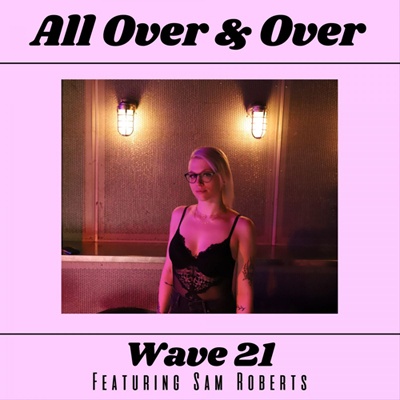 After releasing their last single “The Last Thing On My Mind“, a Tom Paxton cover in March, Wave 21 is back in full force with “All Over & Over”, recorded over the last few months here in Montreal and mastered in Nashville at the Georgestown Masters. The band, made up of Mary-Lynn Doroschuk and her father, Stefan Doroschuk, a member of the legendary band Men Without Hats, took advantage of the confinement to work on a new album forthcoming in early 2021: Brace Yourself. “All Over & Over” is the first official single from the upcoming album with a more rock sound.

The song is a collaboration with well-known singer-songwriter Sam Roberts. The partnership is a real dream come true for Wave 21 and brings to the track a unique and typically-Montreal rock sound.

With this song, the band’s leader Mary-Lynn Doruschuk tackles, among other things, the subject of unity and was greatly influenced by her desire to start from scratch in order to avoid repeating past mistakes. It is therefore a call to share and create a better world for the youth of tomorrow.

WAVE 21 is a Rock band out of Montreal, Quebec, Canada. With influences from The Eagles, to City & Colour, to Fleetwood Mac and beyond, WAVE 21 delivers melodic rock with timeless riffs, lavish harmonies, and lyrics that read like short stories on life, love, and rock n’roll.

Listen to “All Over & Over” starting on October 30, 2020 on all major streaming platforms.
www.wave21.com