Rolling Stone Magazine has named him one of 10 artists you need to know. Frank Ray is a former police officer of ten years who left his full time job to pursue his passion as a country music artist. He has since been sharing his talent with audiences throughout the United States as well as leading aspiring Hispanic artists in what he calls the beginning of a modern Latino Country movement. His solo debut album “Different Kind of Country” has been described as “Easygoing contemporary country with pop-soul hooks and a dash of southwestern spice” by Rolling Stone Magazine. 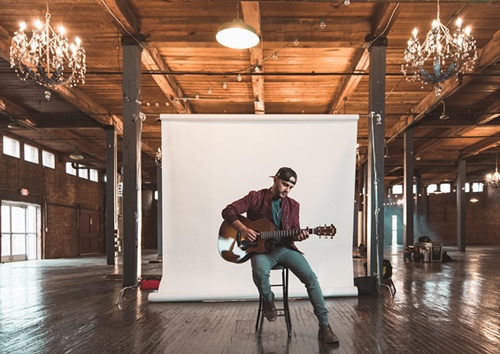 The title track of the album quickly gave rise to Rayʼs popularity and the long-awaited emergence of a Hispanic artist in country music. Notable publications and television networks such as Rolling Stone Magazine, The Los Angeles Times, USA Network, nationally televised CBS Evening News, and NBCʼs “Today Show”, quickly took notice and shared the story on their iconic platforms.

As a child, Ray shared a home both in southern New Mexico and in the heartland of Texas. Enriched in the Mexican culture, just three miles north of the US/Mexico border, and surrounded by country music in San Antonio, Frank Ray was immersed in the best of both worlds. “I think it allows me to bring an element of authenticity as I perform for a diverse audience in country music.” Ray said. He sings about the cherished values in Country Music including family and hard work but also about the positive impact immigrant labor has in America.