The next show in the Classic Concert Series is Elton’s first-ever concert in Verona, which took place during the 130-show global tour of 1988-1989 at the magnificent Arena di Verona, a Roman amphitheatre dating back to 30AD.

Backed by his new eight-piece band, Elton delighted the crowd with songs from throughout his career. He began with four selections from 1970 and included five from the new album in the 22-song set list. Clearly moved by the audience, who enthusiastically lead the performer into a gospel soul rendition of “Sad Songs (Say So Much)” before witnessing one of his funkier extended piano solos during “Mona Lisas And Mad Hatters (Part Two)”, Elton and the band, anchored by drummer Jonathan Moffett (George Michael and Madonna) gave it their all on that Wednesday evening with a performance that stands the test of time over 30 years later.

Tune in this Saturday, July 18th at 12pm. Live at Arena di Verona
The concert is available only for 72 hours. 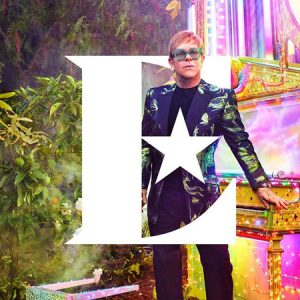 The Elton John: Classic Concert Series is running in support of the Elton John AIDS Foundation’s COVID-19 Emergency Fund to continue HIV prevention and care for the most vulnerable people around the globe during the COVID-19 pandemic. You can donate on YouTube whilst watching the show.

“My Foundation’s COVID-19 Emergency Fund helps frontline partners prepare for and respond to the pandemic and its effects on HIV prevention and care for the most marginalised communities. We cannot jeopardise HIV testing and care during this time or else the results could be disastrous for the 37.5 million people living with HIV. So, I’m really happy to connect this YouTube concert series to benefit our Foundation’s urgent COVID response.” – Elton John