The current isolation measures are difficult for all music lovers, which is why Boris Brott, Artistic Director and Conductor of l’Orchestre classique de Montréal chose to innovate and present a series of eight mini concerts online. It’s the orchestra’s way of offering audiences a taste of the upcoming season while bringing light and hope to the hearts of classical music enthusiasts. 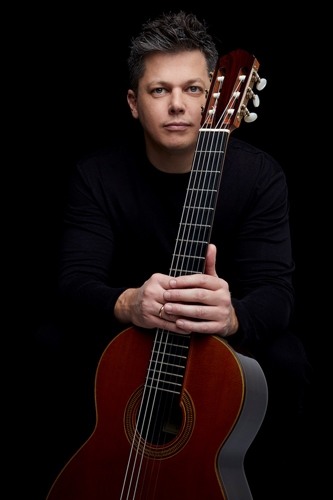 Starting Tuesday April 7, at 7:30 pm, a featured soloist of the 2020-21 Season will give a mini-concert on OCM’s Facebook page, taking the public on a journey of their favourite musical genres. Each 45 minute performance will unveil the programming details of our 20-21 season concerts. The artists will have carte blanche to present their favourite repertoire. The goal is to create live connections between our artists and OCM audiences in a casual and fun way.

“We are proud to give our audience the opportunity to get to know next season’s soloists in such a personal and interactive way. It’s also a chance for all of us to escape isolation for 45 minutes every week, without leaving the comfort and safety of our homes. Music has always had the power to alleviate stress and anxiety”, says Taras Kulish, OCM’s Executive Director.

All performances will be broadcast on l’Orchestre classique de Montréal’s Facebook page.

Latin music, opera, OCM’s traditional Holiday Messiah, piano and cello concertos, and much more in OCM’s diversified 2020-21 season has something for everyone! Tickets will be available starting June 1rst, 2020.

For its 80th anniversary season, the McGill Chamber Orchestra was renamed Orchestre Classique de Montréal (OCM). Founded in 1939 by violinist, conductor, and composer Alexander Brott and his wife Lotte Brott, the OCM quickly became one of Canada’s most established chamber orchestras, touring to five continents, recording extensively, and appearing regularly on radio and television. Now led by Boris Brott, OC, OQ, the elder son of Alexander and one of Canada’s most internationally renowned conductors, the OCM is a vibrant, innovative, and flexible ensemble consisting of the city’s best professional musicians, which presents concerts throughout the year in the finest halls of Montreal. Fulfilling its mission of celebrating diversity and inclusivity, the OCM has created the program Music for Everyone which enables collaborations with numerous new immigrant communities and Montreal organizations in making OCM’s performances accessible to all. Student ticket prices remain at the very low price of $10 for the majority of OCM concerts.