Industry-defining startups are often characterized by stories of the triumph of ingenuity, resilience, boundless enthusiasm, and bold thinking. Above all else, these stories are defined by the people behind the startups – and those who believed in them, and their ability to gain timely access to valuable resources, expertise, and capital.

It is this type of support that Markers, a Montreal-based $20 million investment fund slated to launch in December 2019, seeks to provide for its promising founders. Markers’ managing partner, Jock Green-Armytage, has a unique connection with the city of Montreal and has a profound appreciation for its ability to propel individuals to great heights.

Originally from Winnipeg, Jock arrived in Montreal in the 60’s to study at McGill University. While quite common today, at that time it was less so for someone from Winnipeg to cross the country to enroll at a Quebec university. “I wanted to experience something different and Montreal had a unique and hard-to-resist appeal,” Jock explains.

His time in Montreal was a transformative chapter punctuated by friendships that endure to this day, and plenty of enriching experiences in one of the most unique cities and communities in the world. Jock was extremely fortunate to have the opportunity to work in the Administration Division of Expo 67, six months prior to its’ opening in building the systems. “I loved every part of Expo 67, not only did it give me the opportunity to meet the truly inspiring and visionary Montrealers behind it; I was able to witness the development of a unique platform, where unseasoned and unproven individuals were entrusted to play a critical role in crafting and executing this monumental endeavor. To this day, Expo 67 remains one of the most remarkable experiences of my life.”

After Expo 67, Jock moved to New York City and completed a post-graduate degree at Columbia University, and then moved to London to begin his investment career. In the decades that followed, he held various prominent roles including Executive Director at NM Rothschild & Sons Ltd. in London (UK) for more than twenty years and ultimately founder of JZI International, a European investment fund that manages hundreds of millions of Euros. Throughout his career, Jock stayed connected to Canada, where he spends every summer with his family at their Lake of the Woods home in Ontario. 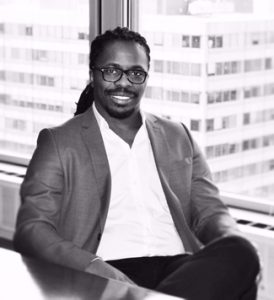 Henry Dauphin is the co-founder of The Refinery, and early stage
consulting firm

Many times, during his career, Jock had sought ways to combine his gratitude and affection for Montreal with his acumen for investing in valuable and overlooked assets. That opportunity started to materialize more than four years ago, thanks to a meeting in London with Henry Dauphin, a proud Montrealer and founder of The Refinery, an early-stage consulting firm that leverages data-driven processes to help companies grow efficiently and optimize their economic performance.

“I met Henry through a mutual friend of ours, Montrealer Jonathan Birks, and immediately became impressed with the structured and quantitative approach he and his team were employing to identify and support early-stage founders. While these methodologies exist and are employed in more senior asset classes, it was interesting to see them successfully applied to startups. I was also impressed by Henry’s intelligence, creativity, and the way he views a generalized culture of entrepreneurship as a crucial lever for economic prosperity.”

Fast forward to the present day, and we have the launch of the unique early-stage fund that is Markers, the vision which grew out of their many brainstorming sessions.

Markers is a quantitative fund that invests in high-growth technology startups that deliver outstanding impact and returns. Over the next three years, Markers will vet more than one thousand startups to identify the twenty most thesis-aligned ventures. Disruptive technology startups capable of producing great financial and extra-financial benefits; founded by inspired individuals who are driven to improve the world by ingenuously addressing powerful problems.

While its deal-sourcing network spans multiple cities in Canada, the United States, the United Kingdom, Portugal, Luxembourg, Germany, Mexico, and Turkey, all of Markers activities converge in Montreal, where the team is based.

“We will grow Markers and all of its subsequent funds from Montreal,” says Jock. “It is funny to think about how Montreal and Montrealers have contributed to making me the person I am today and how, through Markers, they continue to give me so much. Montreal, in all its confidence, boldness and openness, will continue to be a transformative space for the type of innovation that galvanizes the world. And through Markers, we will contribute to those efforts.”