Vittorio Rossi is arguably one of Canada’s most talented playwrights. His plays have been produced in Montreal, Toronto, Ottawa, Vancouver, New York City, Boston, Syracuse and The Stratford Festival in Ontario. This past spring, Vittorio was honored with a packed house gala evening at The Rialto Theatre during the 2019 Blue Metropolis Literary Festival.

Hosting the Blue Met evening, Marianne Ackerman stated; “I’ve admired the energy and passion of Vittorio’s plays from the beginning; but not until I read his works in their entirety did I realise how deeply he has drilled down on his own personal and family experience finding the universal, the crux of human drama. He is a truly great writer!”

To follow up on that celebration and well-deserved recognition, three of Vittorio’s plays will be presented in the coming year by MAGJUSJEN Entertainment. The September 2019 re-mount of The Chain will be presented at McGill University’s historic Moyse Hall in the Arts building; with performances beginning on September 8 and continuing until October 6. The sequel, titled Legacy, will also be presented at Moyse Hall from April 21 – May 17, 2020. Paradise by the River will take the stage at Concordia’s DB Clarke Theatre in September 2020. 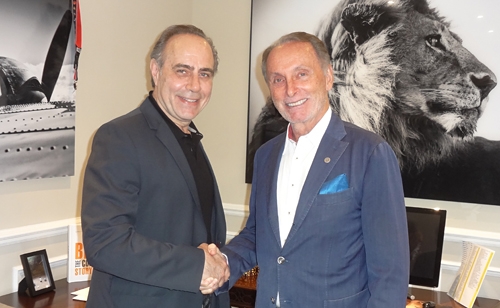 Tickets are already selling briskly; with many purchasers who saw the original production of The Chain, saying that they are anxious to see it again. Its sequel Legacy: The Chain Part II is an easy choice for them. Like me, many of Vittorio Rossi’s fans first came to appreciate his work with A Carpenter’s Trilogy. The first of the three plays debuted at Centaur Theatre in 2006. The opportunity to see The Chain – the play that originally captured the imagination of Montreal theatre-goers in the late 80s is proving to be a major attraction for fans of Vittorio’s writing.

The Executive Producer of the three plays is Barry Lorenzetti; a boyhood friend of Vittorio’s. Both men grew up in the working-class neighbourhood of Ville-Emard. After a recent chance meeting with a mutual friend, they re-kindled their friendship. Ever the entrepreneur, Barry approached Vittorio with the idea of re-staging two of his plays, plus adding the World Premiere of Legacy: The Chain Part II, Vittorio’s newest play.

After graduating from Concordia’s Bachelor of Fine Arts program, Vittorio’s first two plays won Best New Play awards at the Quebec Drama Festival; Little Blood Brother in 1986 and Backstreets in 1987.  The awards caught the attention of Centaur Theatre founder Maurice Podbrey, who offered the young playwright a position as ‘writer-in-residence’ at Centaur Theatre.

A year later, Vittoiro’s first full length play, The Chain, opened the theatre’s 20th Anniversary season in 1988 to critical acclaim and sold out performances. It’s the story of the Testa’s; a first generation Italian immigrant family adjusting to life in Montreal. Tullio Testa is a hardworking landscape gardener. Following a property dispute with his brother while still living in Italy, Tullio hadn’t spoken to his brother in twenty years. A reconciliation is in the works, pending his brother’s visit to Montreal. In order to make himself appear successful while his brother is visiting, Tullio turns over the daily management of the business to his son Massimo; even though his other son Joe works with Tullio on a daily basis and knows the business. This would prove to be a serious mistake.

While the play was understandably popular with the Italian community – ticket sales exploded as the wider English-speaking audiences were caught up in the excitement. The Chain went on to be produced at Ottawa’s National Arts Centre, and Vittorio’s credentials as a playwright were firmly established. 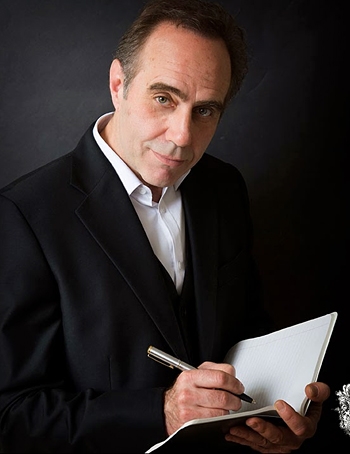 He would go on to write ten more plays that were initially produced for Centaur; including my favourite three-part series; the immensely popular A Carpenter’s Trilogy, based on the life of his father. In 2006, Hellfire Pass won the MECCA Award for Best New Text; followed in 2007 by Carmella’s Table – which also won the MECCA Award for Best New Text. The trilogy concluded with The Carpenter in 2007. I can remember being moved by the story of love and dignity; and how it was expressed so eloquently through Vittorio’s characters.

“An English professor and mentor of mine once told me write about things that are familiar to me. And you know what? That’s been the key to my success.” Vittorio goes on to credit Maurice Podbrey, (Co-founder of Centaur Theatre) for believing in his talent. “I wouldn’t be here talking about theses plays if it wasn’t for Maurice. He gave me the freedom, encouragement and guidance to write plays.”

The Chain will be presented at McGill’s Moyse Hall from September 10 to October 6. Legacy: The Chain Part II (April 21 – May 17, 2020) is the sequel, set thirty years later. The Testa family must face a public accusation that threatens their existence. The production will be a World Premiere of a new Vittorio Rossi play. The remount of Paradise by the River in September 2020 is a searing look at the internment of Italian-Canadians in prisoner-of-war camps during WW II. It won critical acclaim in 1998 and again in 2010.

Vittorio has enhanced his artistic career with acting roles in theatre, television and movies; in English and French. It’s unusual for a playwright to also have success as an actor; and it may give Vittorio an added depth to the characters he creates. Vittorio has appeared on television, film and in live theatre productions. He’s also written several screenplays, including a screen adaptation of his first play, Little Blood Brother.

Like some of his own character creations, Vittorio’s screen roles are sometimes gritty characters such as Detective Tom Celano in a French television series Omérta, and Dino Marrone in Urban Angel. He also starred in the film Canvas opposite Gary Busey and John Rhys-Davies and in the CBS Emmy Award winning film Day One. During our conversation, Vittorio told us about an upcoming role as an undertaker in a French-language film. “They just wanted my suit size… said I didn’t need to rehearse – just show up and act!”  It’s an illustration of Vittorio’s well-earned reputation in the theatrical community.

For his part, Barry Lorenzetti firmly believes that the Vittorio Rossi series will be a box office success. “In my business life, I seek out winning situations. I’ve been fortunate to have made good decisions. I feel the same way about producing these three plays. But this project isn’t about the money – it’s about recognizing Vittorio’s talent and for his ability to present Montreal’s Italian community through his characters.”

Vittorio adds; “Barry and I have started this project with nothing more than a handshake. Without his commitment – we wouldn’t be able to bring these plays to life.”