The 2019 lineup for the largest comedy festival in the world is impressive; and we’ll have a look at the always popular Galas that take place in Place des Arts’ Salle Wilfrid Pelletier. We’ll also give you an overview of favourite series like Brit(ish), The Roastmaster’s Invitational, The Ethnic Show, The Nasty Show and shows at Centaur Theatre in Old Montreal and the intimate 300+ seat Gésu on Bleury. 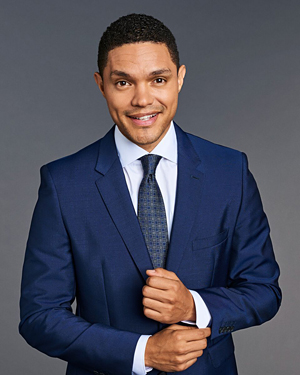 Trevor Noah will perform at The Bell Centre on July 26

Many world-famous comics got their career break-through at Just For Laughs. Household names like Jerry Seinfeld and Home Improvement’s Tim ‘The Toolman’ Taylor were “discovered” at Just For Laughs. Talent scouts for television, casinos and booking agents all come to Montreal’s comedy festival. It’s an opportunity for them to see many artists in a short period of time in one city. They can also judge audience reactions, something you can’t do from video.

Trevor Noah has proven to be such a fantastic success that his show will be at The Bell Centre. Trevor Noah is the most successful comedian in Africa and is the host of the Emmy® and Peabody® Award-winning The Daily Show on Comedy Central.

Trevor has written, produced, and starred in 8 comedy specials, including Afraid of the Dark on Netflix. Noah’s latest stand-up special Trevor Noah: Son of Patricia launched in November of 2018 on Netflix. The special touches upon racism, immigration, camping and more.

Earlier this year, Trevor kicked off his Loud & Clear Tour 2019 where he’ll be crossing North America on his first ever arena outing.

Born in South Africa to a black South African mother and a white European father, Noah has hosted numerous television shows including South Africa’s music, television and film awards, and two seasons of his own late-night talk show, Tonight with Trevor Noah. 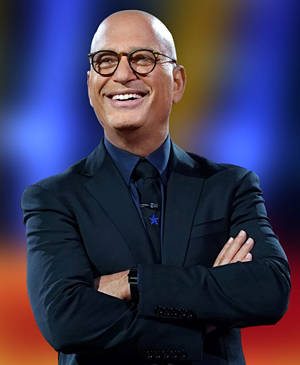 In November 2016, Trevor released his first book Born a Crime: Stories from a South African Childhood, which became an instant New York Times bestseller. The book received the Thurber Prize for American Humor and two NAACP Image Awards, one for Outstanding Literary Work by a Debut Author and another for Outstanding Literary Work in the Biography/Auto-Biography category. Additionally, his performance on the Born a Crime audio book was Audible’s highest rated audio book of 2016 and has remained one of the top selling titles on Audible since its release. Friday, July 26 at The Bell Centre, 8:00pm.

The Gala series will lead off on July 24th with festival co-owner Howie Mandel. He credits his early days in Montreal for giving him the confidence and performance opportunities to develop his routines. In addition to his role on America’s Got Talent and his return as the host of the reborn Deal Or No Deal; Howie tours constantly. In addition to be a talented comedian and on stage and television, he’s also a savvy businessman – and seized the opportunity to become an owner of Just For Laughs. Wednesday, July 24, PdA Salle Wilfrid Pelletier at 8:00pm 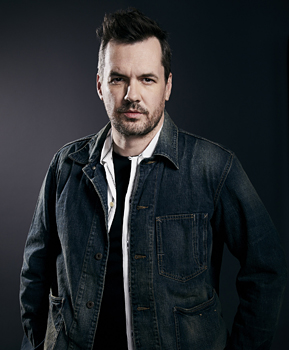 Jim Jefferies will host two Galas on July 25. Jim Jefferies is one of the most popular and respected comedians of his generation, entertaining audiences across the globe with his controversial, belief-challenging, and thought-provoking comedy. He was recently named one of the top 5 touring comedians in the world. Jim hosts the eponymous Comedy Central series, The Jim Jefferies Show. As a strong voice in late night, the weekly series features Jim traveling across the globe to tackle the top news stories and controversial issues of the day.

He’s released 6 stand-up specials, the most recent special, Jim Jefferies: This Is Me Now, premiered on Netflix in July 2018. Filmed at the Eventim Apollo in London, he unapologetically keeps it real when he opens up about the challenges of being a single father, reflects on the time someone tried to unsuccessfully extort him for money with a sex tape and the weirdest gig he’s ever played.

In addition, Jim created, wrote, produced, and starred in the critically acclaimed FX series Legit, which ran for two seasons and has since gained a cult following. He has also appeared in the films Killing Hasselhoff and Punching Henry. Thursday, July 25 PdA Salle Wilfrid Pelletier at 7:00pm and 9:45pm. 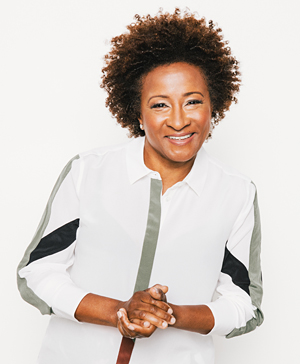 Comedienne, actress and business owner Wanda Sykes will host her Gala on July 26

Wanda Sykes has been called “one of the funniest stand-up comics” by her peers and ranks among Entertainment Weekly‘s 25 Funniest People in America. Her smart-witted stand up has sent her career in many different areas. She’ll be hosting a Gala on July 26.

Their first set of specials; Herlarious aired in summer of 2013 and January 2014 on OWN, and was the recipient of a 2014 Gracie Award. In just its first year, Push It made a first look production deal with NBC, had a new series on OWN, and had shows in development with NickMom (Comedy Camp) and Comcast. Push It Productions produced the 8th and 9th seasons of NBC’s Last Comic Standing. The second season of their show Talk Show The Game Show premiered on TruTV in 2018 and the second season of Face Value hosted by Deon Cole returned on BET. 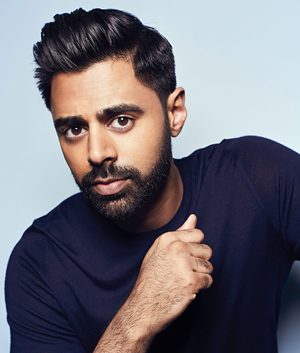 Sykes has been seen on several television shows over the past few years. She can be seen on ABC’S Blackish, which she was nominated for a 2017 and 2018 Primetime Emmy Award for “Outstanding Guest Actress in a Comedy Series.” In 2010 she won a GLAAD award for promoting a good image of equal rights for gays and lesbians. Friday, July 26 PdA Salle Wilfrid Pelletier.

The Hasan Minhaj Gala will take place on July 26. Minhaj is the host and creator of the weekly comedy show Patriot Act with Hasan Minhaj that premiered on Netflix in October 2018. The series explores the modern cultural and political landscape with depth and sincerity through his unique comedic voice. Last year Minhaj earned rave reviews for his one-hour Netflix comedy special Hasan Minhaj: Homecoming King that earned him a 2018 Peabody Award, and for his performance hosting the 2017 White House Correspondents’ Dinner. A first generation American, Minhaj joined The Daily Show with Jon Stewart, where he was Jon’s last hire, in November 2014 as a correspondent and continued in that role after Trevor Noah took over as host the following year. He remained on the show through August 2018. Friday, July 26 at PdA Salle Wilfrid Pelletier at 9:45pm. 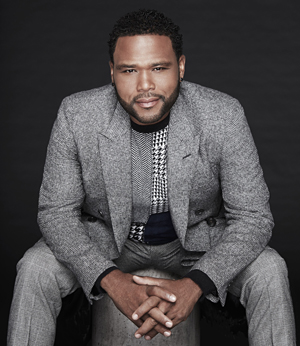 Emmy and Golden Globe nominated actor, Anthony Anderson is the star and executive producer of ABC’s multi-award nominated sitcom Black-ish. He portrays “Andre ‘Dre’ Johnson”, a family man who struggles to gain a sense of cultural identity while raising his kids in a predominantly white, upper-middle class neighborhood.

Anderson will host his fourth season of the ABC game show To Tell the Truth, a popular primetime re-imagination of the beloved classic game show of the same name. He is also producing  Grown-ish for Freeform and Mixed-ish for ABC, both Black-ish spin offs.

Anderson has received three consecutive Emmy nominations for “Outstanding Lead Actor in a Comedy Series”, two Golden Globe nominations and three Critics Choice nominations for his popular role in Black-ish. Additionally, in 2019, he won his fifth individual Image Award in the category of “Outstanding Actor in a Comedy Series,” adding to his 13 total Image Award nominations in his career. He has been nominated for four Screen Actors Guild awards, BET Awards, and Teen Choice awards as well as one People’s Choice Awards and one Kids’ Choice Awards. Anderson has also hosted the NAACP Image Awards for the past six consecutive years.

Active in his community as an advocate and philanthropist, last April Anderson hosted his second annual Anthony Anderson Celebrity Golf Classic, benefiting the American Diabetes Association, Los Angeles Mission and Boys & Girls Club of America. He also proudly serves on the GOOD+ Foundation’s Fatherhood Leadership Council and was recently inducted into the Class of 2017 Boys & Girls Club of America National Alumni Hall of Fame. Anderson has Type 2 diabetes and is an advocate for diabetes awareness and a spokesperson for the “Getting Real About Diabetes” campaign. Sunday, July 28 PdA Salle Wilfrid Pelletier at 6:30pm.

Jonathan Van Ness is an Emmy-nominated television personality, podcaster, and hairstylist to the stars. He can be seen starring on Netflix’s Emmy Award-winning reboot series Queer Eye, where he shines as the show’s groomer, hair guru, and self-care advocate. In addition to Queer Eye, Jonathan stars on the Emmy-nominated series Gay of Thrones, (Funny or Die) a witty social commentary series recapping HBO’s Game of Thrones. Launched in 2013, the series is now in its seventh season and garnered Emmy nominations in 2016 and 2018 for ‘Outstanding Short Form Variety Series.’ Jonathan also continues to work on his passion project, his podcast Getting Curious, a biweekly exploration of all the things Jonathan is curious about. The podcast was listed as one of the Top Podcasts of 2018 by Time Magazine, and recently won the iHeart Radio Award for Best LGBTQ Podcast. 2018 was a breakthrough year for Jonathan, who realized two new passions – for the arts of stand-up comedy and figure skating. Jonathan is currently on his first worldwide comedy tour Jonathan Van Ness: Road to Beijing.  Sunday, July 28 PdA Salle Wilfrid Pelletier at 9:00pm. 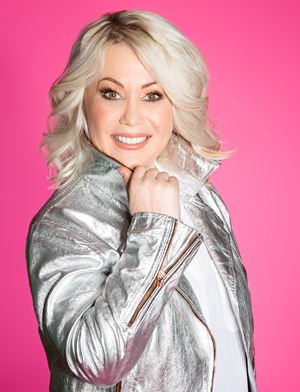 Jann Arden is a singer, songwriter, broadcaster, actor, author, podcaster, and social media star. The celebrated multi-platinum, award-winning artist catapulted onto the music scene in 1993 with her debut album, Time for Mercy, featuring the hit single I Would Die for You. A year later, she had her international break-out hit with Insensitive.

Arden stars as a fictionalized version of herself in the new CTV original comedy series JANN – a comedy with heart that bridges fame and family. She has also written four books, the most recent being the Canadian bestseller Feeding My Mother: Comfort and Laughter in the Kitchen as My Mom Lives with Memory Loss.

Arden is much in demand as a public speaker, and a favourite frequent guest host on CTV’s The Social. Jann’s most recent recording – These Are the Days released in March of 2018 could arguably be Arden’s most personal and poignant musical offering to date. Thursday, July 25 at 5:15pm in the Grand Salon Opera, Doubletree by Hilton Montreal.

Tickets for all Just For Laughs shows can be purchased at: www.hahaha.com Enjoy!