“I remember those crazy nights in Montreal…” – the opening lyrics to I Just Wanna Stop still excite audiences around the world.

Gino Vannelli will be returning to his native Montreal for a very special homecoming at Theatre Maisonneuve in Place des Arts on April 26th and 27th. It’s a testament to Gino’s enduring popularity in Montreal that tickets for the show on the 26th sold so quickly that promoter Rubin Fogel booked a second show within two days. Gino will be touring to support his 20th album, Wilderness Road, but assured me during a recent conversation that he and his 7-piece band would be performing all the favourites from his catalogue of enduring hit songs garnered from his previous records that have sold an incredible 20 million copies world-wide.

“I took nearly five years to record this album, and it’s the first time that I’ve recorded a narrative album. I had composed a collection of thirty-five songs, and I pared it down to twelve for this album. The title song, Wilderness Road is a look back at my own life, with a salute to my wife Patricia, who has been with me on this journey. We were married when she was just 18.” At one time in his career, Patricia was the only person to understand Gino’s decision to reject pressure from his then record company to record disco songs.

The songs on Wilderness Road are a fusion of Americana, soul, and jazz. You’ll even hear acoustic guitars on some of the songs. But it’s wall-to-wall Gino Vannelli, from his crystal-clear voice and his trademark soaring melodies, to the rich (yet uncluttered) musical productions. There is enough ‘space’ for the listener to absorb the lyrics and to follow Gino’s path with your imagination. “This new collection of songs has been a true labour of love; the kind of words and music I’ve been waiting to sing for a long time… stories I’ve been aching to tell.”

“In order to write,

first you must observe”

While listening to this album, the beauty and aching truth of the song Yet Something Beautiful stopped me in my tracks; and I asked Gino about it. “I saw a woman pushing a man in a wheelchair, and he obviously had some kind of a handicap. He couldn’t control his hands, and his speech was loud. She wasn’t fazed with his behaviour, and spoke to him gently. She got him into to coffee shop, helped out of his wheelchair and onto a chair. She kissed him on the cheek and said ‘You’re still my man’. I recorded the vocal on that song five times, because I didn’t want singing to take over the song – I wanted the lyrics to tell the story. I could see in his eyes that he understood his wife’s love – even if he could tell her.” 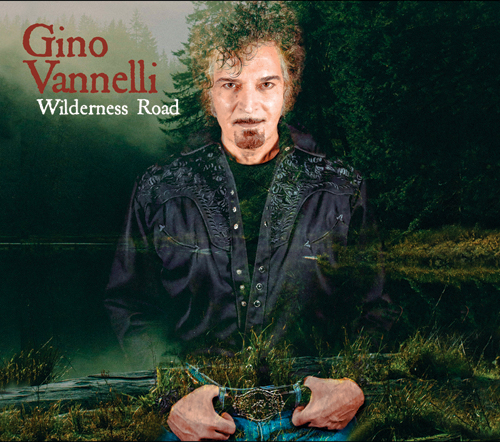 The Woman Upstairs is a story that Gino has carried since his youth. It’s a tragic song, based on a true story with no winners. The Long Arm Of Justice is one of Gino’s favourites; a true story about a man who was acquitted of murder on a technicality, but whom subsequently died in a house fire – a kind of ironic retribution. There’s a lot to like on Wilderness Road, and I’m sure that it will be popular with current Vannelli fans and will introduce a new generation of music lovers to the musically sophisticated sound of Gino Vannelli.

During our interview, Gino commented that he doesn’t want to be a museum piece performer, but wants to continue forging ahead. “I’ve been able to recreate myself, rather than gild myself. It’s an important distinction. I don’t want to be yet another “revival” act that plays the hits of days gone by. I have an opportunity to introduce proven hit music to a new generation, along with my new material.” He adds; “I learned the hard way that fans have an expectation to hear the hit songs, and we make sure that we fit them all in. We’ll perform a few songs from the new album as well.”

Gino grew up in Montreal, in a household full of music. His father was a jazz singer, and introduced Gino and his brother Joe to the world of music. As a youngster, Gino studied drums and musical theory. He formed his first band, The Cobras at age 12. Brother Joe joined a year later to form a group. While the brothers were performing popular music, Gino was also developing an enthusiasm for classical music, attending Montreal Symphony Orchestra concerts on a monthly basis, and later he enrolled in The McGill Faculty of Music.

Gino and Joe travelled to Los Angeles to seek their fame and fortune. After weeks of rejections, disappointments and running low on funds; the brothers decided to give one last try before heading home to Montreal.

During our conversation, Gino confirmed that the story is true. “I literally ran through the gates after Herb Alpert, of A&M records. He saw something in my face, and told the security guard that it was ok – he’d see me and listen to my songs.” Herb Alpert and Jerry Moss signed Gino Vannelli immediately, and he went on to record 6 albums for their label between 1974 and 1978.

The Montrealer: Did you ever imagine how far that first meeting with Herb Alpert would take you? “Ambition is blind. You don’t have a vision carved in stone of what ‘making it’ means. It changes along the way, and not always without pain. In a very real sense, I grew up publicly.”

New ownership at A&M wanted Gino to go into disco, and so he left A&M to sign with Arista Records, and recorded an album that included the hit Living Inside Myself. Unfortunately, the relationship with Arista management soured, and the album Nightwalker was the only recording done for the label. “They wanted me to continue producing the same kind of music – whereas I believed that I could build from that strength and develop as an artist. We came to an impasse, and I had to buy out my contract. I sold just about everything I had – including my house – to pay back Arista. In today’s dollars it was in the millions. Only two people still believed in me during that process; my wife – and myself. I had to look for deep reservoirs of faith and confidence so that I could find and create the music that I had in me.” 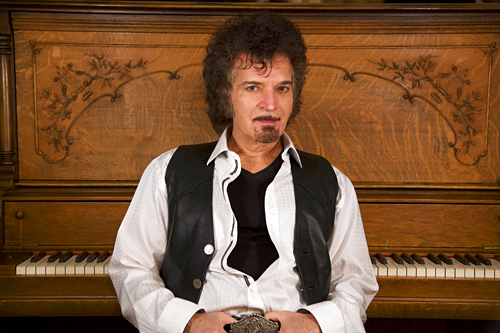 Gino is a charismatic performer who
consistently sells out his shows

Gino’s confidence in his ability to write music that would have a specific audience appeal proved to be right. The next two albums (including the hit single Wild Horses) sold very well in Europe, and Gino toured extensively there from 1985 through 1990. He continues to have a large European fan base.

Having achieved a certain financial security, Gino moved with his wife and family to Portland, Oregon. “I didn’t tour for 12 years, although I continued to record in my studio. I returned to college, and studied humanities, including a variety of world religions and philosophy.”

By the late 90s, Gino was concentrating more on classical music, and took voice lessons for a couple of years. “Something that is good for a song might in fact be bad for your voice – so the idea was to improve my singing – so that I could achieve what I wanted when singing, and not take ‘shortcuts’.”

Gino plays piano and guitar in several songs on Wilderness Road. “I started learning guitar for two reasons… one of the great session musicians Jerry Douglas charges $5,000 for a recording session. I wanted to save a little, and I also wanted to be able to record the music that I was hearing in my head. So I kept practicing until I was good enough to play on the recording.”

Responding to my question about the wildly enthusiastic audience reaction to I Just Wanna Stop –Gino replies; “I get that all over the world. I guess that’s kind of my signature song. Some artists feel that they are prisoners of their big hits. Firstly; I don’t feel that way because I wrote my hits. Secondly – if those songs are a prison, then I have the key…”

Gino’s voice is strong and he commands a wide musical range and expression. He can soar with power and then bring his voice to a whisper; still maintaining the fullness and timbre. He’s enthusiastic about his band and the show.