Montreal entrepreneur Nannette de Gaspé Beaubien has developed a unique line of natural skin care products, two of which were selected by The Academy Awards to be included in the ‘swag bag’ given to all Oscar nominees. While most company’s pay to have their products included, the organizers requested the Nannette de Gaspé products, based on their quality and efficacy. 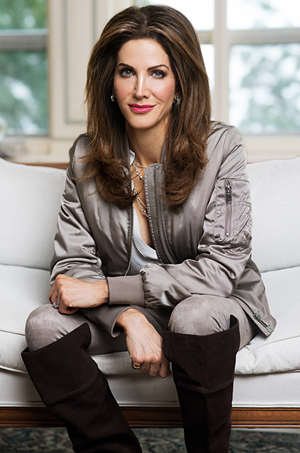 During our conversation, I learned how Nannette evolved from a corporate venture capital executive with BMO in Toronto and then New York City to become Beauty Industry Woman of the Year in 2017. She received this award after starting in the fiercely competitive cosmetic industry just a year before.

“I worked in corporate finance with bank Of Montreal in Toronto, and then for three years in their venture capital division in New York City. It’s a bit of a low profile field, because it’s a relatively small group of people that you interact with, pulling together financing for large financial transactions. I didn’t realize at the time that my knowledge of finance could be repurposed later in another career. ”

“My husband and I moved back to Montreal, and we began to invest in real estate developments, like the condo building at 333 Sherbrooke St East. We subsequently started to invest in Quebec-based companies.”

Nanette was asked to become a Board member of the National Research Council. “The NRC Board was in a period of transition, and they wanted to have someone like me with a business background. After accepting their invitation, I was the subject of a thorough six-week investigation as part of their vetting process.” Continuing, Nannette said; “I was able to bring a fresh and very different business perspective to the Board. I asked questions about what kind of practical, real-life applications could be derived from the research funding requests.”

Nannette’s contributions were useful and valued. So much so, that in a rare move, the Treasury Board of Canada asked her to participate on the NRC Audit Committee. Normally Board members do not also sit on the Audit Committee, but Nannette was an exception, a reflection of her business acumen and input at Board meetings. “Again, what I didn’t realize was that this experience would subsequently be valuable in my current business.” 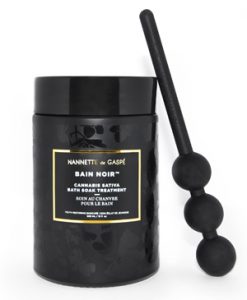 Nannette was asked to become a strategic advisor to Holt Renfrew as that company refined its business plan and approach to the evolving luxury marketplace. It would prove to be immensely useful in the subsequent development of her own high-end retail product line.

“One of the companies my husband and I invested in was Biomod, a company that had developed a method of inserting a skin care product into a cloth-like material that could be worn or applied to the skin. It proved to be tremendously efficient at delivering the product that strengthen and repairs the skin. Essentially it employs nano-technology that vectorizes and delivers the active healing ingredients to the skin as minute particles. The lipidic molecules mimic the biology of the skin, and create a gentle pathway that deposits the active ingredients under the skin. Using this technology, we’ve created an entirely new skin care product category. Our objective was to develop a way to commercialize the technology.”

“Our masques are dry and can be re-used three to five times, and can be kept in a re-sealable pouch between uses. Traditional masques are applied wet and have about 5 – 7% active ingredients. Without the necessity of moisture, our dry masques deliver 87% active ingredients. The result is a high performing product that is also easy to use. Whether it’s a full facial, partial, or neck masque; you can go about your morning preparations while wearing the masque before going out for the day.” 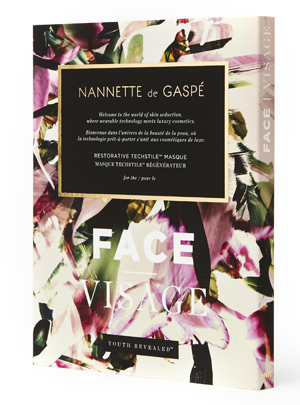 Even the elegant packaging
design is produced in-house

Nannette and her small team then expanded the Nannette De Gaspé skin care product line the launch of the Nannette de Gaspé Art of Noire brand.  “We worked with some of the finest formulators, and they worked with natural ingredients. We have three criteria that our products must deliver: Luxury – Natural – High Performance.” Continuing, Nannette explains; “It’s all well and good to claim that your products are luxurious and that they are natural; but to have a high performance, that’s where our science and technology come into play. And that’s the key ingredient for the Art of Noire products – they have high performance properties. They work… really well.”

Nannette and her formulators designed their products to meet the demands of a sophisticated and knowledgeable clientele. “I stopped counting the number of times I was told, ‘It doesn’t work that way’ or ‘You can’t do that in the cosmetic industry’. Well – we did it and its working.”

“The world is changing rapidly, and there are no rules. If you create a good product that delivers what people want and appreciate – you’ll do well. It’s all about learning – you just keep listening and learning every day.” Without being immodest, Nannette states matter-of-factly: “We do things well.”

The ‘we’ Nannette refers to is a team of just five energetic people in their Montreal office. ”We do it all right here; package design, branding, product shots – everything!” 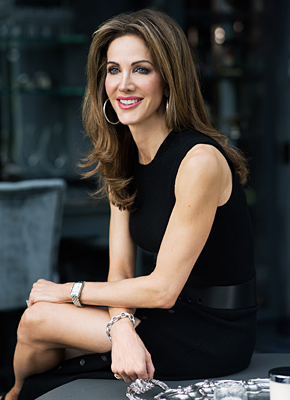 The Nannette de Gaspé product line was launched in May 2016 in the ultra high end Selfridges in London. A short while later, Nannette de Gaspé products were on the shelves in New York City’s tony stores such as Bergdorf Goodman, Barney’s New York and Neiman Marcus. Holt Renfrew in Canada quickly followed, as did Lane Crawford in Hong Kong and China. The products were so novel that many articles were published in high profile magazines such as Vogue, where she was championed as an effective disruptor in the beauty industry. From a non-existent company prior to May 2016, by December 2017, Nannette was named Beauty Industry Woman of the Year for The Americas by the prestigious Cosmetics Design Beauty Industry Awards. Nannette de Gaspé also won Best Indie Beauty Brand.

The proverbial ‘cherry on the sundae’ came with Academy Award’s decision to include a Nannette de Gaspé Bain Noire bath soak treatment and also a facial masque in the ‘swag bag’ that was delivered to all Oscar nominees. The combined value of the products contained in the bags is in the vicinity of $100,000 per bag. Most of the items included have paid a product placement fee. But not the two from Nannette de Gaspé… “We were invited to participate. It was exciting – but I didn’t know how exciting it would get…”

“The Oscars generated articles about the products and the company all over the world – even in Russia, Korea and Vietnam. We had articles in print, television and online. The Globe & Mail, The Telegraph in London, the New York Post, Business Insider, Town & Country, VOGUE in the US, France, UK and Arabia, the Beauty Director for OPRAH Magazine, CNBC, Associated Press, Market Online and many others. Several television shows demonstrated our products, as did the online sites.”

It’s onwards and upwards for Nannette de Gaspé Beaubien who has marshalled her various business experiences to successfully found and market her line of beauty products in highly competitive business, all without losing her sense of the importance of family and service to the community.