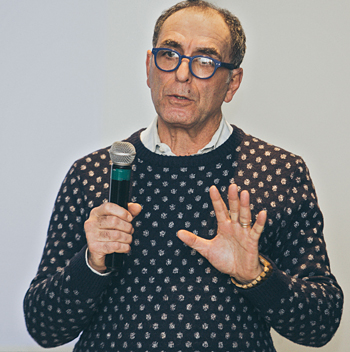 Dr. Alain Ptito discussing the science behind the PoNS neurotechnology. He is a
Neuropsychologist and Director of the
Psychology Department at McGill University Health Centre and Professor of Neurology, Neurosurgery and Psychology at Montreal Neurological Institute and Hospital

Heuro Canada Inc. has established a reputation as leading provider of innovative neurological health solutions, and the British Columbia-based company has recently opened its first Canadian clinic at Neurotherapy Montreal in Town of Mount-Royal. Leading the Montreal team is Dr. Alain Ptito, Professor of Neurology and Neurosurgery at McGill University. He has also worked as a Neuropsychologist at the Montreal Neurological Institute and Hospital since 1983; and he is now Director of the Psychology Department at the MUHC. I visited the facility, and was impressed by the range of therapies offered. While the equipment is sophisticated state-of-the-art, it sure doesn’t feel like a hospital setting, and there is ample space for family members to wait.

The company’s vision is to improve the quality of life for Canadians dealing with neurological symptoms, including Alzheimer’s, strokes and traumatic brain injuries. The clinic has its own MRI machine; portable EEG and Ultrasound units that can be moved to any one of the eight treatment rooms. The clinic has trained cardiologists and psychologists available to provide comprehensive patient care.

Executive Director Marcel Mazaltarim explained that the clinic has a high degree of success in treating patients. “We had an Alzheimer’s patient from the public system whose family had been told that he couldn’t expect to make any more progress. We were able to provide a significant improvement for that person and his family.”

Continuing, Mazaltarim states; “With the addition of the PoNS technology, we can help patients recover from brain injuries faster and more effectively. On that basis, we’re working with insurance companies to demonstrate that the cost of treatments can reduce their long-term payouts by enabling their clients to get to their normal lives and to work much more quickly.” 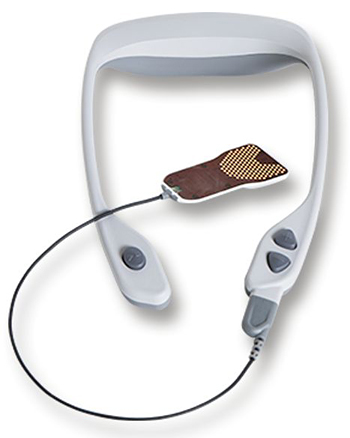 The concept behind the PoNS technology (Portable Neuromodulation Stimulator) is straightforward, even though it involves sophisticated electronics. It combines a non-invasive device used in conjunction with physical therapy. The simple apparatus fits around the neck, a bit like a stethoscope. Attached is an electronic tab that is placed on the tongue while the client exercises on a treadmill, or is engaged in other therapeutic exercises. The nerves in the human tongue are directly linked to the brain, and this ‘pathway’ is how the PoNS system works. PoNS Treatment is the first and only tongue-delivered neuromodulation treatment that has been developed to combine stimulation of cranial nerves with physical and cognitive therapy, restoring lost neurological function. Already approved by Health Canada, the PoNS system is pending approval by the FDA in the U.S.

The electronic impulses from the muscles are transmitted to the brain via the contacts in the tongue device. Explains Dr, Ptito in a recent CTV interview, “We are creating new connections in the brain from the physical exercises. The brain is creating (or re-creating) memories, linking the act of walking or arm movements to the brain.” 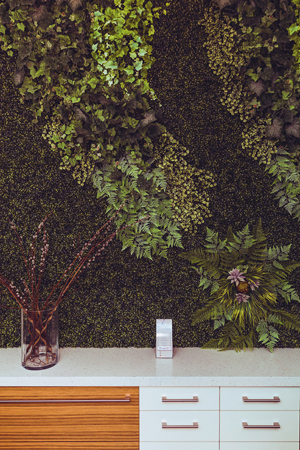 A living wall exemplifies the
serene atmosphere at
Neurotherapy Montreal

Combined with physical and cognitive therapy, the PoNS device helps clients overcome persistent deficits, such as gait and balance symptoms, from previous mild to moderate traumatic brain injuries. Heuro Canada is excited about the possibilities for people with neurological symptoms, helping individuals restore their livelihood.

Neurotherapy Montreal applies existing rehabilitation and recovery training procedures in conjunction with the latest neuromodulation and neuroscience technologies, helping individuals restore their livelihood and overcome neurological symptoms from previous moderate traumatic brain injuries. The TMR clinic is the first licensed Heuro PoNS treatment centre in Canada. The goal of Neurotherapy Montreal is to improve the quality of life of children and adults suffering from functional neurological disorders, achieving the most complete independence possible by restoring functions beyond traditionally-expected boundaries.