Non Nobis Solum. Not For Ourselves Alone. This simple but powerful motto is one that Paul Marchand learned in high school, and which ultimately has shaped the course of his life.  A lawyer specializing in the field of estates and trusts for over 50 years, this native Montrealer has seen his fair share of cases, but the one that remains closest to his heart is giving back to his community.

Despite his family’s history of working in the scientific and medical fields, Paul knew early on that this career path was not for him. “My father was a dentist and he told me that I needed to follow in his footsteps or become a surgeon,” he explains. “I was terrible at working with my hands so I knew I wouldn’t be cut out for either!” he states.

Instead, Paul earned his Bachelor’s degree from Princeton University. “I used to read Sports Illustrated and the men’s rowing team from Princeton was featured in the magazine’s annual swimsuit edition surrounded by beautiful women, so that’s one of the reasons that I decided to apply!” he says jokingly. Attending Princeton on a scholarship, Paul fondly remembers his university days as both enlightening and enriching, and after briefly considering a career as an English professor, he ultimately returned to Montreal and graduated from law school at McGill University. 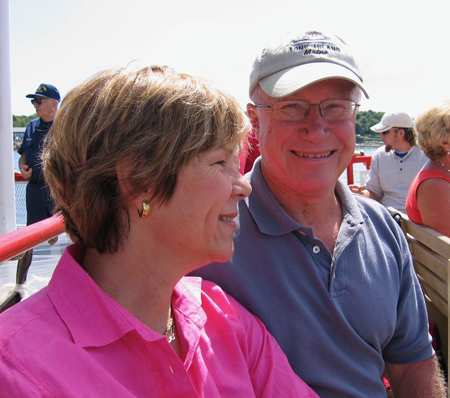 Paul with his wife Jennifer

His first experience with helping people in need came when he was a young lawyer tasked with providing pro bono legal aid to residents of Montreal’s Little Burgundy neighbourhood. “I helped several people working on the city’s railroad systems gain eligibility for their old age security pension,” he explains. “The experience was very rewarding and it served as an important reminder from my childhood that I needed to do my part and give back to my community,” he says. From there, he lent his time and energy to other local organizations ranging from youth services to education, but it was an experience at the Royal Victoria Hospital of the McGill University Health Centre (MUHC) that helped him truly understand the meaning of ‘paying it forward’.

A persistent heart murmur required Paul to regularly visit his cardiologist at the hospital. “During one of my check-ups, my doctor noticed that my heart condition had gotten progressively worse,” he explains. “The ‘alarm bell’ was rung and I needed to have urgent open heart surgery. A 3 hour procedure turned into 12 hours, and considering all of the complications that occurred, the fact that I am still here is truly astonishing,” he recalls.

Grateful to the hospital for saving his life, Paul became involved with its Foundation as a member of the Board of Directors. “Volunteering with the foundation was one of the ways to say thank you to the community of medical professionals who not only cared for me, but also care for the Montreal community at large,” he says. In addition to his work on the Board of Directors, he became a generous donor to nursing education, inspired by the compassionate care his wife Jennifer received during her battle with ovarian cancer. “During our 47 years of marriage, I was always the one who had health problems,” Paul states. “Jennifer’s diagnosis was sudden and she became ill very quickly. However, the entire staff at the MUHC took such great care of her, and I got to know the nurses on her floor quite well. They were extremely special people and when Jennifer passed away, I wanted to support the important work that they do in her memory,” he says. 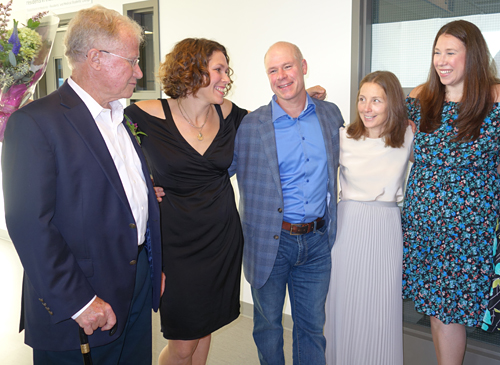 Paul’s deeply rooted sense of making a difference in his community has been passed down to his three children: Amanda, Matthew and Jessica. “I believe that what you do in your lifetime will live on after you and I’m proud to see that my children are carrying on our family’s tradition of paying it forward,” he states.

Passionate about the city that he has called home his entire life, Paul has seen the evolution of Montreal’s culture and community. “When I was growing up in Hampstead, it was considered rural at the time,” he says laughing. “I know that the city has changed but what has remained the same is the fact that every great city has a great hospital,” he explains. “The MUHC is such an important part of Montreal not only because it is so large and diverse, its people are residents of the community and they provide exceptional care to the citizens of our community. To keep this going, we need to get the people involved so that our city will remain viable,” he says.

Non Nobis Solum is more than just a motto for Paul; it is his way of life. “There were many coincidences that happened in my life that could have changed my path, but the one constant was that I knew I needed to give back,” he states. “Anything you do can be paid forward. The glass is always half full and whether or not you choose to fill it or empty it is up to you,” he says.

To learn more about the donors and volunteers making a difference in the lives of MUHC patients and their families, please visit www.muhcfoundation.com