The 11th annual “Art By The Water Exhibit and Sale” is a different style of art exhibit with a unique setup at the charming and historic Beaconsfield Yacht Club on April 27th with a vernissage at 6pm – 9pm and April 28, 29th at 10am – 5pm. 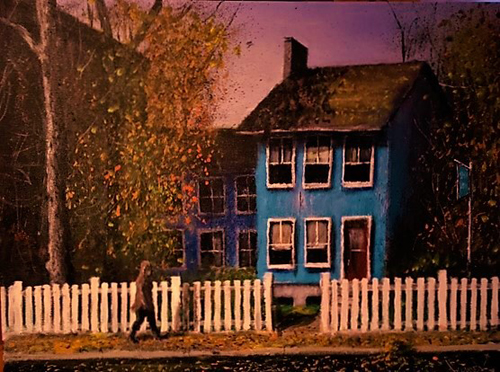 The 200 year old building, formerly known as the Grove Point Inn was an exclusive country resort and boating club in 1891, which became a fashionable retreat for the wealthy elite of Montreal. The history dates back to 1810. The clubhouse has been declared an historic monument. The location is absolutely beautiful.

The artists encourage people to browse at their leisure and enjoy the ambience.  The three day event is held rain or shine, inside the old stone building and outdoors on the covered veranda and under the large tent where approximately 200 paintings will be up for sale to benefit adolescent colon cancer. So whatever the weather, the artists will welcome everyone warmly. The artists will be donating to The Morgan’s Hope Fund under the umbrella of The Foundation of Greater Montreal.

Art By The Water is excited to welcome two new guest artists, Wayne Larsen and Leslie Portsmouth.  Both bring a vast knowledge of art and a variety to the exhibit. 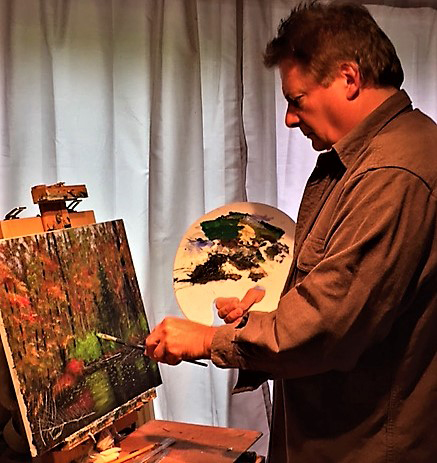 Wayne Larsen, former Editor of The Westmount
Examiner is an accomplished artist, and author

Wayne Larsen grew up in Montreal and in Val David, Quebec where he spent much of his time fishing and climbing mountains, hence later, his love of the outdoors and pleine air painting.  He studied Fine Arts at Champlain College and later earned B.A. and M.A. degrees from Concordia University, where he has been teaching journalism since 2003.

Wayne is primarily a landscape artist and also an author. The Group of Seven and their contemporaries have always been of great interest to him; and he has been collecting books and articles on the subject for nearly forty years. He often gives lectures on The Group of Seven and Canadian Art at universities, galleries, museums and other cultural institutions. As an author, Wayne has written four books on Canadian Art including Tom Thomson and James Wilson Morrice. His 2009 biography of A.Y. Jackson, The Life of a Landscape Painter received much critical acclaim and reached the number two position on the Globe and Mail’s national bestseller list (art books). From 2000 to 2012 Wayne was editor-in-chief of the Westmount Examiner, during which period the paper won numerous national and provincial awards for excellence. His freelance work has included art and literary features and reviews for The Montreal Gazette and The Toronto Star as well as several magazines. He has also worked as a copy editor at Reader’s Digest Canada, and regularly judges Canadian media awards. 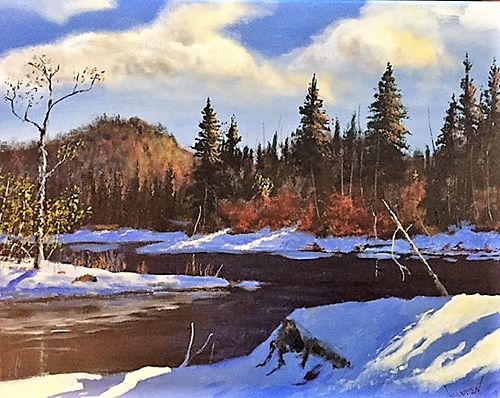 Wayne began painting in 1975 in oils and acrylics.  He has painted in different regions of Canada, but now works primarily in Quebec’s Laurentian Mountains.  Several of his paintings include the Eastern Townships as well as scenes from Ontario, Saskatchewan and Alberta. Although most of his artworks are scenic landscapes, he has several paintings of charming cottages and scenes of Montreal.  His landscape paintings reflect the tranquility of rural and wilderness settings; providing a refuge from our loud, fast paced technology-driven lifestyle.  As a result, his creative process rarely involves computers or other electronic devices. He prefers to employ techniques similar to those of the venerated landscape painters who were attracted to the Laurentians long before.

Wayne will be present during the three day exhibit where his paintings can be seen and purchased. 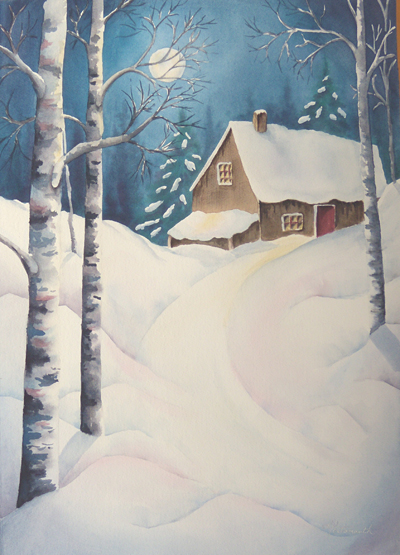 Leslie is a firm believer that “life is better with art”.  Leslie’s art celebrates the special delights of each of the four seasons, using vibrant colours and attention to detail to bring the outside in for her viewers. She is both a figurative and abstract artist. Leslie is best known for her vibrant watercolour flowers that express her love of gardening and often include details of birds and bugs found in her own back yard.  In recent years she has expanded her artistic horizons to include the use of fluid acrylic which ebbs and flows in many wondrous ways allowing her to create an unusual interpretation of nature. Her colour choices are bold and joyful paired with soft organic shapes.  Although her watercolour paintings are often floral inspired, she also loves to paint rural landscapes.  Her latest “Moonlit Hideaway” is enchanting.  Leslie will be showing this piece along with approximately 25 others during the 3 day exhibit at The Beaconsfield Yacht Club. Her works are held in private collections in Australia, Europe, USA and Canada.

Visitors have come from far and wide outside the West Island area; from Ontario, the Eastern Townships, the Laurentians, Westmount, Cote St. Luc, Town of Mount Royal, Laval, Brossard and beyond. Admission is free with a chance to win a painting by Wayne Larsen and Leslie Portsmouth.

For boating enthusiasts, The Beaconsfield Yacht Club has many activities, with or without a boat membership. To learn more about the yacht club, visit their website www.byc.qc.ca or call: 514 695-1272. 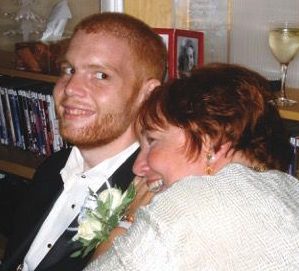 Morgan and his Mom Terry Hill

Art By The Water is more than an art show; it has “heart” and the public is touched by both “Morgan’s story” and the work the artists put into the event to make it a welcoming place. Morgan was diagnosed with adolescent colon cancer at 19 years old and unfortunately passed away 2 years later after going through chosen painful experimental treatments. He refused to give up hope and decided to set up a fund to raise money for much needed research, hence he created The Morgan’s Hope Fund with his own small savings. Knowing his decease was terminal, he was still determined to help other young cancer patients so that they might have a chance for the future with more funding for more and more research. With increased research, there is hope for a cure. Morgan had hope and a goal and now his goal is going forward. Morgan’s DNA is being used for research at the Jewish General Hospital by Dr. W. Foulkes and his research team.  Unfortunately cancer touches us all, we all know someone affected with this horrific decease. The researchers are now trying to find a link between adolescent colon cancer and adult colon cancer to find a cure. In the last few years, much progress has been made.  We must never give up hope.

Morgan’s Mom has been carrying out her son’s wish of raising funds for research into this dreaded decease through various forms of fundraising. The artists have made it their mission to help as much as possible and we hope that you will be inspired by Morgan’s hope and attend The Art By The Water Exhibit and Sale.