“Master Harold”… and the Boys

The Segal Centre, in association with Black Theatre Workshop, proudly presents the acclaimed production of “Master Harold”…and the Boys by the Shaw Festival in association with Obsidian Theatre. One of Athol Fugard’s most powerful plays. Fueled by the South African playwright’s recollections of his youth, this incendiary play lights a fuse that ultimately explodes the subtle corruption of living in an environment where systemic racism is condoned or even encouraged; addressing racial injustice that lingers far beyond its apartheid era setting.

“One of Shaw Festival’s best” – The Globe and Mail

With multi-award-winning director Philip Akin at the helm, “Master Harold”…and the Boys marks the Shaw Festival’s third production partnership with Toronto’s Obsidian Theatre. The set and costumes designed by Peter Hartwell, along with the lighting design by Kevin Lamotte and dance sequences by Valerie Moore, transform the theatre into an intimate tea room where audiences witness the private interactions of young Hally (James Daly) growing up in the company of two servants, Sam (André Sills), and Willie (Allan Louis). When Hally learns his tyrannical and racist father is returning home, he succumbs to the cultural hatred fostered by apartheid, costing him and his friends dearly.

The play was initially banned in South Africa and has since become an enduring, modern classic that continues to speak to inequality and injustice.

“At a time when systemic racism and its roots are once again a subject of national discussion in America, [Master Harold] feels particularly, and sorrowfully, pertinent.” – The NY Times

All three original actors will be making their Segal Centre debuts with this production. Audiences may recognize James Daly from Comedy Networks’ Letterkenny, and the Shaw Festival’s Uncle Vanya and Peter and the Starcatcher. Allan Louis’ impressive resume includes several stage credits including the title role in the Shaw Festival’s recent production of Dracula, Baby It’s You! on Broadway, and the first national tour of Ragtime, as well as screen credits including NCIS, Castle, and Person of Interest. André Sills is no stranger to the Shaw Festival having appeared in productions of The Madness of George III, An Octoroon, and The Adventures of the Black Girl in her Search for God. Director Philip Akin, James Daly, and André Sills were recognized at the 2017 Dora Mavor Moore Awards and the 2017 Toronto Theatre Critics Awards for their work on “Master Harold”…and the Boys. 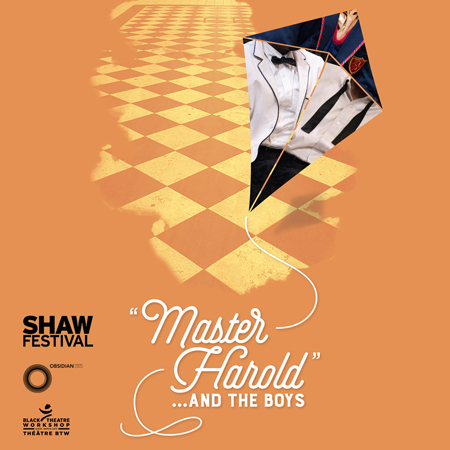 “We are proud and excited to bring this extraordinary production to Montreal. It’s one of the finest pieces of theatre I’ve ever seen and features some of the greatest performances in the country. If there was ever a time to witness this important play, this powerful story will resonate deeply in today’s global landscape. Everyone should see this,” said Segal Centre Artistic and Executive Director Lisa Rubin.

SUNDAY @ THE SEGAL
An enriching pre-show lecture series on the history, ideas, and themes of “Master Harold”…and the Boys.
Sunday, January 21 – 11:00 am
Entrance is free.

MONDAY NIGHT TALKBACKS
A chance to interact with the creators and actors of the play after the curtain goes down.
Mondays, January 29 and February 5.