I’m Dying Up Here on Showtime: A Night with Cast & Creators

The new one-hour drama series I’m Dying Up Here, with new episodes Sundays at 10pm on Showtime, explores L.A.’s famed ‘70s stand-up comedy scene. The series delves into the inspired, damaged and complicated psyches of those who stand alone in front of an audience ‘dying’ for fame, fortune and, with any luck, a shot on Johnny Carson.

A fictional group of competitive but close-knit comedians are mentored by “Goldie”, a brassy comedy club owner who rules over her business with an iron fist, but nurtures her comedians with tough love. For Goldie and her crew, there’s truly no such thing as an easy laugh. 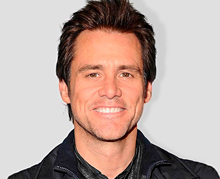 Jim Carrey is an executive producer on the upcoming Showtime comedy series I’m Dying Up Here, premiering on June 4th, set in the 1970’s stand-up comedy scene. Of course, Jim is also one of the most beloved comedians, Canadian or otherwise, of all time!

Born in Newmarket, Ontario, Carrey began his career as a stand-up comic while still in his teens. Moving to Los Angeles at the age of 19, he immediately became a regular at Mitzi Shore’s Comedy Store, attracting the attention of comedy legend Rodney Dangerfield. Dangerfield was so impressed with the young comic that they began touring together.

In 1994, after several successful seasons on FOX’s ensemble hit In Living Color, Carrey shot to international fame with a starring role in Ace Ventura: Pet Detective.

Jim Carrey followed up the success of Ace Ventura with a run of unforgettable performances in The Mask, Dumb and Dumber, Batman Forever, Ace Ventura: When Nature Calls, The Cable Guy, Liar Liar, The Truman Show, Man on the Moon, Me, Myself & Irene, How the Grinch Stole Christmas, Bruce Almighty, Eternal Sunshine of the Spotless Mind, and many more.

Jim Carrey has been honored for both his dramatic and comedic work as an actor. He won a Golden Globe Award, for Best Actor in a Motion Picture – Drama, for the title role in Peter Weir’s The Truman Show and his second Golden Globe, for Best Actor in a Motion Picture – Musical or Comedy, for his portrayal of comedian Andy Kaufman in Milos Forman’s Man on the Moon. Jim has also been nominated for Golden Globes for his work in The Mask, Liar, Liar, Eternal Sunshine of the Spotless Mind, and How the Grinch Stole Christmas. 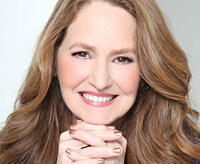 Melissa Leo received an Academy Award, a Golden Globe, a Screen Actors Guild Award, and a Broadcast Film Critics Association Award for her tour de force performance in The Fighter.

She received Oscar and SAG Award nominations for her starring role in Frozen River, for which she won an Independent Spirit Award for ‘Best Female Lead’ and a Spotlight Award from the National Board of Review, among countless other accolades.

Leo shared a ‘Best Ensemble’ acting award from the Phoenix Film Critics Society for her outstanding work in 21 Grams, opposite Benicio del Toro and Sean Penn.

On the small screen, Melissa received an Emmy nomination and a Critics’ Choice Award nomination for ‘Best Supporting Actress in a Made for Television Miniseries or Movie’ for her performance as “Lady Bird Johnson” in Jay Roach’s HBO movie All the Way. She also earned a Primetime Emmy Award for ‘Best Guest Actress in a Comedy Series’ for her hilarious and outrageous performance on FX’s Louie, which People magazine called the best in television all year. Leo earned a ‘Best Supporting Actress’ Emmy nomination for her work in the HBO miniseries Mildred Pierce.

Leo is also known for her groundbreaking portrayal of “Detective Kay Howard” on Homicide: Life on the Streets. Her other television credits include Treme, for David Simon, and the FOX event series Wayward Pines. 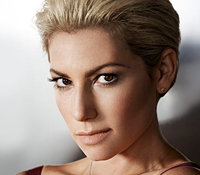 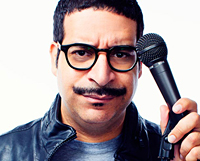 Fans of the hit Comedy Central series Workaholics instantly recognize Erik Griffin as the show’s iconic series regular Montez. Most recently, his debut comedy album, Technical Foul: Volume One, was released and his Comedy Central Presents Half-Hour stand-up special premiered this year. You should also be looking forward to Erik’s appearances in the hotly anticipated I’m Dying Up Here, about the world of stand-up in the 70’s in LA, on Showtime.

Erik is a first generation American-born comedian/actor who made the decision in 2003 to quit his job and plunge headlong into making comedy his full-time occupation. Erik first gained national exposure performing in the ALMA nominated Payaso Comedy Slam seen on Showtime and Comedy Central networks. In 2008 at the Just For Laughs Montreal Comedy Festival, he received overwhelming reviews.

Mostly recently, Erik was seen on Surviving the Holidays with Lewis Black on the History Channel, he was also featured in the Tribeca Film Festival documentary Just Like Us. With his multicultural background, a Central American-Caribbean mother, a father of European decent, Erik blends well into the North American landscape particularly in this era of cultural diversity. With his routine full of hilarious observations about life, love and self-evaluation, he brings together all ages and ethnic backgrounds, which makes for an uproariously good. 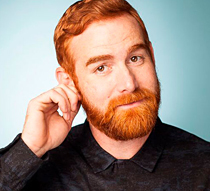 His Showtime hour long stand up special Homefield Advantage debuts in June 2017. His Comedy Central Half Hour stand-up special was released alongside his debut album Say No More on Comedy Central Records. Andrew is a regular guest on Comedy Central’s @ Midnight with Chris Hardwick. He made his standup debut on Adam Devine’s House Party and since has performed standup on Conan and The Meltdown with Jonah and Kumail. Santino headlined here at Montreal’s Just for Laughs Comedy Festival as well as SXSW and numerous clubs across the country.

Andrew got his start acting and writing on the final season of Punk’d for MTV and his since then he has guest starred on Adult Swim’s Children’s Hospital, Netflix’s Arrested Development, HBO’S Family Tree, NBC’s The Office, FX’s The League and HULU’s Deadbeat. 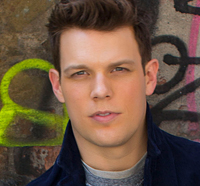 Jake Lacy is an American film and television actor best known for his role as “Pete” on the final season of The Office. You might also know Jake as Lena Dunham’s boyfriend “Fran” in HBO’s Girls. Most recently, Lacy was seen alongside Jessica Chastain in John Madden’s political thriller Miss Sloane.

His other film credits include Their Finest, Carol, which was nominated for a Golden Globe Award, a Critics’ Choice Award and a San Francisco Film Critics Circle Award in the category of ‘Best Picture,’ Love The Coopers, How To Be Single, the romantic comedy Obvious Child alongside Jenny Slate, and Balls Out.

Lacy first appeared as a series regular on ABC’s Better With You, before appearing in The Office, for which he was nominated, along with the rest of the cast, for a 2013 Screen Actors Guild Award for ‘Best Ensemble in a Comedy.’ 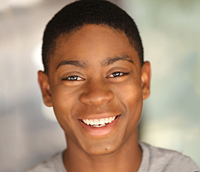 RJ Cyler grew up in Jacksonville, Florida. After attending his first open audition in his hometown, he was invited to attend an acting camp in Los Angeles. His folks cashed in everything they had to relocate to L.A. to allow Cyler to pursue his love of performing.

In 2013, after finishing high school in California, he landed a bit part in the indie feature Second Chances (playing, coincidentally, a character named “R.J.”). Cyler swept audiences off their feet during his starring film debut as high-school filmmaker “Earl”, in the bittersweet teen dramedy Me and Earl and the Dying Girl, for which he received many great accolades. Cyler followed up his performance with a recurring role on the HBO series Vice Principals.

He stole the show recently in Saban’s Power Rangers film as “Billy Cranston,” the Blue Ranger, and you can see him in the Netflix original film War Machine, starring Brad Pitt. 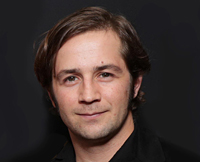 Michael Angarano is making his mark on Hollywood with diverse roles that have established him as a respected and sought-after actor.

He marked his film directorial debut with Avenues, which he also wrote and stars in. The film, released in May this year, also stars Nicholas Braun, Ari Graynor and Juno Temple.

Additional credits include Music of the Heart, Almost Famous, The Brass Teapot, Gentlemen Broncos, Snow Angels, The Forbidden Kingdom and Lords of Dogtown.

On TV, Angarano can be seen in Steven Soderbergh’s series The Knick, opposite Clive Owen and Eve Hewson. He appeared opposite Kiefer Sutherland in a four-episode arc on 24 and guest starred on Will & Grace. Additional television credits include E.R., CSI, Less Than Perfect, Summerland and Kevin Hill. Keep an eye out for Angarano’s upcoming starring role in Sun Dogs.