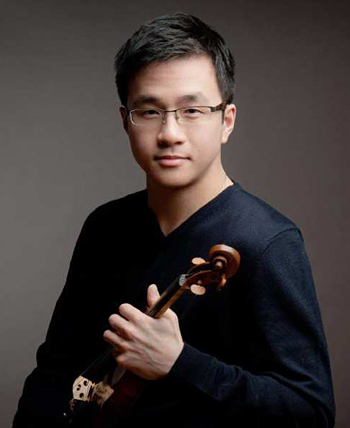 Beethoven Words & Music brings together several of the composer’s chamber works with texts from his journals and letters for a wonderfully intimate evening on Saturday, May 6 at 7:30 pm at Théâtre Paul-Desmarais, Canadian Centre for Architecture. The elegant Israeli pianist Alon Goldstein, who thrilled Festival audiences last season with his performances of Mozart concerti in transcriptions for string quartet, returns alongside violinist Andrew Wan, cellist Denis Brott, and narrators in English and French, Eric Friesen and Julie Payette, respectively.

The final event of the Pre-Festival Series is Casanova, a theatrical collaboration with Montreal’s Ensemble Caprice on Wednesday, May 10 at 8 pm at Pollack Hall.  The Montreal Chamber Music Festival joins together with Ensemble Caprice for the first time to present Casanova, a seductive evening of music and drama featuring internationally-acclaimed German baritone and Metropolitan Opera star Michael Volle, in a rare Montreal appearance. Conceived by Ensemble Caprice Artistic Director Matthias Maute, who conducts the chamber orchestra and also narrates the program in French and English, Casanova is based on music which the notorious seducer heard during his own lifetime – from Mozart’s Don Giovanni to Bohemian gypsy music – with short anecdotes drawn from his exciting life. Soprano Sharon Azrieli also appears as an object of Casanova’s affections. 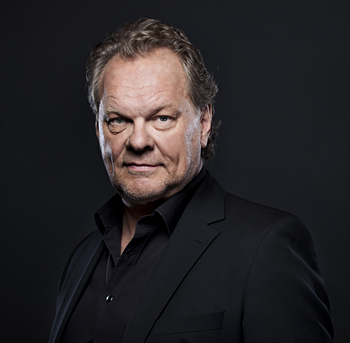 Baritone Michael Volle will sing the works relating to Casanova

“With so many spicy stories following Casanova wherever he went, one may forget that his life itself was a work of art, very much like an opera!” comments Matthias Maute, “Casanova conversed with kings and philosophers, was incarcerated in various prisons, escaped from the dreaded lead-roofed cells of the prison of the Doge’s Palace in Venice – a feat generally considered impossible! – and had a seemingly boundless love for opera.”  This symphonic rendezvous traces Casanova’s astounding European musical journeys, to Paris, Vienna, Madrid and even Istanbul, and with stories of kings, the Pope, Voltaire, and the Marquise de Pompadour – a famous seductress in her own right.

Michael Volle returns to the Metropolitan Opera in the title role of Der Fliegende Holländer, under the baton of Yannick Nézet-Séguin. One of the world’s most sought-after baritones with a specialty in the music of Wagner and Strauss, Volle’s rise was recently chronicled in a New York Times profile.

Matthias Maute is a Juno Award-winning conductor, composer and recorder and flute soloist. The New York Times called his orchestra, Ensemble Caprice, “an ensemble that encourages the listener to rehear the world.” He regularly appears at major festivals across Canada and internationally.  Among Mr. Maute some twenty recordings is Bach’s Brandenburg Concertos juxtaposed with Preludes from Shostakovich’s Op. 87 on the Analekta label, which The New Yorker (Alex Ross) deemed a recording which “stands out for its fleet, characterful approach” and “its fresh, vibrant colors.” Maute’s compositions are featured on numerous videos on the noncerto website. He teaches at Université de Montréal and at McGill University in Montreal. 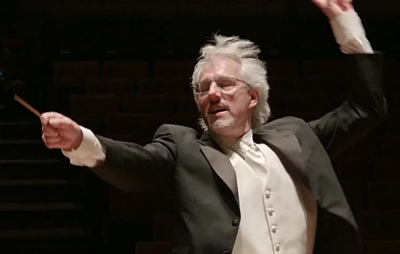 The dynamic, Juno Award-winner Matthias Maute will conduct Ensemble Caprice and narrate Casanova on May 10

Sharon Azrieli’s spinto soprano has been heard to great acclaim across the globe, from New York to Tokyo, and from Tel Aviv to her native Montreal. From her debut as Juliette in Roméo et Juliette to recent portrayals of Verdi heroines Aida and Leonora, (Il Trovatore) Azrieli Perez has been deemed “utterly charming” (Sarasota Herald Tribune) and praised for her “exceedingly beautiful voice, full of feeling” (Ha’aretz). Azrieli Perez created the Azrieli Music Prize for the composition of new Jewish music, and is directs the Opera Cares Foundation.

The Montreal Chamber Music Festival dedicates its 22nd season to the spirit of Beethoven with Beethoven: Passion romantique. Founder and Artistic Director Denis Brott, C.M. has featured the music of Beethoven on almost all Festival concerts, anchored by the performance of the complete Beethoven string quartets over six concerts by the extraordinary Dover Quartet, who have “enjoyed a “rise to the top [that] looks practically meteoric” (Strings Magazine). Additional artists featured this season include superstar Canadian pianist Jan Lisiecki, a world premiere by Yoav Talmi, the Israeli Chamber Project, the Rolston String Quartet, the always-popular jazz series with Rémi Bolduc, Robi Botos, and Natalie MacMaster, and much more.  A total of 43 events, at all times of day, fill out the Festival schedule for more concerts, more free events, and more Beethoven than ever before.

On sale at www.admission.com or by phone at 1-855-790-1245. For more information about the Festival: www.festivalmontreal.org 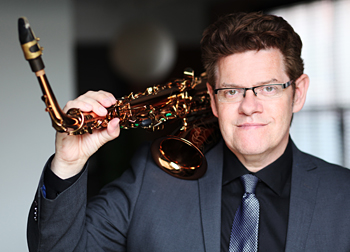 On June 3, Canadian saxophone icon Rémi Bolduc will bring his dazzling virtuosity, refreshing style and magnetic stage presence to the Festival for a new program:  Tribute to George Shearing: Lullaby of Birdland.  To salute the legendary pianist, Bolduc brings along a group of outstanding musicians including François Bourassa, piano, Neil Swainson on bass, Pat Labarbera on tenor saxophone, and drummer Rich Irwin, for an unforgettable evening.