The donation of European art to the Montreal Museum of Fine Arts by Michal and Renata Hornstein ranks among the greatest benefactions of art in the history of Canada.

When two Polish Holocaust survivors arrived in Canada from Rome in 1951, they weren’t planning to become Montreal’s most generous arts benefactors.

After six decades of careful collecting, however, the couple amassed and then donated seventy-seven European masterpieces that were so impressive, they necessitated a new home.

“The donation of European art to the Montreal Museum of Fine Arts by Michal and Renata Hornstein ranks among the greatest benefactions of art in the history of Canada,” wrote Hillyard T. Goldfarb in a memoir about the couple after they died. “They were very grateful to Canada and to Montreal,” he said in an interview later.

That gratitude, Michal’s strong business acumen and six decades of careful action enabled the Hornsteins to amass the fortune that would allow them to give generously to six major Montreal institutions. The Montreal Museum of Fine Art, the Montreal Heart Institute, the Montreal General Hospital, Hôpital Notre Dame, the Jewish General Hospital and the University of Montreal’s CHUM superhospital have all benefitted from their largesse. Two pavilions at the Montreal Museum of Fine Art and a centre specializing in Parkinson’s disease carry their names. 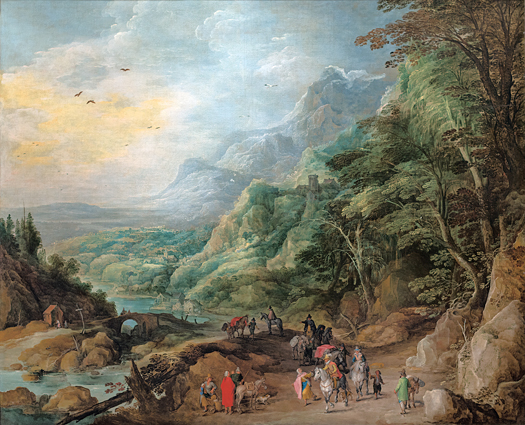 As curator of Old Masters at the Montreal Museum of Fine Arts, Goldfarb knew the Hornsteins very well. He met Michal first in 1998, and then later got to know Renata and their two children.

“He interviewed me for the position,” said Goldfarb. “He was chair of the acquisitions committee for international art before 1900. Temperamentally, we hit it off from the outset.”

Like the Hornsteins, Goldfarb is a music aficionado. He’d often see the couple at the symphony orchestra and at the opera, where the Hornsteins had season tickets. Most of their relationship, however, centred on a mutual affinity for European Art and the MMFA.

Michal had volunteered for the Museum for more than a quarter century when Goldfarb arrived. He initially got involved in 1969, when he donated the funds needed to purchase two Italian Renaissance Medals. A year later, he joined the Museum of Fine Arts’ board of trustees where he remained until his death. For most of that period, he served as vice-president and he also chaired the Acquisition Committee for International Art before 1900. 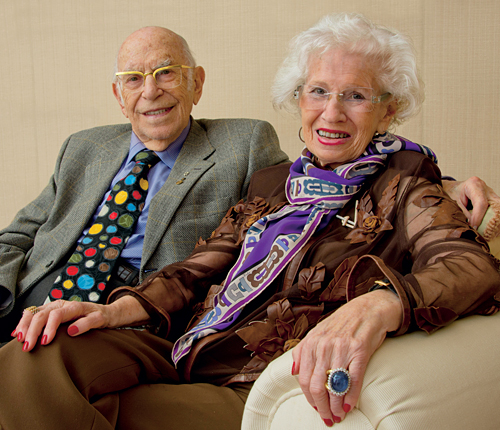 Then, in 2012, the Hornsteins announced an even larger gift of 77 of their most impressive masterpieces. Among these is the very popular Elderly Scholar in His Study by Jan Lievens, who painted the work in Leiden during the period when Rembrandt was there. An immense panoramic mountain landscape and a smaller winter landscape by Joos de Momper as well as works by Nicolaes Berchem, Jan van der Heyden and Cornelis Hendrick were among the donations.

By then, the Museum had already built the Michal and Renata Hornstein pavilion with donations, but additional artwork required more space. The Museum set up a virtual design competition for a new building.

A little more than two years later, that new building is finished and it’s called the Michal and Renata Hornstein Pavilion of Peace. It opened in November, but unfortunately, the Hornsteins didn’t get to see the beginning of operations in the new space. Renata was 88 years old when she died seven months prior to the opening. Michal died ten months earlier at the age of 95.

Despite the couple’s death, their legacy continues. This month, for example, international, experts from Berkeley, California, the Louvre Museum in France, the University of Iowa, the University of Geneva and the National Gallery in London will gather in the Michal and Renata Hornstein Pavilion of Peace to discuss how Dutch and Flemish paintings inspire peace. The two-day Art of Peace Symposium takes place on the evening of Monday, March 20 and all day Tuesday, March 21. Admission to the event is free.