The Montreal International Black Film Festival (MIBFF) is Canada’s largest film event entirely dedicated to Black cinema. A fresh, new look at black cinema from the four corners of the globe. The MIBFF is the only bilingual black film Festival (French/English) in North America.

The 12th Montreal International Black Film Festival features 40 films from all four corners of the globe, most of which will be shown in the Cinéma Impérial, Cinéma du Parc, the former ONF cinema, and the Concordia University Theatre Hall. Created by the Fabienne Colas Foundation, the festival promises to be inspiring and breathtaking.

Saturday 1st October 2016 – 7:00 p.m. – Theatre Hall Concordia University
The great Spike Lee is back at the Montreal International Black Film Festival this year to pay tribute to the King of Pop. The documentary Michael Jackson’s Journey from Motown to Off the Wall will be a premiere in Canada and a Q&A session will follow: an unmissable opportunity for film-lovers and fans of Spike Lee and Michael Jackson. This “Special Evening with Spike Lee” will give fans the chance to spend a whole evening with this film industry icon, who has helped to revolutionize contemporary black cinema. As a pioneer in independent film production and a proud ambassador of African-American culture, Spike Lee has always addressed complex issues, such as identity-based and ethnic conflicts. His work is for the most part politically oriented, provocative, and often controversial.

“We are delighted and honoured to have Spike Lee back at the Festival, which is a testament to his great support for the MIBFF – another huge achievement for Montreal. Spike Lee is a pioneer and a source of inspiration and motivation for a whole generation. His commitment to independent cinema, his strength, determination, and activism in achieving social justice really make a difference in a world that, too often, tends to silence us.” – Fabienne Colas, president and founder of the MIBFF.

Speak up / Exprime-toi  is the underlying theme for this new edition. Through the films selected, special events, round tables, and guests of honour, the 2016 program has attempted to showcase a story, a person, or a movement that is not afraid to be heard, has been able to overcome conventions, and has not been afraid to make demands and change the state of affairs.

The objective of the Montreal International Black Film Festival has always been to promote diversity and give minorities a voice by opening our eyes to certain realities in the world. “Today, more than ever, we want to challenge the many inconsistencies, inequalities, and injustices that still claim many victims,” explained Mrs. Fabienne Colas, president of the festival. “The fact remains that not everyone has access to opportunities. We cannot pretend everything is okay. Everyone has a part to play if we want things to change.” 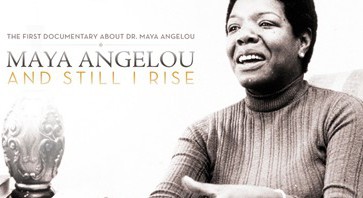 MAYA ANGELOU AND STILL I RISE

By Bob Hercules and Rita Coburn Whack
Official selection at the 2016 Sundance Film Festival
Wednesday 28th September – 7:00 p.m. –  Cinéma Impérial
Maya Angelou and Still I Rise will kick off this year’s edition as a premiere in Quebec. The opening of the festival will be dedicated to Maya Angelou, a Pulitzer-nominated writer, poet, and artist who has received a medal from Barack Obama—a symbol of the struggle for civic rights in the United States. The documentary explores how historical, cultural, and artistic events have shaped Dr. Maya Angelou’s journey and how she, in turn, has shaped our view of the world through her tales and activism. There will be a tribute to Canadian director Clement Virgo before the screening. 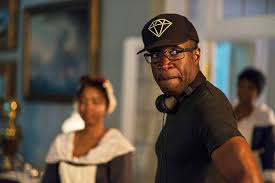 Wednesday 28th September – 7:00 p.m. –  Cinéma Impérial
The opening evening will pay tribute to CLEMENT VIRGO, one of the most highly acclaimed directors in Canada. Best known for directing the Canadian mini-series The Book of Negroes – broadcast on CBC – which has won 11 Canadian Screen Awards, Clement Virgo also directed the entire first season of the OWN network drama Greenleaf (2016), for which he is the executive producer alongside Oprah Winfrey. He will receive the 2016 MIBFF Career Excellence Award in recognition of his stunning, prolific career. The tribute will be followed by the film Maya Angelou and Still I Rise. 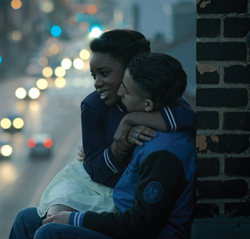 By Adil El Arbi and Bilall Fallah
Winner of the Dropbox Discovery Programme Filmmakers Award at TIFF 2015
Sunday 2nd October – 7:00 p.m. –  Theatre Hall Concordia
Black is an immensely rich film. Love, betrayal, friendship, violence, immigration, and uprooting are just some of the topics that this film, which will round off the 2016 MIBFF, is built around. Two gangs from the suburbs of Brussels, the Black Bronx and the 1080, are engaged in a merciless conflict. Mavela falls in love in Marwan, a rival gang member. The two lovers become entangled in an intense, forbidden, and dangerous passion.

Saturday 1st October – 1:00 p.m. –  Former ONF cinema
The MIBFF Black Market is back with a master class/workshop that you won’t want to miss if you want to succeed in the film industry. Established filmmakers from Canada and abroad will come to share their experiences in film creation, financing, production and distribution, and in the festival circuit. 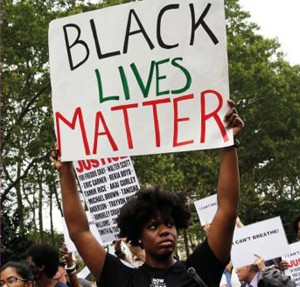 Sunday 2nd October – 1:00 p.m. –  Former ONF cinema
This year, we want to place particular emphasis on a movement that affects us all: The Black Lives Matter Movement. For the first time, a round table will be held to discuss this movement after the documentary directed by Laurens Grant, winner of several Emmy Awards, and produced by Jesse Williams Stay Woke: The Black Lives Matter Movement. Through the experiences of activists and local celebrities, a parallel will be drawn between the situations in the USA and Canada on issues such as racism, racial profiling, diversity, and the representation of visible minorities. 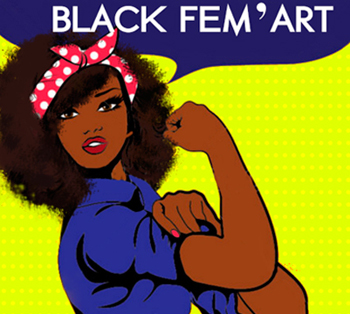 23rd September – 1st October 2016 from 10:00 a.m. to 6:00 p.m. – Espace Mushagalusa | Free
The BLACK FEM’Art exhibition highlights work by 10 young, black women from Montreal during the 12th edition of the Montreal International Black Film Festival (MIBFF). The festival wishes to showcase these multitalented young artists to the public and increase their visibility with the aim of promoting artistic diversity in Montreal and supporting these artists in their work. With each artist bearing her own personality, background, and style, visitors will be treated to a delightful panel of “made in Montreal” creations and forms of expression.

For the full schedule of events, tickets and passes, visit: www.montrealblackfilm.com   514-882-3334