Late afternoon is closing in on dinner time as myself and six friends cross a gangplank in Charlottetown harbour and climb aboard a sturdy fishing trawler. We are booked for an evening on this working vessel that also operates Top Notch Lobster Charters. What we anticipated was nothing more than a short cruise and a promised lobster dinner. What we got was considerably more.

Barely out of the harbour, it was apparently time for cocktails. “Name your drink boys and girls,” announced Cody who is the brother and business partner of boat’s skipper, Captain Mark Jenkins. With drinks in hand we motored out to the Jenkins’ licensed lobster trapping grounds where we anchored and received an unexpected A to Z tutorial on everything there is to know about lobsters: how to tell a male from a female, how they are able to regenerate body parts, how they identify food with their legs, how one of their claws can exert pressure up to 100 pounds per square inch …and so on.

A trap is hauled up from the water and we all get to hold one of the crustaceans and rubber-band its claws. During the tutoring, Cody descended to the galley and it was not long before he began delivering our lobster dinners to two picnic tables set up on deck behind the wheelhouse. Nothing better than freshly caught lobster, especially if you come from away. Moreover, this wasn’t just a great dinner outing, it was also an education.

I have visited P.E.I. on five different occasions and it’s clear to me the island adheres to the logic that “if you’re not moving forward you’re falling behind.” Top Notch Lobster Charters is an excellent example of the “moving forward” movement. While Anne of Green Gables attractions will always be a significant part of island culture; as well as P.E.I.’s enviable collection of world-class golf courses – it is fresh new options that keep the island vital.

The Inn at Bay Fortune is a refurbished property once owned by the late actress Colleen Dewhurst.

A cozy suite at The Inn at Bay Fortune

Among the newest additions is the recent opening of the small, revamped Inn at Bay Fortune and its exciting new FireWorks restaurant launched and owned by celebrity chef, Michael Smith, and his wife Chastity. Smith, widely known for his TV cooking shows, refers to the Inn as “re-imagined” since it’s not new construction. Rather it’s a refurbished property once owned by the late Colleen Dewhurst, the Montreal-born actress often called “the Queen of Broadway.” Located at the eastern end of the island, it is P.E.I.’s only 5-star country inn and its on-property FireWorks restaurant offers a new and innovative culinary experience. Named after its epic 25-foot-long, brick lined, live-fire wood burning oven, the restaurant is proving to be a big hit with island visitors and dedicated foodies. Dinners are served family-style at butcher block tables overlooking scenic Bay Fortune and everything on the creative menu is almost entirely grown on-site or locally fished and farmed. 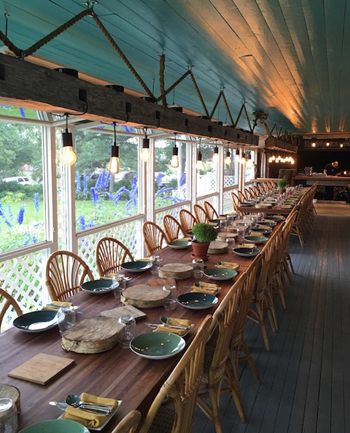 Another new attraction could not be more different from a 5-star inn. I’m not a camping fan but I think I could make an exception for the latest innovative outdoor accommodations at The Prince Edward Island National Park. Called oTENTiks, these structures combine the fun of a tent with the convenience of a cabin with beds. Visitors who want to try out the new concept will find a half dozen oTENTiks at the Park’s Cavendish Campground and another eight at the Stanhope Campground. Cleverly designed with weather-proof canvass over a wood frame, the new tent/cabin idea is so popular it’s appearing in various National Parks across Canada and P.E.I. now has a piece of the action.

Overall, there is no shortage of new island attractions with most of them coming on stream over the past year: craft beer brewing outlets, a company offering giant clam digs, new hiking and biking trails, guided aboriginal forest walks, star fish hunting tours, coastal cruises and tonging for oysters the traditional way. 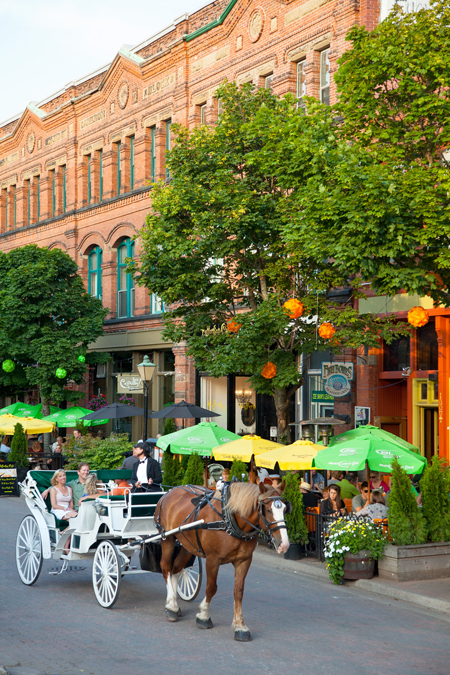 Charlottetown is the capital of Canada’s smallest province

Even excluding recent developments, the island’s entertainment scene overall is rife with things to see and do that have helped turn P.E.I. into Canada’s little gem. Suitable for all fitness levels is the 435 km Confederation Trail, a biking and hiking path that runs the length of the island from tip to tip. With 1,100 km of shoreline, the province is blessed with some of the best beaches on the planet and the waters surrounding the island are excellent for fishing, kayaking, seal watching and canoeing. Year round music festivals, live theatre, friendly pubs and endless eating establishments seamlessly blend with scenic coastal drives and historic buildings such as Province House National Historic Site where the Fathers of Confederation gathered in 1864 to discuss confederation.

There’s something else about the island that can almost be taken for granted because it’s so entirely natural. During my recent trip I had the great honour of a private audience with the island’s Lieutenant Governor, the Honourable Frank Lewis. I asked him why he thinks P.E.I. is so widely popular and adored. “To a large extent,” he said, “it’s about the people of the island. We are genuinely friendly and welcoming to all.” He didn’t mention charm but P.E.I. is deeply imbued with it.

TRAVEL PLANNER
More P.E.I. information:  www.tourismpei.com or call 1-800-463-4734
Top Notch Lobster Charters: www.markscharters.com or 1-902-626-6689
The Inn at Bay Fortune: www.innatbayfortune.com or call 1-902-687-3745
Travel Watch: Summer on the island is prime time, however, spring and fall are quieter with money-saving off-season prices for food, accommodations and entertainment.
Recent Stats: To date this year, P.E.I. Tourism records a 30% increase in Quebec visitors over 2015.