Quebec darling, Céline Dion returns to Montreal for 10 performances at the Bell Centre.

After 35 years as a performing and recording artist, Céline Dion has become a legend of popular music, one of the most powerful and moving voices ever heard. According to a poll conducted by international market research firm YouGov, she is the 6th most admired woman on the planet. And the source of that admiration is the life as much as the work, the music. An honest woman who sings from the heart. It’s as simple and true as that – as simple and true as Céline. 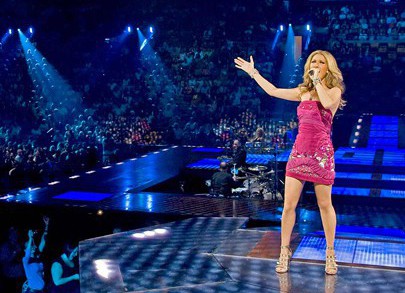 A Selection of Career Highlights
♦ Born in a little town 50 kilometers from Montreal, Céline was  the 14th child of Thérèse Tanguay and Adhémar Dion. At the age of 12, she wrote her first song, with the help of her mother and her brother Jacques: Ce n’était qu’un rêve. Her mother sent a cassette of the song to impresario René Angélil and a career was born.
♦ In 1982, singing for an audience of 115 million TV viewers, Céline won the gold medal at the 13th Yamaha World Popular Song Festival in Tokyo. 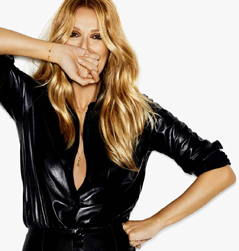 ♦ In 1988, in Dublin, Ireland, she won the prestigious Eurovision contest before an audience of 600 million TV viewers. That moment was the beginning of her global conquest.
♦ In 1990, she successfully entered the American market with her first album in English, Unison. Certified gold in the U.S., the single Where Does My Heart Beat Now reached #5 on the charts.
♦ With her career unfolding like a fairytale, the singer made her own American dream come true thanks to the theme song for a Walt Disney film. Beauty and the Beast, performed as a duet by Céline and Peabo Bryson, hit #1 on charts worldwide, winning a Grammy Award and an Academy Award.
♦ On December 17, 1994, Céline married the love of her life, René Angélil, in Notre-Dame Basilica in Montreal.
♦ In February 1996, Céline triumphed at the Victoires de la Musique, the French version of the Grammy Awards, winning the Victoire awards for Song of the Year (Pour que tu m’aimes encore) and Female Vocalist of the Year.
♦ In March of the same year, Céline launched the album Falling Into You. It would go on to become the biggest-selling album of 1996 worldwide. Hitting #1 in 11 countries, the album went on to win two Grammy Awards, including Album of the Year. Falling Into You has sold over 30 million copies.
♦ On July 19, 1996, for a TV audience of 3.5 billion viewers, Céline Dion sang The Power of the Dream during the Opening Ceremonies of the Atlanta Olympic Games. It was the ultimate triumph: she was now the most famous singer on the planet.
♦ In November 1997, Céline released her 18th album, Let’s Talk About Love, featuring collaborations with Luciano Pavarotti, Barbra Streisand, the Bee Gees, Carole King and Sir George Martin. Let’s Talk About Love also included the momentous single My Heart Will Go On, theme song from the mega-production Titanic. My Heart Will Go On won the Oscar for Best Original Song. The original soundtrack to Titanic became the best-selling soundtrack in history, selling 30 million copies. The Let’s Talk About Love world tour was a massive triumph, culminating in two evenings at Stade de France, à Paris, attended by 180,000 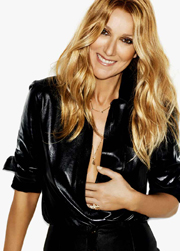 ♦ Just under a year later, Céline launched the album A New Day Has Come. It landed at #1 on the charts in 17 countries including Canada, France, the U.S., the U.K. and Australia.
♦ And then René, created a new show in Las Vegas in a 4000-seat theater specially conceived just for her in Caesars Palace, presenting it as a residency, five nights a week, for a minimum of three years. A spectacle including dancers and special effects directed by Franco Dragone, the renowned creator behind 10 Cirque du Soleil productions. The premiere was held on March 25, 2003, the farewell almost 5 years later, on December 15, 2007. Over 700 sold-out performances for 3 million spectators!  The DVD Celine Dion Live in Las Vegas became the only triple-platinum certified music DVD in Canada.
♦ During her residency in Vegas, Céline somehow found the time to release the albums One Heart, Une fille & 4 types, the live album A New Day… Live in Las Vegas, the concept albums Miracle and D’elles, the compilation On ne change pas, and Taking Chances.
♦ On August 22, 2008, Céline triumphed in front of 250,000 fans assembled on the Plains of Abraham for a unique concert unique as part of the festivities surrounding the 400th anniversary of Québec City.
♦ In 2011, Céline started her second Las Vegas residency, in the Colosseum.
♦ In 2013, Céline launched the album Loved Me Back To Life, eagerly awaited by her fans all over the world. It held the #1 spot on the iTunes charts in 44 countries and reached #2 on the Billboard Top 200.
♦ On May 22, 2016 at the Billboard Music Awards, Céline sang The Show Must Go On and was presented with the lifetime achievement Icon Award by her son, René-Charles.
♦ On May 24, she launched the first single from her upcoming francophone album. Written by Jean-Jacques Goldman, it is a tribute to René, entitled Encore un soir. The song rocketed to #1 on every chart in the French-speaking world.