The Commonwealth’s sharpest comedic talents are coming to this year’s festival for Brit(ish), hosted by Mark Watson with Gina Yashere, Russell Kane, Nish Kumar, Tiff Stevenson and Daniel Sloss. You’ll laugh so hard, it’ll make you proud to have the Queen on your money. Brit(ish) will take place with 2 shows on July 26 at Club Soda and a third show at 5e Salle at Place Des Arts on July 27 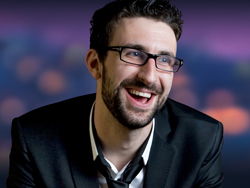 ● Mark’s new solo show I’m Not Here is touring the UK throughout 2016.
● He famously pulled off a 27-hour-long show for Comic Relief in February 2015.
● Mark is the star of Live At The Apollo, Mock The Week and Have I Got News For You. Other TV and Radio credits include Dave’s Road to Rio, BBC’s We Need Answers, Channel 4’s Comedy Gala and Would I Lie To You.
● Mark won the prestigious Panel Prize at the Edinburgh Fringe Festival
● Mark is not only a stand-up; he has also written eight novels! 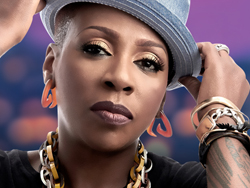 ● A stand-up and TV star in the UK, she is known in the US for being the only British comedian to ever appear on the iconic Def Comedy Jam, as well as for her hilarious appearances on The Tonight Show with Jay Leno
● She is highly praised by critics and has been named “One of the best comics in the world” by The Guardian and one of the top 10 rising talents in the Hollywood Reporter
● She’s won 4 consecutive awards for “Best Comedian” at the Black Entertainment & Comedy Awards (UK) 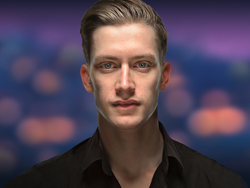 ● Winner of the 2016 Sydney Comedy Festival “Best of the Fest” International Award
● He has sold out multiple solo show performances at the Edinburgh Festival Fringe
● 2016 tour of Dark sold out 70+ UK dates and 16 European countries before featuring on New York Times’ Arts front page after its premiere in New York City
● Has starred in his own BBC show, released a TEDx talk and has signed with Warners to develop a sitcom 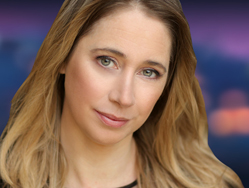 ● Her latest solo show Mad Man was a must-see at the Edinburgh Festival 2015, and received multiple 5 star reviews
● In 2015, Tiff appeared on Mock The Week (BBC Two), and Russell Howard’s Stand Up Central (Comedy Central)
● She was the UK correspondent for the hit Australian show The Weekly with Charlie Pickering
● Has appeared on Comedy Central’s Drunk History and is a regular on BBC3’s People Just Do Nothing
● Has dozens of TV credits, including a role in BBC2’s The Office 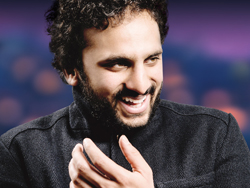 ● His solo show Long Word… Long Word… Blah BlahBlah… I’m so clever…received rave reviews at Edinburgh Fringe and was nominated for the Foster’s Comedy Award for Best Show in 2015 and won Best International Show at the 2015 New Zealand International Comedy Festival
● His TV credits include Q.I., Mock The Week, Live At The Apollo, The John Bishop Show, 8 Out of 10 Cats Does Countdown, Russell Howard’s Stand-Up Central, The Alternative Comedy Experience, Live At The Comedy Store, and Alan Davies As Yet Untitled 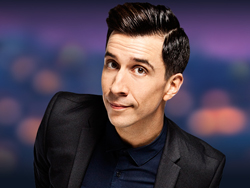 ● 2010 winner of the Edinburgh Comedy Awards for Best Show for his show Smokescreens and Castles. In the same year, he won Melbourne Comedy Festival’s Barry Award making history as the first ever comedian to win both awards in one year
● Smokescreens and Castles was recorded and released on DVD by Universal Pictures in 2011
● He’s also an author, with one published novel The Humorist and a play, Blank Verse, which was performed in the main house of the Royal Shakespeare Company in Stratford-Upon-Avon