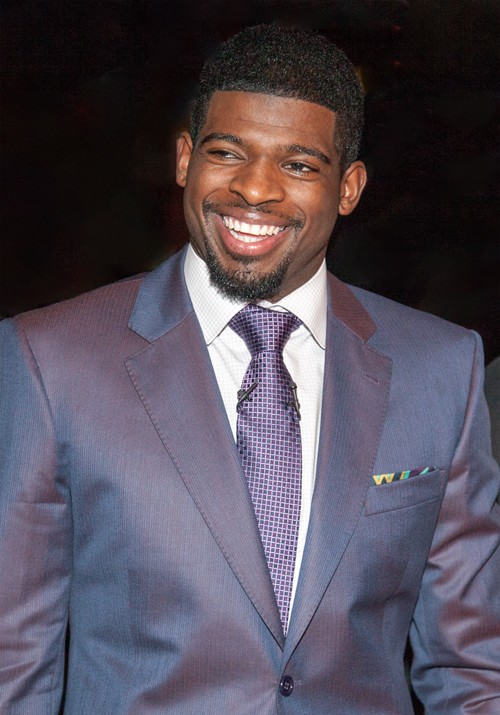 P.K. Subban’s $10 million donation is largest by a professional athlete in Canada

The child whose loving father helped him into his first pair of skates before he was even three years old would grow up to play for The Montreal Canadiens, win an Olympic Gold Medal and make a philanthropic commitment to the children of Montreal and their families that is both heartfelt in its intimacy and stunning in its magnitude.

On December 31, 2015, LaPresse announced that the Montrealer Canadiens star defenseman P.K. Subban was named as the paper’s Personality of the Year. However – it was not for his skill on the blue line for Nos Glorieux that Montreal’s prestigious French-language daily newspaper was honoring P.K. It was because of his $10 million donation to the Montreal Children’s Hospital over the seven year period of his contract with the legendary hockey team.

Not since the glory days of Guy Lafleur – and before that Rocket Richard – has a hockey player electrified Montreal fans with his play as P.K. Subban does every time that he takes to the ice wearing the famous Montreal Canadiens tri-couleur. Twenty-two thousand fans shout “P.K.! P.K.! P.K.!” as he heads up the ice, feeding laser-like passes to the forwards as they close in on their opponents’ blue line. Or winding up for a 100mph+ slap shot from the point that can break bones of defenders who attempt to block shots that the late Danny Gallivan would accurately describe as “cannonading”. 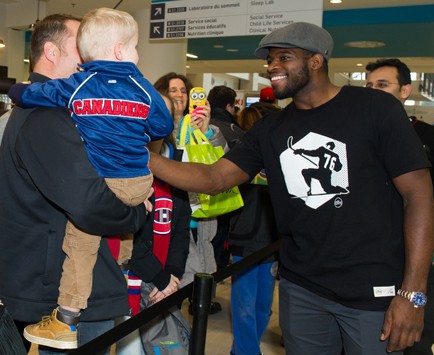 A young fan and his dad
greeted by P.K.

After winning the Norris Trophy in 2013 (awarded to the NHL’s outstanding defenseman) and being recognized as one of the league’s elite players; P.K .Subban was rewarded by the Canadiens and their ownership with an eight year contract worth $72 million. Quite possibly he could have commanded even more in another market like New York or Toronto; but as he stated at the time; “I’ve always wanted to be a Montreal Canadien.”

In the spring of 2015, the Montreal Canadiens were eliminated from the NHL playoffs after losing to Tampa. The team’s charismatic and star defenseman P.K. Subban was distraught. But the disappointment of losing would be replaced by a life-altering experience that began with P.K. volunteering to be a celebrity auctioneer for the annual Montreal Children’s Hospital Gala Fundraiser.

Since he wasn’t playing hockey, P.K. was able to participate in the The Children’s Annual fundraiser in the spring of 2015. 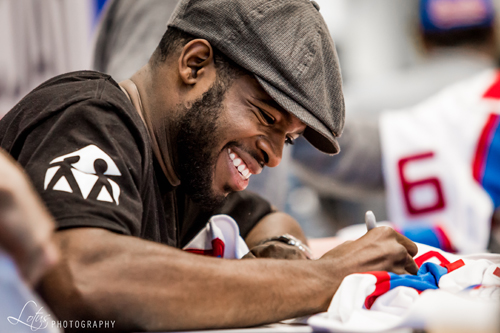 Foundation President Marie-Josée Gariepy said; “P.K. said that he’d bring five or six of his hockey sweaters and sell them for $1,000 each. Well… he arrived with 100 and sold all of them in 38 minutes – raising $100,000! He signed every one of them and posed for a photo with each purchaser.”

During the evening – P.K. asked if he could speak with Marie-Josée for half an hour at the end of the evening. That half hour turned into a 90-minute conversation and was the beginning of P.K. Subban’s introduction to the work done by everyone at The Montreal Children’s Hospital. During subsequent visits P.K. met many of the children and their parents. Soon after, P.K. made his decision and initiated his commitment to make the largest donation ever made by a professional athlete in Canada – $10 million over seven years. 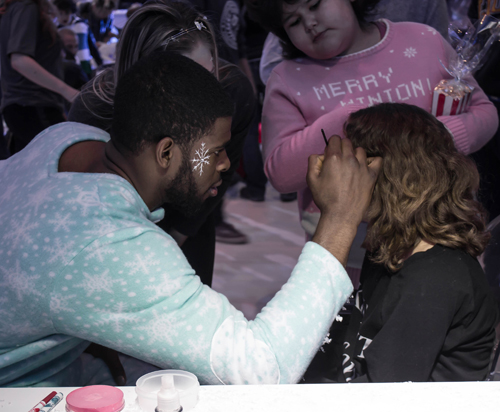 P.K. at the holiday surprise event he
organized for patients of the Montreal
Children`s Hospital.
Credit: Rebl House Media

I recently spoke with P.K. about his decision to make such a major donation to The Children’s Hospital Foundation.

“My parents worked hard to and made sacrifices for me, my brothers and sisters. My Dad was a school principal and my Mom worked at a bank. With three boys playing high level competitive hockey (expensive) and two daughters going to university; my parents gave up a lot to encourage us; and to pay for hockey and university. Knowing about the sacrifices they made for our family – it was a no-brainer for me to give to the children and their families at The Montreal Children’s Hospital. This donation is a salute to my family – because they brought me up to be who I am today.”

“My actions are setting the tone of the importance of donating time and a financial commitment. It’s also helped to bring awareness to the hospital and the Foundation. It’s my hope that other Montrealers will see fit to make donations to The Children’s Hospital Foundation.” 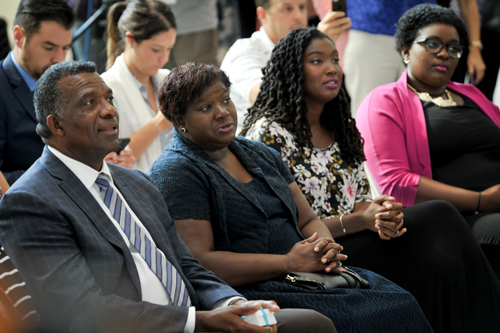 “I’ve worked very hard to be where I am as a hockey player – but I’ve also been blessed with the physical and mental attributes to be successful in hockey. But it’s a life-changing experience to walk through the hospital and visit with the children and their parents. I believe that to make the world a better place – we have to do it through kids, because they’re the future.”

On the subject of his family background, P.K. is enthusiastic; “We’re a tight knit family, and that’s allowed me to be able to give. My whole life is about giving – it’s the way I was brought up.” In fact, it was P.K.’s sister Nastassia who suggested that he select a charity where he could dedicate his time and resources. 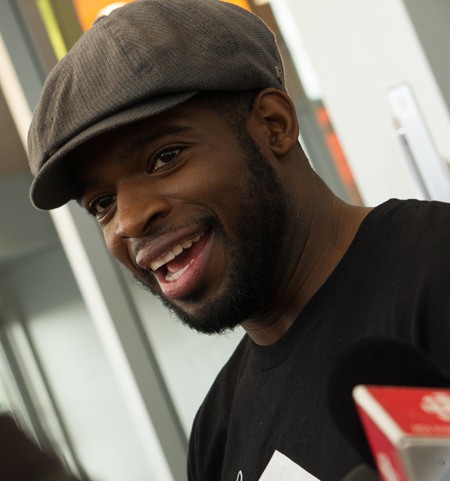 P.K. at a press conference at the
hospital on November 29, announcing
a fundraising initiative with retired
defenseman Ray Bourque.
Credit: NR Photos

The day of the press conference, P.K.’s parents and sisters were on hand for this landmark announcement. Brothers Malcolm and Jordan were with their respective hockey teams in Boston and Vancouver. “I was really excited – but I also felt some anxiety – because I’d never done anything like this before. As I walked to the podium, I saw the children and their parents, my family, Mrs. Beliveau, the doctors and nurses; and that reminded me of the passion and hope that we can bring to the families who are served by this hospital.”

P.K. Subban was drafted into the Montreal Canadiens when he was still a teenager, playing for the Hamilton Bulldogs before making the big club in the spring of 2010. “I’ve grown up here. I’ve become a man during my time in Montreal.” Indeed – P.K. Suban has matured in our city and we’re fortunate to have him as an example to our youth and to all of us for his spirit of giving. Bravo P.K.!