In the visual stimulation that is the world of contemporary art, the works of the Beaver Hall group at the Montreal Museum of Fine Arts are like an oasis of aesthetic tranquility. This exhibition is actually so much more but first and foremost, it invests the viewer with the ability to appreciate the images with complete abandon.

No need to know the trends, the genres and the styles that punctuate art history, no need to know when looking at these paintings.

Modernism is the word used when discussing the fabulous collection of talent that was the Beaver Hall group of painters, all of them women. They were, indeed, contemporary, but first and foremost, they were fearless. 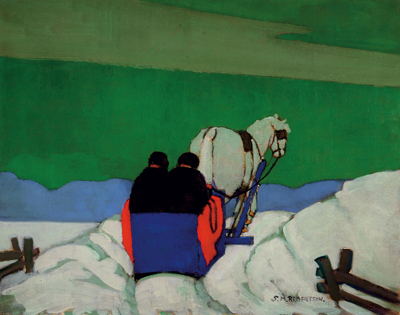 “Life shrinks or expands in proportion to one’s courage.”

Although the MMFA exhibition is all about them, the title does a disservice to their immense, and unencumbered, visual expression by linking it to the Jazz era. Yes, those were the days, and Montreal was abuzz as the economic and cultural centre of Canada in the 20s and 30s. However, the immense impact these artists had on the art scene of the day had little to do with music and all to do with their painting.

They painted as if their life depended on it, and despite it all. While the Canadian art scene was reeling from the visual, and unexpected, punch the Ontario-based (entirely male) Group of Seven delivered, what the Beaver Hall ‘ladies’ offered was equal in measure.

Colour and form dominate their works, and the calibre of technical skill required to render these exquisite portraits is admirable.

Ten women, wives and mothers many of them, met at a Montreal art school at the turn of the century and become lifelong friends, and fellow artists. Initially the group included male artists such as A.Y. Jackson and Edwin Holgate. However, the men left the group after two years.

It is almost impossible not to think about their achievement in feminist terms, and yet they probably never imagined their work in that context. From the perspective of contemporary art history, it is nevertheless an integral aspect of their production. 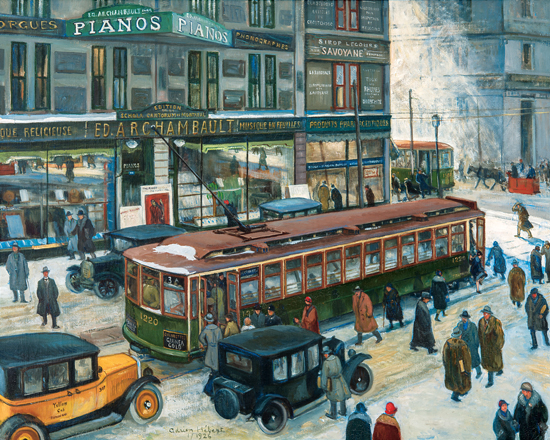 But let’s halt all the intellectual exercise for a moment to simply enjoy the visual pleasure these works of art offer.

Each and every one of them is an exercise in both creativity and audacity, for how else to look at a painting like Lilias Torrance Newton’s Nude in the Studio from the perspective of both the era and the place. It’s a nude in the classical sense, yet entirely contemporary, and at home in her space. The shadowy – perhaps male – figure that hovers in an exotic painting on an easel behind the static, poised young woman, resplendent and indomitable in her nudity, adds to the narrative that hides within the image.

Do not miss this exhibition.