In a conversation with Stephen Hunter recently, the Sunwing Group president and CEO focused on Cuba. “These are exciting times,” he said, “there is a lot going on.” And of course that proved to be prescient, as President Obama announced that the US was re-establishing diplomatic relations with Cuba, and that the two countries were reopening their embassies after more than 50 years.

Hunter had clearly anticipated the news, “What’s happening in Cuba is very relevant,” he said, “right now there’s a buzz and everyone is talking about what will happen when the Americans come in. “

In fact, said Hunter, lots of Americans are already visiting Cuba under a number of allowances and licenses they’re permitted, and he believes that will increase considerably in the near future.

“There will be a lot of US traffic going in,” he said, “we’ve already seen the pick up at some of our hotels, particularly at Memories Havana which is the largest hotel in Havana – the occupancy levels are way up for US guests.”

And all this before Obama’s announcement. Cuba will change says Hunter, “There is no doubt about that.”

That does not mean the change will be for the worse he says, just that there will obviously be “change.” “So, for Canadians and Americans,” he said, “the message is really; get to Cuba as soon as you can to experience the real authentic Cuba as it is today.

“Go to Cuba now. Go to Havana. Go to some of the Cayos, the islands around Cuba, and see the natural beauty the country has to offer.” 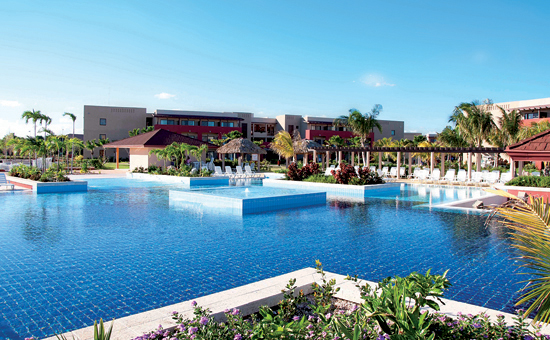 Cuba has been getting ready for the US says Hunter, but it has also been preparing to put itself on the International stage. So, it’s not just the Americans coming to Cuba, now you are getting more interest from the Europeans – for example (Sunwing partner) TUI is starting to fly there.

There are many reasons to visit now says Hunter. There are historical reasons and cultural reasons outside of the fantastic beaches and great hotel product that is all part and parcel of Cuba today. If you have never been to Cuba, you really don’t want to wait he recommends – now is the time to go.

And one of the prime reasons to go now says Hunter, is price. “Cuba is not now – and hasn’t been for awhile, the really cheap inexpensive destination that we’ve had in the past, and with all of the Europeans, Americans and South Americans coming in, prices are going up. They must and they will, so if you’re going to Cuba that’s another reason to go now – before the price gets out of hand.”

Hunter is pleased to note that aside from being the largest provider of tourism to the Island Sunwing is very well positioned from a hotel perspective. The company’s Blue Diamond Hotels and Resorts, is now the second largest hotel group in Cuba (Melia is the largest).

With the Royalton in Cayo Santa Maria says Hunter, “they allowed us to do things there that they have not allowed people to do before and the result was that in 2014 that hotel won the ‘best all inclusive in the world.’

“That’s a prime example to hold up to the rest of the world to see Cuba’s quality improvement demonstrated,” says Hunter, noting that there is no equivalent all-inclusive hotel that has ever received such an accolade, “Certainly not in our range – perhaps some all inclusive in Bali at four grand a night,” he chuckles.

The Royalton is still an accessible, affordable hotel for Canadians and it proves you don’t have to go to Bali or Fiji for world class all inclusive quality products. 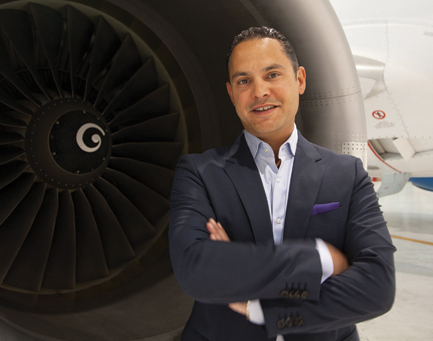 Stephen Hunter is the President and CEO of the Sunwing Group, which is also the second largest
resort operator in Cuba

As for the future, Hunter believes any change and transition will be smooth. You can see Cuba opening up to foreign investment. There are a lot of major deals already planned with China and Saudi Arabia and you can expect a lot more deals to be announced shortly.

There will also be an Air China flight directly to Havana starting next year. It is interesting that of all the Caribbean, the Chinese have chosen to go to Cuba.

And it’s only just started. The biggest boost, he says, will come from the cruise sector. It’s a whole new destination for Americans and its just 90 miles off the Florida coast.

However, while yesterday’s announcement was a major step, the Cuban Foreign Ministry indicated that hurdles still remained in the thaw of US-Cuba relations due to the US embargo on Cuba.

“There could be no normal relations between Cuba and the United States as long as the economic, commercial and financial blockade continues to be fully implemented, causing damage and scarcities to the Cuban people,” read a statement received by CNN.

“The blockade is the main obstacle to the development of our economy; it is a violation of International Law and affects the interests of all countries, including those of the United States.”

Obama has relaxed several of the prohibitions on trade and travel that have existed between the two countries, but many remain in place and can only be removed by legislation.

The president called Wednesday for Congress to lift the embargo that prevents Americans from travelling or doing business in Cuba.

But Congress, controlled by Republicans, has shown little sign that it intends to end the embargo, and several GOP presidential candidates expressed their opposition to the shift in policy.

But as Hunter predicts, change will come. Meanwhile, his advice is very valid, if you really want to see Cuba before it changes, and you want to do so while it is still relatively affordable – now is the time.