Just For Laughs veteran, international headliner and winner of Last Comic Standing, Alonzo Bodden, returns to the Festival as host of local favorite, the Ethnic Show. This show wouldn’t be complete without a gathering of some of the most diverse comedians each with their own respective upbringing and unique view of the world.

Making his first Just For Laughs appearance on the English stage, French mega-star Rachid Badouri, talks about his hilarious upbringing as a Moroccan raised in Montreal. Italian Canadian, Frank Spadone, will share what it’s like growing up in a household where all the furniture is covered in plastic. Ahmed Ahmed will have audiences exploding over what it’s like living as an Arab-American in 2015. Dan Naturman provides his Jewish-American perspective – no guarantees that what he says is going to be kosher. Hailing from London via Nigerian parents, Gina Yashere and her infectious personality and cheeky observations will wow audiences of all backgrounds. Finally, Ronny Chieng, of Chinese descent, who was born in Malaysia, raised in Singapore and educated in Australia, proves that his life journey has been an audition for the Ethnic Show.

The popular Ethnic Show is the most culturally diverse show of the Festival – all are welcome! The entire 18 show run will be presented by National Bank Club Series exclusively at Club Soda from July 8th – 19th. 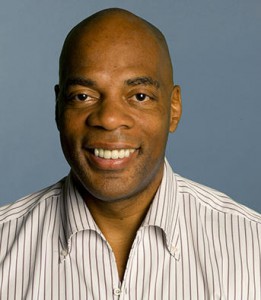 He’s a worldly comic: An international headliner, Alonzo performs comedy around the world including; the Kilkenny Ireland Comedy Fest, Sydney Australia, Brighton Beach in the UK, and heʼs entertained the troops everywhere from Iraq to Greenland.
He’s a winner: Introduced to America on NBCʼs Last Comic Standing, Alonzo was runner up on Season 2 and came back to win it all in Season 3.
He’s also a bodyguard: His movie career has consisted mainly of playing security guards and heʼs protected the very best from Steve Martin and Queen Latifah in Bringing Down The House to Leslie Nielsen in Scary Movie 4. 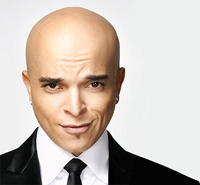 People like him: Rachid’s “Badouri Reloaded” Tour has sold over 200 000 tickets during the course of 250 shows.
He’s known around the world: He has made several appearances on French TF1 shows Vendredi Tout Est Permis.
He does good deeds: Last year Rachid performed his show at the La nuit du rire event in Haiti in order to raise funds to help rebuild schools that were destroyed by the earthquake in 2010. 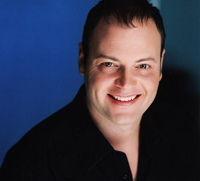 He started young: Frank showed his comedic side early in life, imitating people and doing various accents as a child. In high school, Frank got up in front of the student body and imitated his principal. As it turned out, everybody loved it, including the principal.
His humor is genetic: Frank credits his natural ability to two people: his maternal grandmother, Mama Teresa, who was quite the jokester and extremely quick-witted, and his paternal grandfather, Papa Cheech, who was known for his story telling ability. 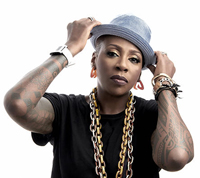 She wins awards: Gina picked up her 4th award in a row for Best Female Comedian at the recent Black Entertainment & Comedy Awards in the UK.
She’s a woman of many skills: Following an early career as an elevator engineer, Gina made her comedy debut at the Edinburgh Festival in 1997. The show sold out almost immediately and overnight both audiences and critics were smitten.
She’s a psychic: Gina became known in the US for her regular, hilarious appearances on The Tonight Show with Jay Leno as Madame Yashere, The Surly Psychic. 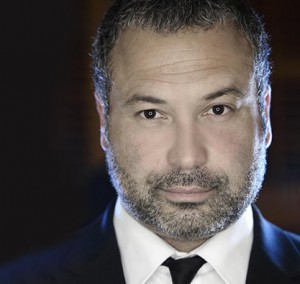 He appears in cool movies: Ahmed has appeared in a handful of blockbuster and cult hit features including Swingers, Iron Man, and You Don’t Mess With The Zohan!
He’s a critically acclaimed documentarist: In 2011, Ahmed made his ground-breaking documentary Just Like Us. The film premiered at Tribeca Film Festival, and went on to be selected at 30 international film festivals.
He makes history: In 2005 Ahmed co-founded and performed in the Axis of Evil Comedy Tour which aired on Comedy Central as the first ever Middle Eastern stand-up comedy special. 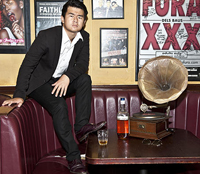 He’s got street cred: Ronny opened for Dave Chappelle and Bill Burr on their separate national tours of Australia in 2014 and 2015 respectively.
He’s cultured: Ronny was born in Johor Bahru, Malaysia, raised in New Hampshire, MA USA and later Singapore. He then moved to Australia for college, where he currently resides.
He’s a genius: In 2009, Ronny graduated from the University of Melbourne with a Degree in Commerce and a Degree in Law.

He’s got talent: Dan had a killer run on this season’s America’s Got Talent, having been the only comedian to be voted into the semi-finals.
He’s brainy: Dan began performing stand-up comedy several years ago in law school!
He’s a real winner: He is also known to his fans as the “real winner” of NBC’s Last Comic Standing 2 a few years back, where he was the favorite of celebrity “judges” Drew Carey and Brett Butler.

The 33rd edition of the Just For Laughs Festival promises to be the most star-studded lineup ever with a living legend,  TV and cinema’s biggest comedy names, top touring comedians, cult-favourites and up-and-comers all converging on Montreal this summer. Galas, street performers, theatrical productions and stand-up shows in indoor venues and in the streets. Guaranteed to keep audiences in stitches.