“We’re delighted to have so many new members that came to Lyric Singers last fall. We have a large 48-member cast that will be taking the stage this spring for our Back To Broadway show. We have a lot of singers in their twenty’s and thirty’s who bring an enthusiasm that has energized the whole cast.” Bob Bachelor is the Musical
Director of Lyric Singers, celebrating its 25th Anniversary this year, and we recently spoke about the company’s
upcoming June shows at Concordia’s downtown DB Clarke Theatre. 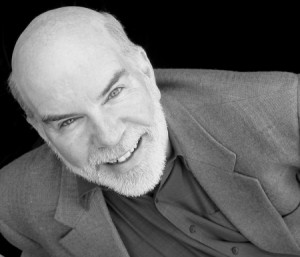 “We have a swing set of Gershwin material, some classical Broadway material and some songs from newer shows. We’re really excited about our Hairspray medley. We have a contemporary arrangement of an old favourite, My Romance, which you couldn’t tell is a Cole Porter song.”

Becoming a member of Lyric Singers requires a commitment to weekly rehearsals that increase to two and even three times a week a month prior to a show. Bob describes the process of
selecting a repertoire for the annual show. “I try to serve two objectives. The first is to choose songs that will get the singers hooked and that they’ll enjoy performing. The second is to consider the audience; that they will follow the enthusiasm of our singers.” Continuing, Bob adds; “I’m an emotional person, and I’ve got to find an emotional hook for myself in each song, and we all hope that our emotion comes off the stage.” 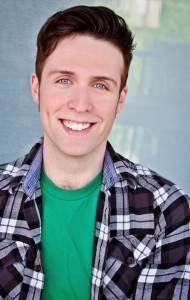 Co-Director Chris
Barillaro, currently one of the most-sought-after musical directors in the Montreal theatre scene, adds to the conversation; “A Broadway show has so many elements in addition to the music. Staging, costumes, and acting all add to the preparation, and our Lyric shows include all that. The DB Clarke Theatre is a professional theatre – ideal for this show.”

This year’s show covers a broad spectrum, with 37 songs from 26 composers and 21 shows. Songs from Chicago, Hairspray, the irreverent Book of Mormon and hilarious The Producers will be featured alongside music from Company, Catch Me If You Can, Finian’s Rainbow, Beauty And The Beast and Spring Awakening.

The cast is supplemented with six musicians. Long-time choreographer Mary Sarli is joined by Cathy Burns who shares some of the staging
duties. The Back To Broadway team also includes lighting designer Paul Ludwig Teichgraber and sound designer Rob Burgess.