It was the summer of 1986, almost three decades ago, when Huey Lewis and the News last performed in Montreal. It’s been a long, long wait. But finally their blend of marvelous harmonies and joyous rock will once again grace a Montreal stage.

The Heart of Rock n’ Roll will be beating at Place des Arts’ Salle Wilfrid-Pelletier on July 1st. 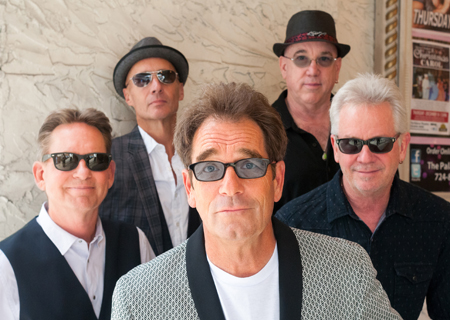 As one of the great concerts of this year’s Montreal Jazz Festival, the Heart of Rock n’ Roll will be beating at Place des Arts’ Salle Wilfrid-Pelletier on July 1st.

Huey Lewis and the News topped the charts in the mid 1980’s with their hits: Stuck with You, Hip to Be Square, If This Is It, Doing It All for My Baby, Workin’ for a Livin’, and The Power of Love (featured in the time traveling hit movie “Back to the Future”).  At this time, during the heyday of MTV and VH1, Huey Lewis and The News infused their music videos with generous amounts of humor – thus continuing their panache for entertaining audiences.   During the following years the band continued to tour and released various acclaimed albums, including “Four Score and Several Years Ago”, a triumphant compilation of 1950s and 1960s rhythm & blues covers.

For anyone who has never seen Huey Lewis and The News perform live, you can expect to be thoroughly impressed by the band’s substantial    vocal skills. These talents are featured during an a cappella segment – a  perennial highlight of their concerts.

For an evening of pure, exuberant rock n’ roll – Huey Lewis and The News is the only ticket you need!