The man who provided entertainment for so many Montreal area weddings, corporate parties and concerts has decided that it’s time to devote more time to his family – and maybe his tennis game. One of Montreal’s great ‘characters’ is stepping aside, and our entertainment scene will lose some of its sparkle in the wake of Sheldon Kagan’s retirement. 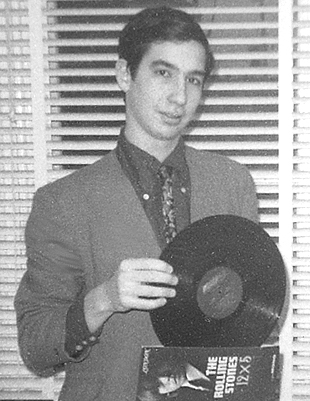 “Hi – my name is Shelly The K, and I’d like to entertain your parishioners.” This was the straightforward introduction that fifteen year-old Sheldon Kagan used to introduce himself to the priest at St. Paul’s Anglican Church 50 years ago. Located across the street from The Jewish General Hospital, the Friday night dances hosted by Shelly The K were the first engagements in an entertainment business career that would span 50 years.

“They paid me $25, and I brought my records, sound system, and a light show. I organized friendly contests during the evening, and got everyone involved and up on the dance floor.” That attention to the organization as well as the ‘fun’ part of a party propelled the young entrepreneur into a career in the entertainment business that would grow to include Salon de la Mariée (Canada’s longest running bridal Show), wedding receptions, corporate parties, concert promotions, and trade shows at The Montreal Convention Centre and other major exhibition halls. 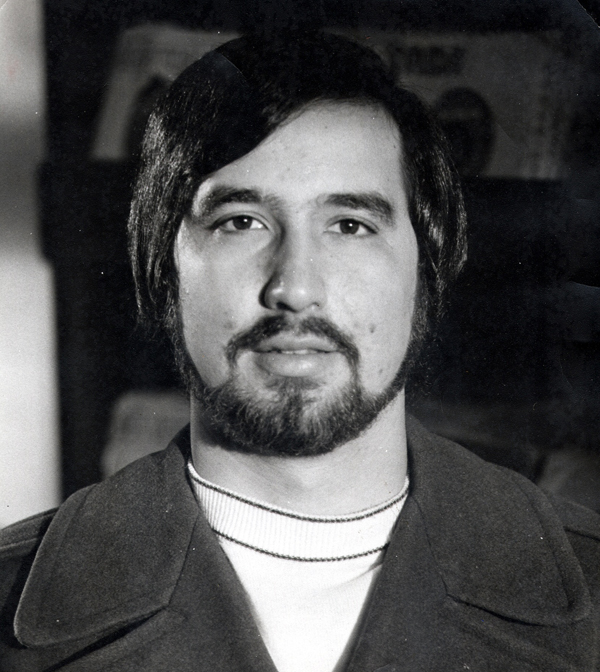 An experienced
promoter while still a teenager

Sheldon’s start in ‘the business’ reads like a story from famous motivators such as Dale Carnegie or Napoleon Hill. It’s a story of hard work, imaginative thinking and the rewards that come from treating others with respect. “After those initial shows at St. Paul’s – I knew that this was what I wanted to do in life. I quit school and took a small apartment a few blocks from my parents. I didn’t have much money – and I needed records to play at my dances. So I developed a few economical ways to get them. Radio disc jockey Dave Boxer regularly had contests to give away records. He had three telephone numbers that he gave out; which differed only with the last digit. I’d dial the first 6, so all I had to do was dial one digit to get through. Dave would say on air; ‘Whatdya know – it’s Sheldon Kagan on Line 4 who wins Glad All Over by the Dave Clark Five’.” 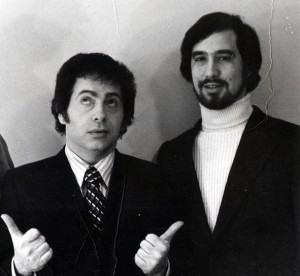 Jackie Mason was an opening act for Sheldon

“I also made deals with local record company promotion people to give me copies of their new releases, on the condition that I’d promote the records at my dances. More importantly, I also reported back to them about how these new releases were received by the people at the dances. This was a unique service that the radio DJs couldn’t provide. I asked Dave Silver at The Record Cave on Crescent to lend me his newest records – and in return I’d promote his store, telling people that they could get the latest hit records at The Record Cave. These arrangements gave me the latest hit records to play at my dances.”

The ‘formula’ worked. Sheldon received more and more bookings, and hired enough DJs that his company could handle 14 events in one night. Sheldon made the rounds to each event – ensuring that the customers were happy. 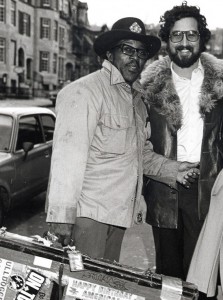 Salon de la Mariée was initially an idea to promote Sheldon’s DJ business. “I thought that if I organized a trade show for brides-to-be, I’d have great opportunity to promote my DJ and party business for their wedding receptions. Salon de la Mariée sure did that – but it also turned into a very successful business unit that continued for 35 years.”

Sheldon Kagan’s career as an impresario included producing shows for Montreal area bands such as The Haunted, The Rabble, Bartholomew Plus 3 and many more. “I booked them into high school dances and universities.” Sheldon went on to produce shows at Place des Arts with jazz greats like Buddy Rich, Duke Ellington, Miles Davis and The Glenn Miller Orchestra. Popular music artists such as George Benson, Loggins & Messina and more recently – The Commodores and Dionne Warwick all answered Sheldon’s call to perform in Montreal.

He was just nineteen when he booked his first show at Place des Arts. That and subsequent shows were such a success that the New York talent agency flew Sheldon down to discuss future shows. They were surprised by his youth, looking behind him to see if ‘this guy’s father’ was going to come into the office. 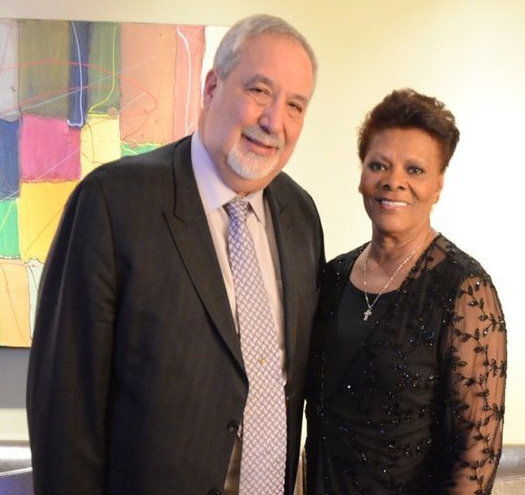 Dionne Warwick was so impressed with Sheldon and the Kagan family’s organization of her show and Montreal visit in 2011; that she recommended her niece Whitney Houston should accept Sheldon’s offer to perform three shows at Place des Arts. Houston’s battle with substance abuse was common knowledge, but she appeared to be making progress, and Warwick thought that the Montreal dates would be good for her niece. “It wasn’t too long after Dionne left Montreal when our son Barry called to tell us that the Whitney Houston concerts would not happen – that she had passed away.”

An earlier and much happier reminiscence involved musician and band leader Artie Shaw. “In addition to being a famous band leader, Artie was somewhat famous for marrying movie stars. He had been married seven times, including Lana Turner and Ava Gardner. At 74, he came out of retirement to do a concert for me. When I picked him up at the airport, I asked if he and his girlfriend (she couldn’t have been 30) would like to join my wife and me for dinner. Artie said that he’d prefer to go to our house and play cards, and order in some food – and ask our neighbours to join us. My neighbours came over and we all played cards with one of the greatest jazz musicians in our kitchen until the wee hours of the morning. Artie Shaw’s concert the next night was a terrific success.”

Anecdotes such as these will be part of a book that Sheldon will soon begin to write. With a 50 year career – it may become a large book. Plans are also in the works for Sheldon to offer motivational speaking engagements in schools, urging students dare to dream – and to then follow those dreams. 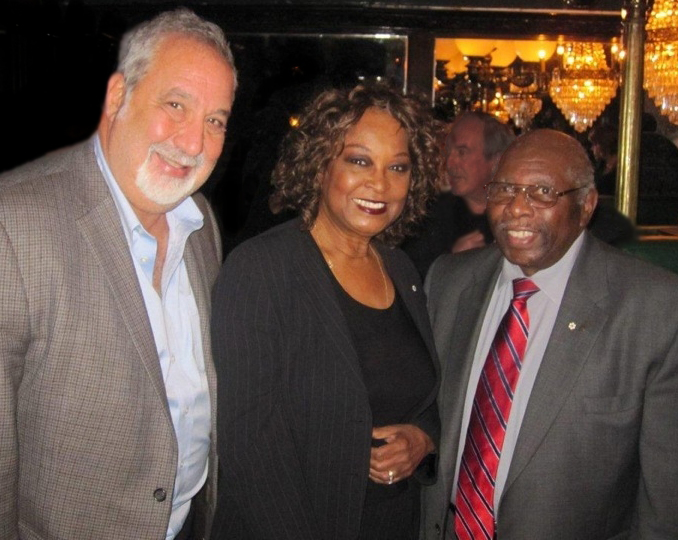 Sheldon recently announced his retirement on Andrew Carter’s CJAD morning show and Jamie Orchard’s Focus Montreal on Global TV. After celebrating his 35th Salon de la Mariée and the 50th Anniversary of when Shelly The K entertained the folks at St Paul’s, Sheldon told me that he believed that it was time to retire. “This is hard for me to do. Am I apprehensive? – Yes. Am I sure this is the right thing to do? Absolutely!”

Sheldon goes on to explain that while emotionally it was a difficult decision – he is certain that at this time of his life it is the right thing to do. “Linda and I want to enjoy the next chapter in our life together.”

Sheldon, his son Barry and grandson Turner walked the runway at the Salon de la Mariée for the last time in mid-February. Three generations of Kagans saying Adieu. Shortly thereafter, on the day after what may have been his last job as a DJ and party organizer, Sheldon took his whole family for a winter-time visit to Granby Zoo. While most families will pack into the family van; Sheldon hired a stretch-limousine to take the whole family. Daughter Marlene quipped; “If this is retirement – it’s pretty darn good!”

Thank you Mr. Entertainment for so many wonderful dances, shows and those lovely wedding receptions that made all those brides so very happy on the best day of their lives. Bravo Sheldon!