D’Artagnan, Al Capone and Others – Weapons and Legends 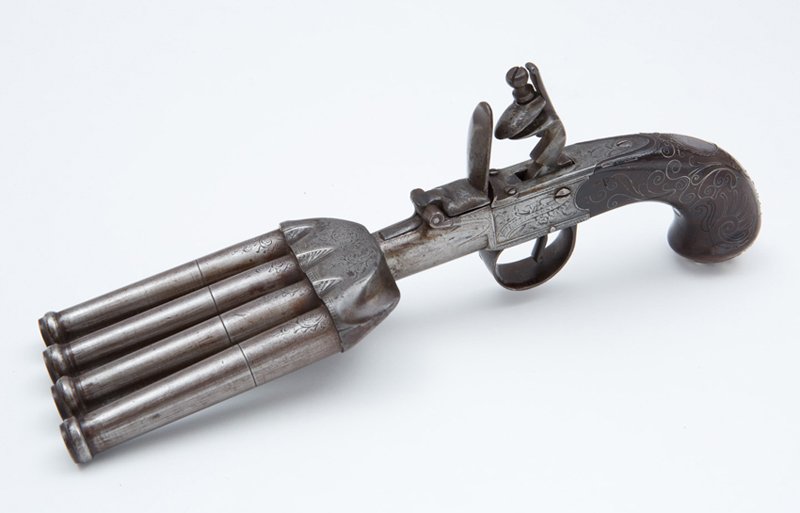 Beginning February 25, 2015, just in time for spring break, the Stewart Museum presents D’Artagnan, Al Capone and the Others –Weapons and Legends, an entertaining exhibition featuring real and fictional characters from our collective imagination. They’ll be accompanied by one hundred weapons and other objects from the Museum’s collection. Legendary figures from classic and contemporary films and literature, such as Don Quixote, Lucky Luke, Blackbeard, James Bond and Che Guevara, are all brought back into action with their weapons of choice.

Twenty-five Great Characters under One Roof

Showing until November 1, 2015, the exhibition takes visitors from the 13th to the 20th century, inspiring thought about the relationship between weapons, violence and justice. Divided into six zones – knights, cowboys, spies, pirates, gangsters and revolutionaries – the exhibition allows young and old to reconnect with scoundrels and heroes known for their prowess with weapons. Popular film and sound clips as well as literary excerpts help to tell their stories.

Weapons that Made History 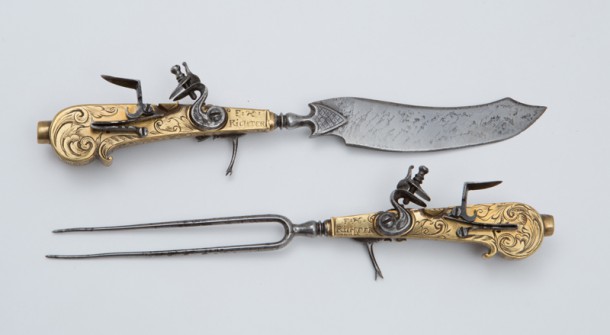 The weapons chosen, several of them never exhibited before, are true works of art that have stood the test of time. In the knights’ zone, pieces of armour such as the morion (helmet), remind us of Don Quixote, while a 17th – century musketeer type of sword makes reference to D’Artagnan. On display in the cowboys’ zone, are the Colt Thunderer revolver and the famous Colt Pocket, straight out of the Lucky Luke cartoons. The spies section has 007’s Walther PPK as well as a Gyrojet pistol, made famous in the film You Only Live Twice (1967).

The gangsters’ zone features a Thompson sub-machine gun from the Al Capone era and a Molson’s bank gun from the first quarter of the 20th century.
In the pirates zone, visitors have a chance to see a four-barrelled “duck’s foot” pistol and a rare knife and fork pistol set. Finally, the revolutionaries’ zone has a beautiful Turkish rifle made of precious materials, worthy of Lawrence of Arabia, and a crossbow reminding us of the Swiss hero William Tell. 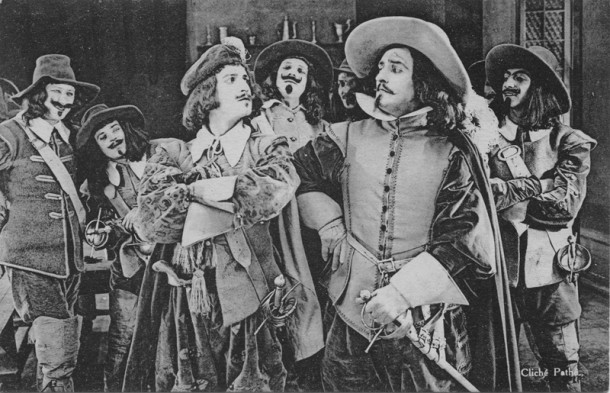 Cultural activities for all ages will take place while D’Artagnan, Al Capone and the Others is being held. Families coming to the Museum during spring break will be able to discover the exhibition through a treasure hunt, make headgear inspired by a famous character, hear a tale of adventure and see epic films about Zorro (1920) or Peter Pan (1953). That’s not all –children from 4 to 10 years of age are invited to see the permanent exhibition History and Memory. Two booklets are provided to add fun and enrichment–one for children aged 4-6 about animals, the other for 7-10 year olds on the theme of clothing.

The Stewart Museum is open from Wednesday to Sunday from 11 a.m. to 5 p.m.

About the Stewart Museum
The Stewart Museum, a private, non-profit history museum, was founded in 1955 by philanthropist David M. Stewart. The institution holds a unique collection of nearly 27,000 artefacts, archival documents and rare books that show the European presence in New France and North America up to the present. The Museum’s main mission: to conserve and exhibit these objects, which relate to the voyages, scientific advances, feats of arms, beliefs and daily life of our ancestors. This Montreal organization is located in the arsenal of the British fortified depot on Île Sainte-Hélène, a 19th century military construction.