Alan Doyle met his band mates in Great Big Sea while they were attending Memorial University in St. John’s Newfoundland. Since forming in 1993, the band has toured in sixteen countries (including Australia), all Canadian provinces and most states in the US. Great Big Sea has recorded nine studio albums, two live recordings and a produced a special 20th Anniversary package in 2013. Five albums were certified Gold and four went Platinum, based on sales. The band has toured extensively since its inception in 1993. It’s a long way from the small fishing village outside St. John’s Newfoundland where Alan grew up and started playing music.

Alan’s family lived in Petty Harbour, a village of 950 people about 15 minutes south St. John’s. “My family are all musical. My Mom taught piano and music was in the air at our house. My Dad Tom has a great voice and is locally famous for his singing. Every time there was a Christmas concert or they needed a band for the local club, it was ‘Call up the Doyles and get ‘em down here’.” As a teenager Alan played in his Uncle Ronnie’s band, the Sandelles. While he lives in St. John’s with his wife Joanne and son Henry, it’s fair to say that a big part of his heart his heart remains in Petty Harbour.

Several of the Great Big Sea band members have projects outside of their involvement in the band. “I consider Great Big Sea to be the mother-ship, and once in a while it’s fun to take a trip away, knowing that the security of the mother-ship is still there.” Continuing, Alan adds; Sean has been producing his solo albums for a while now, and Bob Hallet owns a restaurant in addition to his writing and teaching activities. So in an important way – our solo efforts provide a creative outlet for us as individuals.”

“Performing for the large audiences that we attract with Great Big Sea is completely humbling. It’s magical to me that we can be performing for thousands of people in Germany and other countries where they all seem to know the words and sing along with us.” 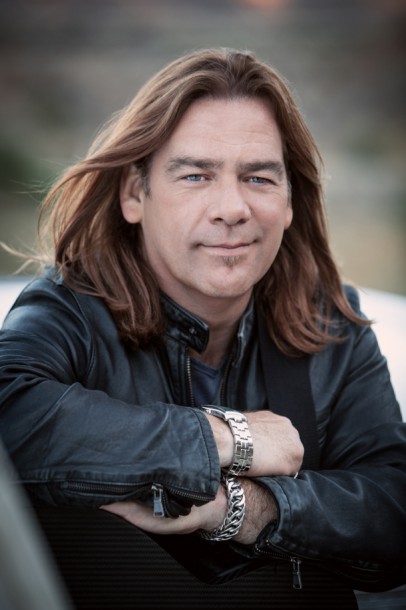 Alan has appeared in several episodes of The Republic of Doyle, the hugely successful show created for CBC Television by former Petty Harbour native Allan Hawco. “Allan’s older brother Greg was in my first band in high school, and yes – we did let Allan play ball hockey with us older kids.”

In the episodes of The Republic of Doyle Alan has appeared as the character Wolf Redmond. In one episode his character is a convict alongside a fellow inmate played by Gordon Pinsent. He also had a role in the remake of Robin Hood where he co-starred with his Oscar winning buddy Russell Crowe, Kevin Durand and Scott Grimes. Crowe reciprocated by taking on a role in the first episode of Republic of Doyle’s third season.

Continuing to speak about his involvement with Republic of Doyle Alan adds; “After being on stage for so many years, acting came fairly naturally. It was an organic transition from a stage to a TV set. Also, I learned a lot from the professional actors about where to stand. Allan has made a great contribution to the economy of St. John’s and also to tourism development for Newfoundland.”

Boy On Bridge was Alan’s first solo recording was produced in 2012, and it contained two singles; Boy On Bridge and Testify. The creation of the album was filmed, and resulted in a documentary of the same name. The video of Testify, excerpted from the film was nominated for a 2012 Juno Award.

Published this year, Where I Belong is an autobiographical book describing Alan’s early life growing up in the fishing village of Petty Harbour. In an interview with Lynn Saxberg of the Ottawa Citizen, Alan commented; “I never, ever thought of my young life as being kind of weird or spartan;” says the 45-year-old singer-songwriter. “It wasn’t until I was in my 20s that I went, ‘Oh, I guess it is kinda weird that my father hitchhiked to work, and we never had bedrooms until I was seven or eight.’ But it never occurred to me then, I guarantee you that. It was always a laugh: ‘We’re out of oil, let’s all sleep in the kitchen with the stove open.”

“Where I Belong was always sort of meant to be a love letter to my family, my mom and dad, and to Petty Harbour,” says Doyle, who was on a book tour last fall. “It’s a real thank you to my childhood, which was glorious to say the least. I’ve always suspected that I was kind of blessed in that way, but it wasn’t really until I started writing this book that I realized how lucky a young life I had.”

The Doyle family didn’t have indoor plumbing, but in the village of Petty Harbour, Alan didn’t realize that the family was poor. “We didn’t have much – but we were better off than the lot down the road. My mom made bread and we always had enough to eat. We may have run out of heating oil sometimes – but there was always lots of food on the table.”

“Alan honey, I don’t know how to make a loaf of bread…

I only knows how to make eight.”

… Jean Doyle from Where I Belong by Alan Doyle

The stories of Alan’s idyllic youth in a fishing village in Newfoundland have resonated with Canadians, and Where I Belong has achieved glowing reviews and is selling very well. Alan co-wrote a song by the same name with Russell Crowe. It’s a lament for the young people who leave Newfoundland and Labrador to find work in Toronto, Calgary and the oil fields of Alberta. Their families lament that they may never return. The poignant refrain of a young person longing for home; “I don’t know where I’m goin’ – but I know where I belong” brings on a thunderous applause from even the most jaded audiences.

Alan recounts how he learned to pick our songs on his father’s guitar, and when his Dad took him to St. John’s to buy a song book of popular songs by the Beatles, Creedence Clearwater Revival and other popular recording artists. He practiced those songs over and over and during one of those ‘out-of-oil’ kitchen parties, Alan asked for a turn to sing. He thoroughly enjoyed being the centre of attention, and no one knew it at the time – but it was the beginning of a musical career that would eventually lead him to Bob Hallett, Sean McCann and their founding of Great Big Sea. 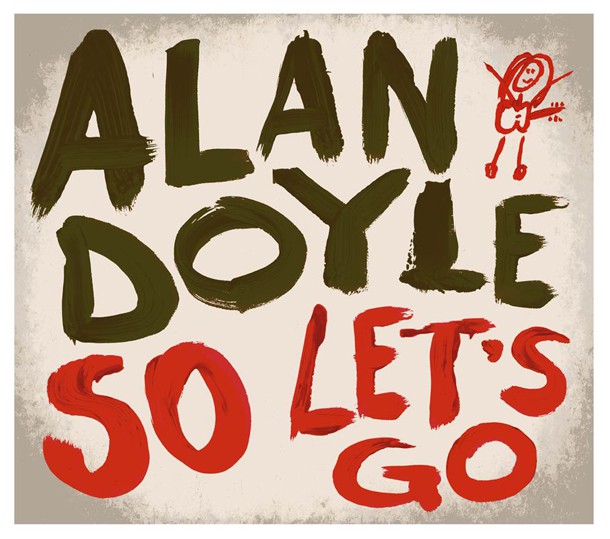 So Let’s Go is Alan’s second solo recording,
to be released on January 20

When Alan was just sixteen, his Uncle Ronnie asked him to perform with his group The Sandelles. It was a brief Sunday afternoon matinee, but for Alan it was an important milestone – his first professional job. Alan went on to perform with his Uncles Ronnie and Leonard for another five or six years, playing everything from country music to current hits and rock ‘n’ roll from the 50s and 60s. It was a great musical education. “I learned as much about music as I did about life in general, sometimes the hard way.”

A high school teacher of Alan’s recommended him for a summer job at the Newfoundland Museum. As much as he loved Petty Harbour, as a teenager Alan wanted to experience life beyond his home town. He got the job as a tour guide, and this provided him with a pay check that enabled him to eventually move to St. John’s. For the next ten years he worked at the museum by day, went to evening classes at Memorial University, and then sang in pubs and clubs from 10pm until 1 or 2 o’clock in the morning.

It was during those club dates that Alan found his voice as a lead singer, and honed his ability as a musician. Sean McCann and Alan were playing in clubs across the street from each other, and eventually they introduced themselves. McCann was planning to reform his band Rankin Street into a new band, and after playing music for a full day, the two musicians knew that they had the nucleus of what would become Great Big Sea.

Alan Doyle will be introducing his newest cd So Let’s Go when he performs at Club Soda on February 5. For tickets please contact Club Soda at 514-286-1010 or online: www.clubsoda.ca Enjoy!