Festival International de Jazz de Montréal has added the Grande Dame of Canadian jazz, Diana Krall, to the program of the Jazz All-Year Round series presented by TD. The artist will perform on May 29 in Salle Wilfrid-Pelletier, Place des Arts, presenting her new album, Wallflower.

A native of B.C., Canadian singer and pianist Diana Krall has experienced a remarkable rise since the mid-’90s, now ranking among the most important jazz vocal artists. Her repertoire bridges jazz standards and popular songs of the ’20s and ’30s.

A favourite of Montreal audiences since she first performed in a jazz festival cabaret for a week, Krall returns after her massive free outdoor concert for an enormous crowd during last year’s Festival International de Jazz de Montréal. That concert was a magical festival show; and added to the history of Montreal as a “City of Festivals”. 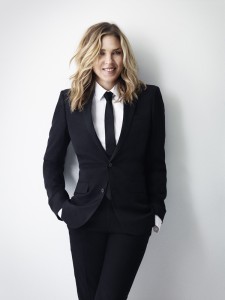 Diana will return to the more intimate confines of Salle Wilfrid-Pelletier, where she’ll unveil her new album, Wallflower, produced by David Foster. Accompanied by an orchestra, Diana will present her versions of some of the greatest classics of the pop repertoire from the ’60s to the present day, including timeless songs by Bob Dylan, the Mamas and the Papas and the Eagles.