A popular New Year’s tradition for the last twenty years

Salute to Vienna, the traditional Viennese New Year’s celebration will round off the holiday season on high note and festive mood at Place des arts on January 1, 2015. This will be the 20th anniversary of the event which has now become a Montreal tradition. It’s a day to dress up and celebrate the New Year with friends and family.

At the onset, the founders and producers, Attila and Marion Glatz, wished to introduce North America to the Viennese tradition of the Neujahrskonzert. To underline the 20th anniversary, the New Year’s event will travel to eight Canadian cities, from Quebec to Vancouver and 15 major American cities including New-York, Chicago and Philadelphia.

Under the direction of Swiss conductor Andreas Spörri, the Strauss Orchestra will play waltzes, czardas and polkas by Johann Strauss Jr. and his contemporaries while dancers from the Kiev-Aniko Ballet from Ukraine and international ballroom dancing champions will take the stage with spirited choreographies. Viennese soprano Birgitta Wetzl and popular Quebec baritone Gino Quilico, will sing excerpts from popular operettas. 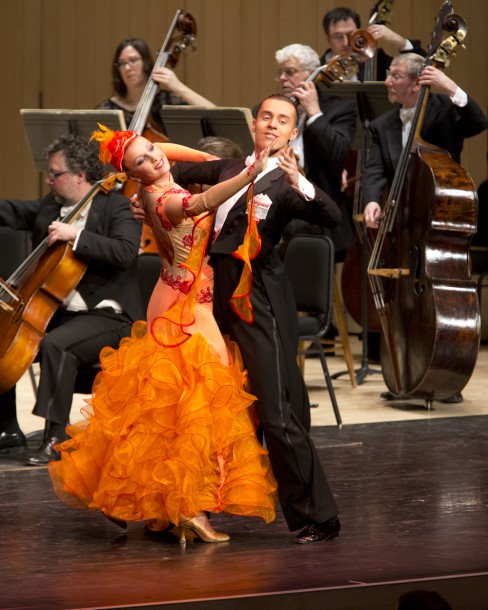 From 1992-2007 Maestro Spörri was Musical Director of the Hermitage Symphony  Orchestra – Camerata  of St. Petersburg.  Since 2010, he has been the conductor of the Vienna Opera Ball and the Opening Ceremony featuring soloists from the Wiener Staatsballett at the prestigious Wiener Staatsoper.

Birgitta Wetzl, one of Vienna’s most brilliant sopranos and soloist of the Vienna Volksoper is a graduate of the Graz Arts University. Finalist in 2008 of the renowned International Puccini Competition of Vienna, she has performed on the most prestigious stages in Europe.

Year after year, this sold-out concert brings to life a tradition that marks the beginning of a new year filled hope and joy. For more information: www.salutetovienna.com