The Messiah is a signature work in the repertoire of Les Violons du Roy and La Chapelle de Québec and has played a big part in establishing their reputation in Quebec, Canada, and the United States. Each new take on the iconic oratorio by the orchestra and choir marks a high point in the concert season. 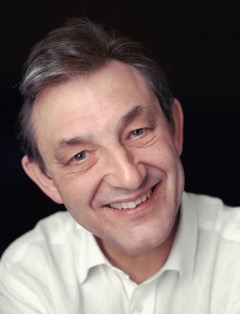 This year’s performance is in the hands of conductor and harpsichordist Trevor Pinnock, known worldwide as a pioneer in the use of period instruments for his work with the English Concert, which he directed for 30 years.

Trevor Pinnock is known worldwide as a harpsichordist and conductor who pioneered performance on historical instruments with The English Concert, the orchestra which he founded in 1972 and led for thirty years. He now divides his time between conducting, solo, chamber music, and educational projects.

The outstanding group of soloists who will perform The Messiah includes  Australian soprano Miriam Allan, known for her crystalline, fluid, and agile vocal qualities; Canadian mezzo Allyson McHardy, critically acclaimed for her arresting stage presence and golden tones; young British tenor Allan Clayton, now one of the most sought-after tenors of his generation; and British bass baritone Andrew Foster-Williams, returning to Les Violons du Roy to follow up on his sensational work in another of Handel’s oratorios, Theodora.